Mercedes-AMG rolled out the 300,000th unit of the G-Class has from the production line at Magna Steyr in Graz, 200 km south of Vienna. The record vehicle is a Mercedes-Benz G500 in a Designo Mauritius Blue Metallic shade with black leather seats and contrasting white stitching. 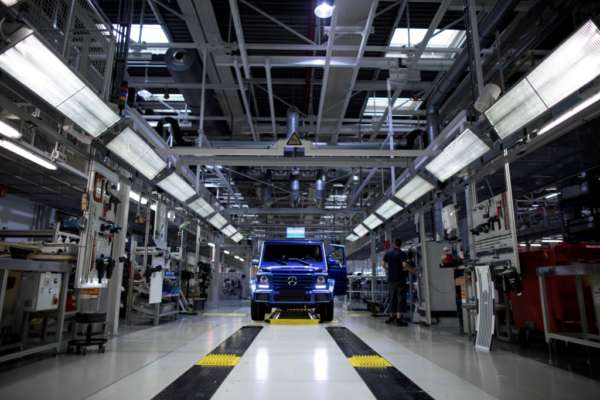 The G-Class in question comes equipped with an off-Road package including black 16 inch wheels with all-terrain tyres and a roof rack. This combination was selected by fans of the G-Class from all over the world, who voted for their favourite specification via the Facebook page of the G-Class. 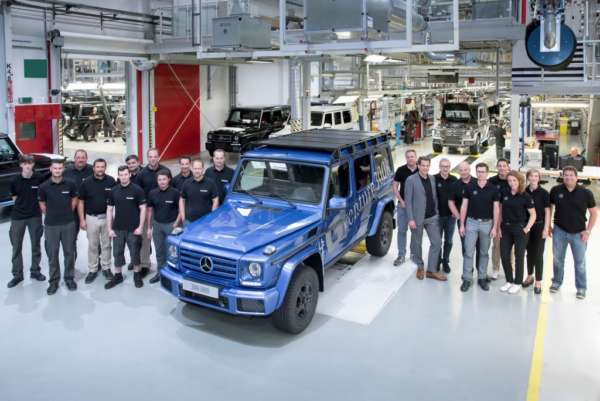 Speaking on the occasion, Gunnar Güthenke, head of the off-road product group at Mercedes-Benz, said that the G-Class has been produced by Magna Steyr in Graz, Austria, on behalf of Mercedes-Benz since 1979. Today the off-road icon is more successful than ever. The production of 300,000 G-Class models is an impressive milestone. The team which has contributed substantially to this success includes employees who have been part of the story of the G-Class for 38 years. They have enjoyed decades of successful cooperation with Magna Steyr in the production of the G-Class.