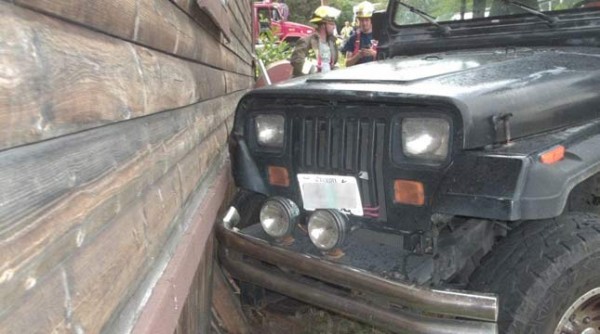 If you would have seen cartoon series like Dennis the Menace or Shinchan or the kids playing football near your proud possession, you would know how mischievous children could be. But what this three-year-old toddler did was something totally unexpected. Meet the real life menace who managed to sneak into his aunt’s Jeep Wrangler, get the car out of the gear and crash into a house.

KPTV FOX12 reported this incident from Myrtle Creek. A police officer saw this kid playing around with the Jeep. After noticing that the kid was not accompanied by an adult, the officer walked up to him as asked him where does he stay and why is he out all alone? After learning that child was home alone and was left on the responsibility of his relative, 22-year-old Brennan Pennington, the officer contacted her. He left after giving Pennington a warning. 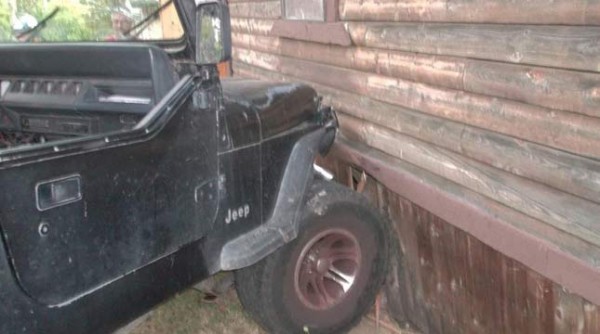 However, the child managed to sneak out of the house again and enter the Jeep. But this time, he accidently got the Jeep out of the gear. The car rolled off on the slope and hit a house. Nobody was hurt but the house and the Jeep suffered minor damage.

After the incident, the child ran back home and sat on the couch watching TV. The police officer saw the child sitting back home as if nothing happened.

Police said the family made a “civil compromise” with the homeowner regarding the damage to the house.

What precautions do you take so that your children do not enter the car alone? What sort of punishment should the guardians face if such incidents take place? Share your opinions through comments below. Stay tuned into Motoroids for all the updates from the world of auto.