German luxury automobile manufacturer Audi unveiled the new RS5 Coupe at the 2017 Geneva Motor Show last year. Now, a single unit of the model has been spotted in India. Finished in a shade of Misano Red, the new Audi RS5 was spotted completely undisguised, hinting that a launch is not far away. 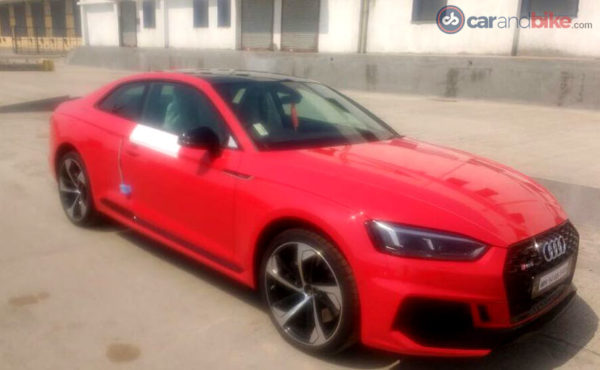 It is learnt that the new Audi RS5 will be launched in India on April 11, 2018. Propelling the 2018 RS5 Coupe is a new 2.9-litre twin-turbo V6 engine that replaces the 4.2-litre NA V8 motor on the outgoing model. The new engine is tuned to produce 450 hp and 600 Nm of torque, an increase of 170 Nm over its predecessor. Mated to an eight speed automatic transmission, power is sent to all four wheels via Audi’s famed Quattro four wheel drive system. Speeds of 0-100 kmph can be attained in 3.9 seconds while the top speed is electronically limited to 250 kmph. 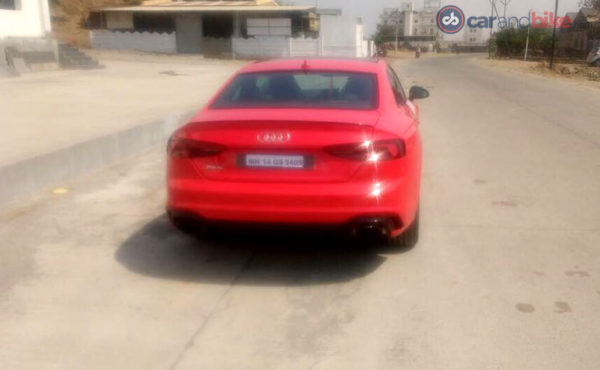 Design wise, the upcoming Audi RS5 Coupe receives a single frame grille at the front, larger wheel arches and 19 inch alloy wheels on either side while the 20 inch alloys are available as an optional feature. Inside, the model will receive RS specific features such as the flat bottom steering wheel, sport seats and sport pedals. Also on offer would be the company’s signature Virtual Cockpit digital instrument system. Once launched in India, the 2018 Audi RS5 will rival the likes of the BMW M4.

Audi
,
Audi RS5
,
News
,
Motoroids Comments
Facebook Comments
Leave a Reply Cancel reply
Popular Stories
Hyundai Creta 7-Seater Version: What Could It Be Like?...
Kawasaki Ninja H2 Gets Badly Hurt After Supercharged Rider Makes A Mistake...
TVS Motor Company And Sundaram Clayton To Spend INR 30 Crore To Fight The Virus...
Tom Cruise Mounts A Made-In-India Motorcycle For Next Mission Impossible Instalm...
Innovation In The Time Of Crisis, Only To Get Home...