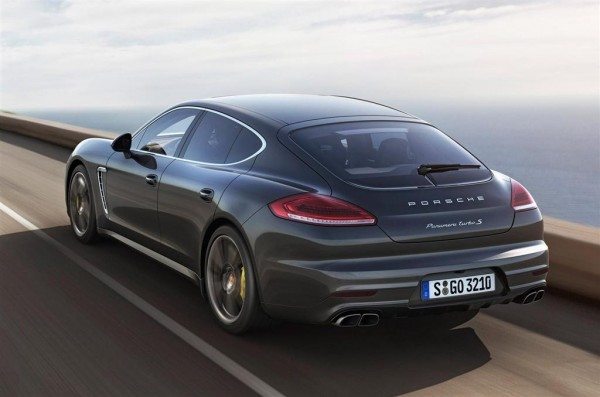 The Porsche Panamera was first introduced in April 2009. Since then, this 4-door luxury Grand Tourer, has received criticisms and praise. Many argued that the car’s styling for being a bit iffy, that it could have been designed with much better aesthetics in mind. Although the Panamera got some in the industry cringing for its controversial styling, the car impressed almost everyone who drove it and the car proved its mettle with its splendid performance. 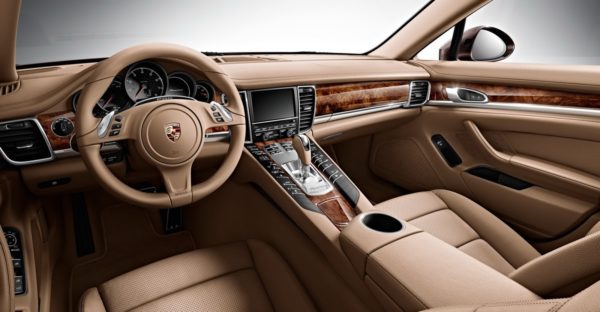 The button-rich cockpit of the current-gen Panamera.

The interior of this Porsche has always been a wonderful place to be in, with high quality materials, top-notch build quality and a tech-laden cabin that looks more like an aeroplane’s cockpit. Albeit being quite big in its proportions, the Panamera was no slouch in a straight line and could tackle corners with the kind of gusto, seen before only in 2-seater sports cars. It rightfully took its place in Porsche’s stable and came with punchy, yet efficient diesel engines, outright bonkers petrol engines and also an hybrid, this to keep the Greenpeace folks happy. 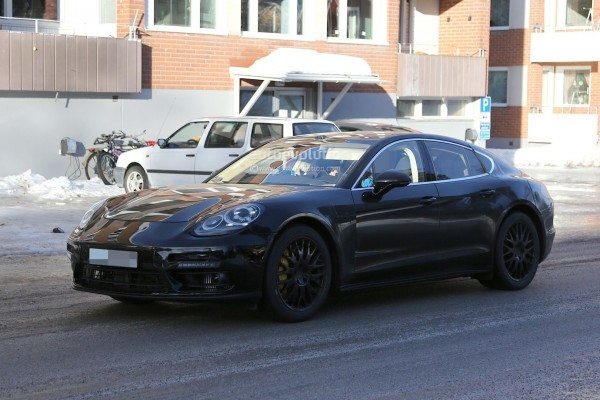 With the upcoming iteration, Porsche seems driven to eliminate all the rough edges of the older car and make the Panamera a bit more pleasing to the eye. As you are about to see in the spy shot of the interior, the German carmaker seems to have reworked on this Grand Tourer’s interior, as well. The vast plethora of buttons and switches seem to have gone down by quite a margin and that shows in the aptly named, spy image, below. 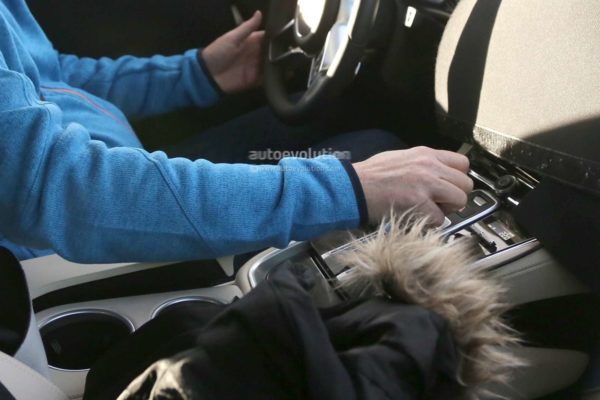 The cup-holders now feature accent lights, plus a heating and cooling function.

The interior of the 2017 Porsche Panamera, will be blessed (if you like an uncluttered cabin) with fewer buttons and switches. The cup-holders not only integrate some nifty features, but they are also bigger in size than the ones found in the current car. As far as the exterior is concerned, this newer model will have a slightly reworked body. Expect to find full LED headlamps, just as in the new S-Class. On the dimensions front, this new Panamera could be longer and wider than the current model. New all-turbocharged powerplants are also expected to appear under the bonnet with the new car. 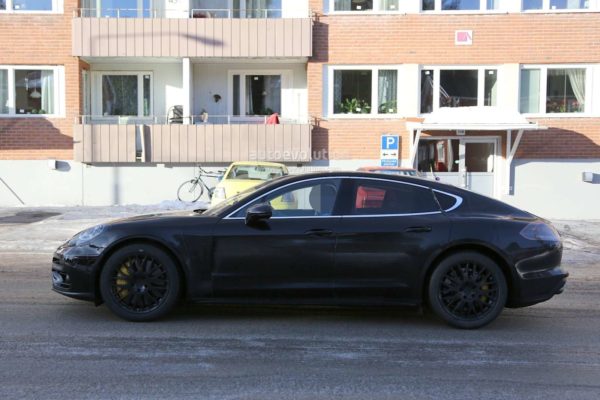 Porsche seems to have worked on the haunches of the new Panamera.

The above picture indicates that the rear-end of the 2017 Porsche Panamera has seen some design tweaks over its predecessor. This may or may not improve the aerodynamics, but will likely make the rear look nicer. That said, the side profile of the Panamera doesn’t appear all that fresh, albeit it does seem a bit longer than before. This time, the Porsche Panamera will be based on a new MSB platform. This lighter underpinning has helped the 2017 Porsche Panamera to drop almost 91 kg. Impressive feat, considering you still get all the cabin bells and whistles. The car is still under testing and will be introduced somewhere next year.