Marine Turbine Technologies or MTT will ring a bell in the minds of the millennials. Those are the guys who were responsible for creating the Y2K gas turbine superbike back in 2000. To put things in perspective, that was a time when the Yamaha YZF-R1 would deliver 140 bhp of power, the Suzuki GSX-R1000 did about 160 bhp, and so on. 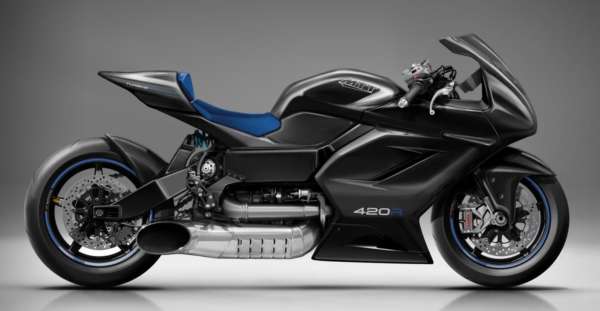 During the same time, the Y2K made a colossal 320 bhp @ at 52,000 rpm and 576.2 Nm of peak torque, capable of reaching a record breaking speed of 227 mph! It used a Rolls-Royce M250 turbine engine that was designed to power a Light Observation Aircraft. The manufacturer went on to showcase 420 bhp “Street Fighter” at the Las Vegas SEMA show followed by two new models, a 420 bhp trike and the 420-RR (Race Ready) in 2015. 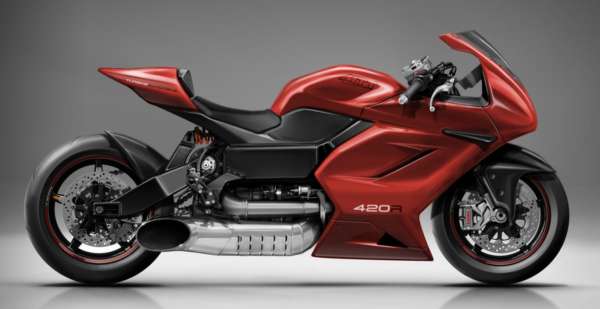 Now, MTT is working on the 2017 version of the 420RR which will deliver 420 bhp of power @ 52,000 rpm and a massive 500 ft lb (678 Nm) of torque at just 2000 rpm. The new turbine motorcycle will feature a redesigned body, carbon fiber fairings, a tubular aluminum frame containing the bike’s transmission fluids and reserve tank, a rear-mounted camera with LCD color display, SmartStart computerized ignition, steering damper, advance Öhlins suspension, carbon wheels and more. Oh, and although limited in numbers, it will be a street-legal production motorcycle. Here’s a video of the upcoming   hyperbike on the dyno.

How fast will it go? “Faster Than You Will Ever Dare To Go,” says MTT on its official website. We aren’t kidding. Go check it out yourself.