The new, 2017 Mercedes-Benz GLA is here with a minor face-lift, updated interior design, extended range of engines and new features.

The range-topping Mercedes-AMG GLA 45 4MATIC will also be offered as a special edition; Yellow Night Edition.

The world premiere is on 8 January 2017 at the North American International Auto Show NAIAS in Detroit. 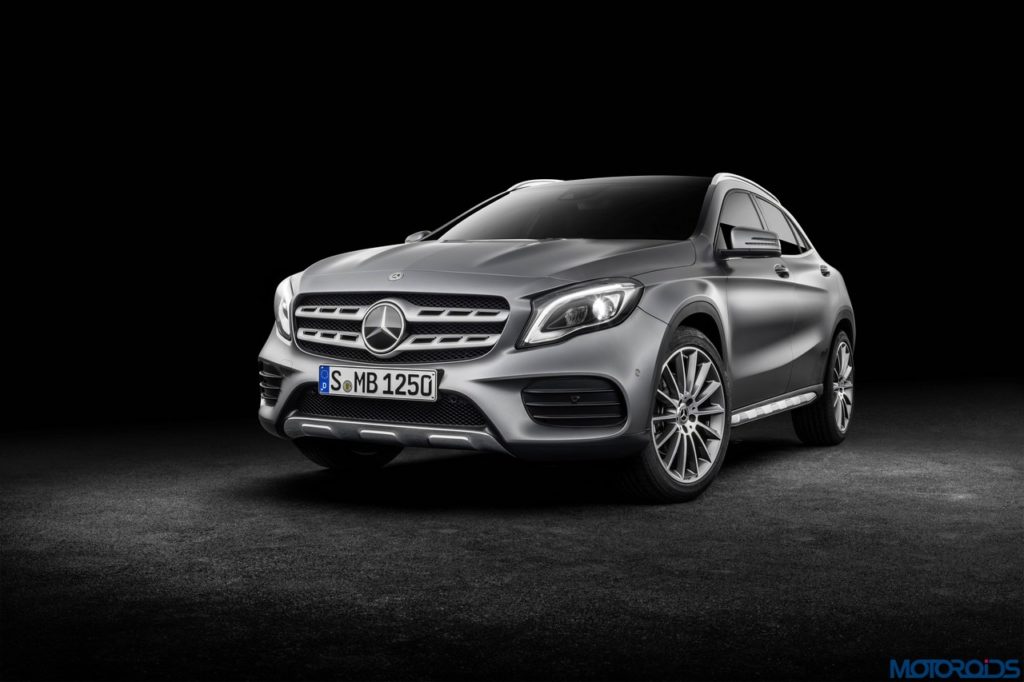 The new GLA will go on sale on 9th January, while first customer cars will start arriving from April 2017.

The GLA was launched in 2013, and this is its mid-cycle refresh. The main markets for this model are China, USA, Germany and Great Britain. 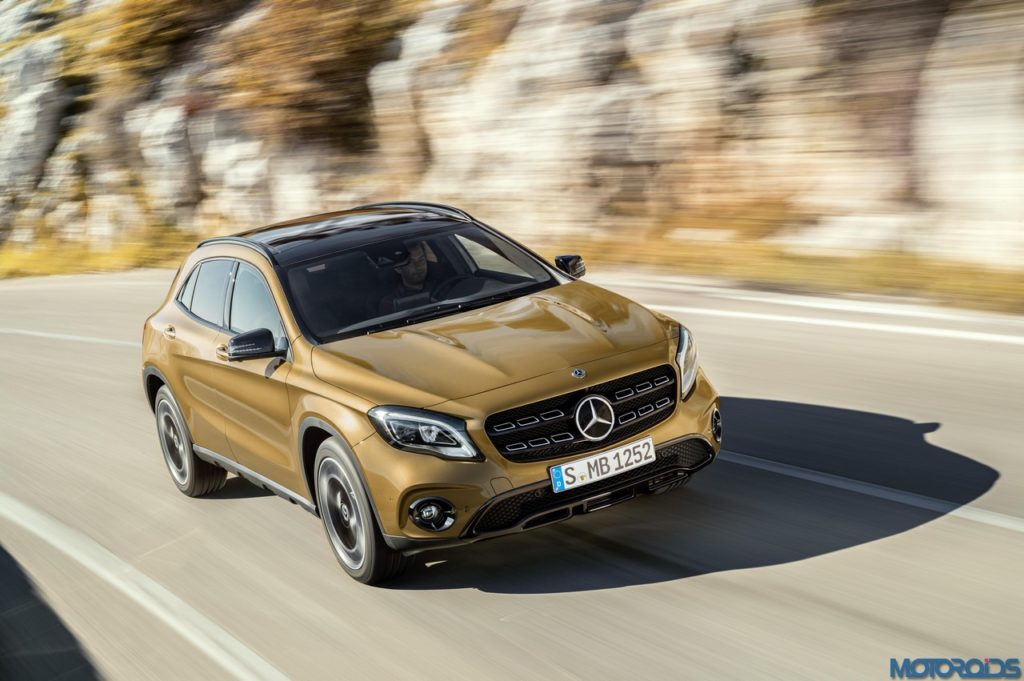 Modified bumpers, new light-alloy wheels and the addition of a new colour, Canyon Beige, are the headlining visual enhancements to the new GLA. The previous optional bi-xenon headlamps have been replaced by LED headlights.

The low-beam headlights use LED projector-beam technology, while the main beam uses LED reflector technology. At the back, the new GLA features LED High Performance tail lights with a multi-level function, while the brake lights and indicators are controlled in three intensities. 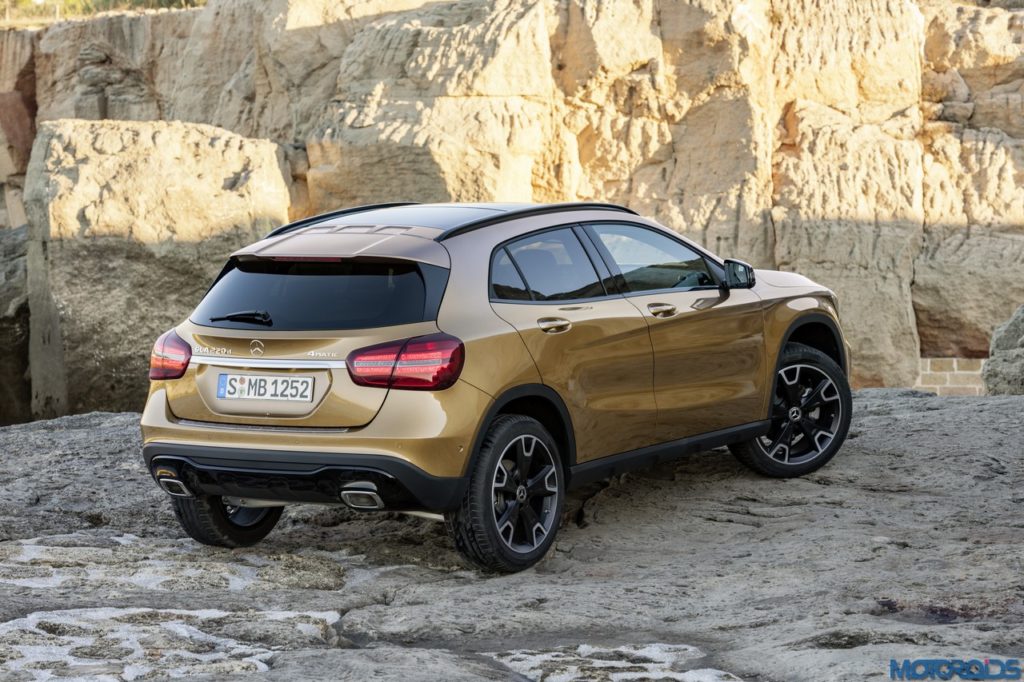 A round of discreet, aerodynamic optimisations in the design has also improved the cd value from the previous 0.29 to 0.28. 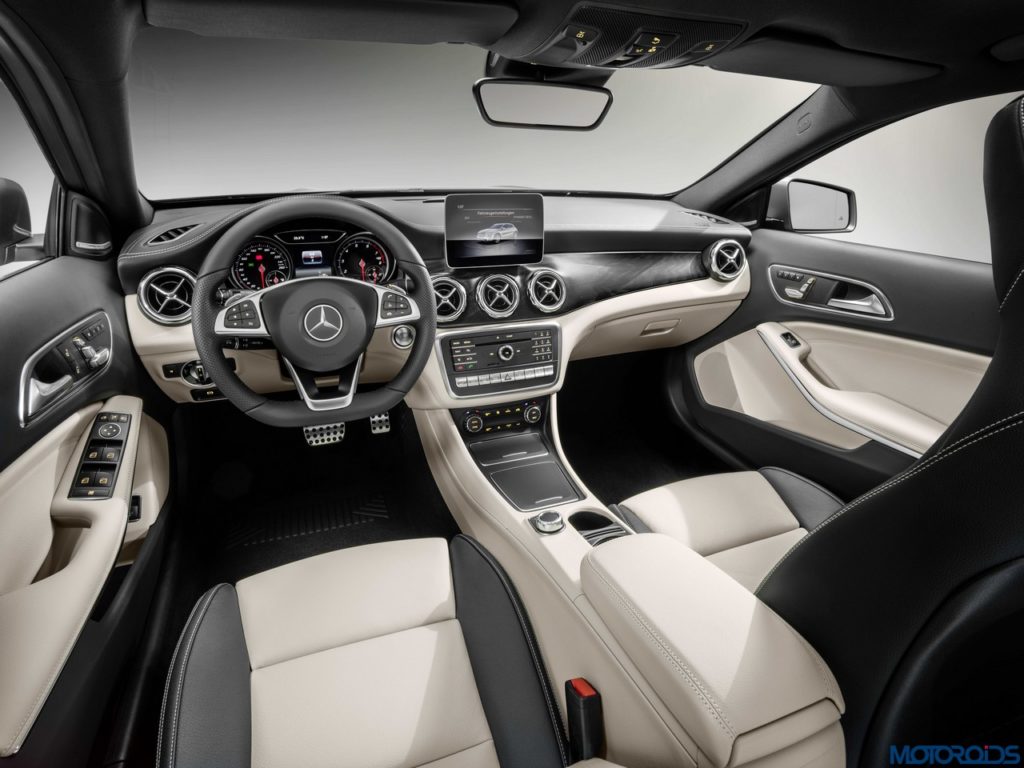 The interior of the GLA has been enhanced with new seat covers and trim parts plus chromed control panels.

The free-standing 20.3 cm (8-inch) media display is familiarly slim and easily legible, as are the new dials with red needles.

The control switches on the electric seat adjustment are now finished in chrome – and the stowage compartment in the centre console is also now surrounded by a chrome frame.

Exclusively available in this market segment, the new GLA’s 360-degree camera records the surroundings of the car, which are shown via the media display.

It is also possible to view the car from a birdseye view – produced from the data of four cameras: front, reversing and one camera in each of the exterior mirrors. 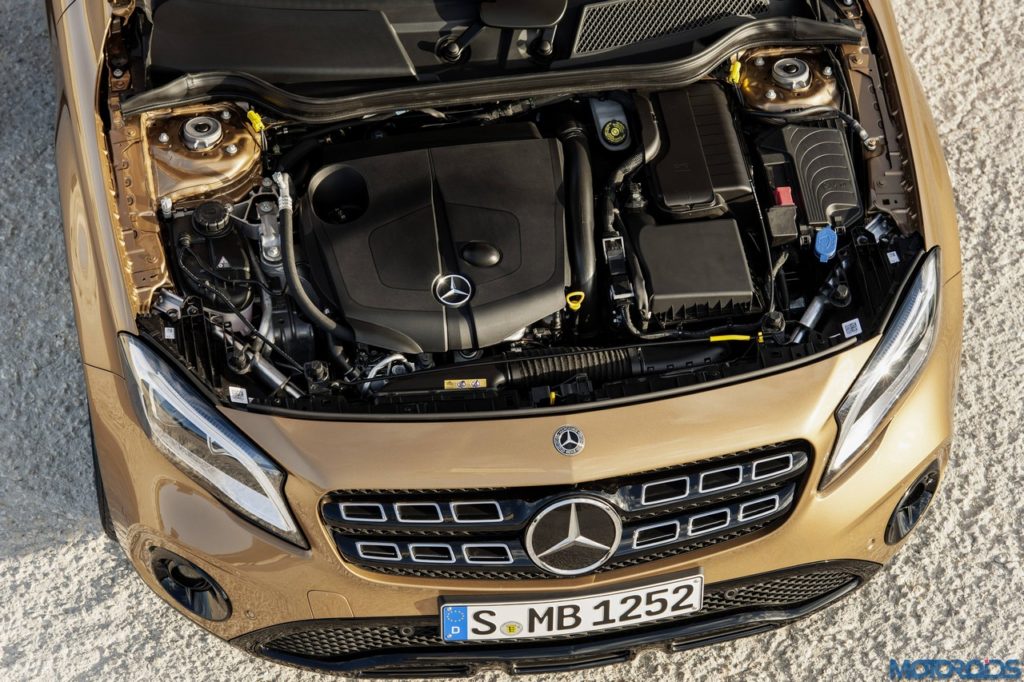 The GLA 220 4MATIC will in future supplement the model range with an additional all-wheel drive version in the petrol-engine segment. 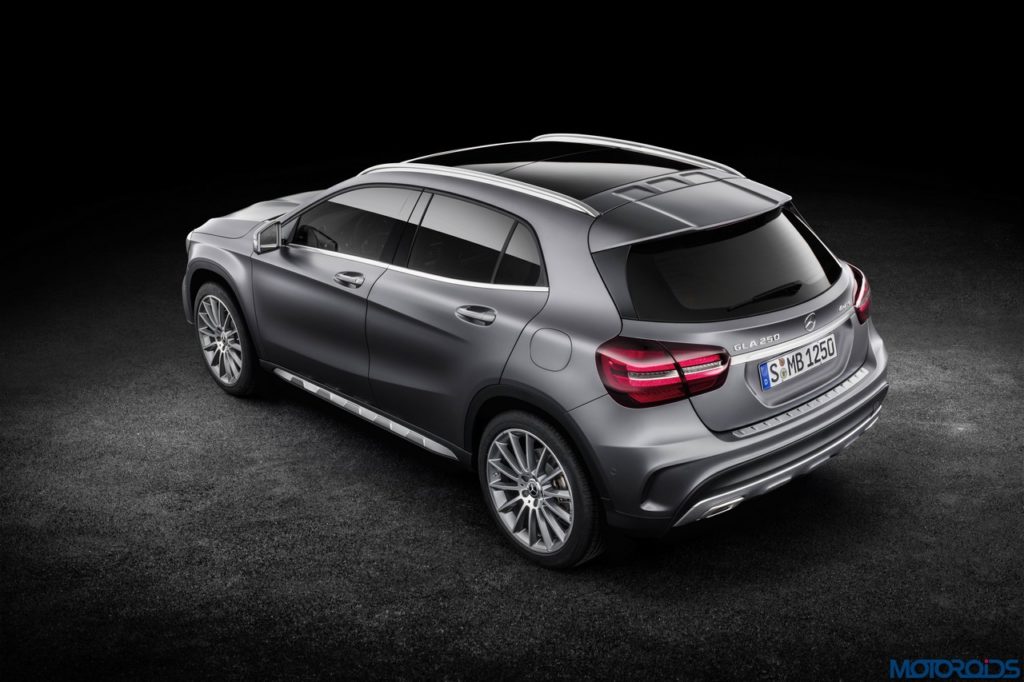 Customers have a choice between three chassis variants: as standard the GLA features comfort suspension; lowered suspension is available on request (in conjunction with AMG Line or the Dynamic Handling package).

With the optional off-road comfort suspension (standard in the UK) the body is 30 millimetres higher. This results in improved off-road capability thanks to higher ground clearance and a higher seat position. 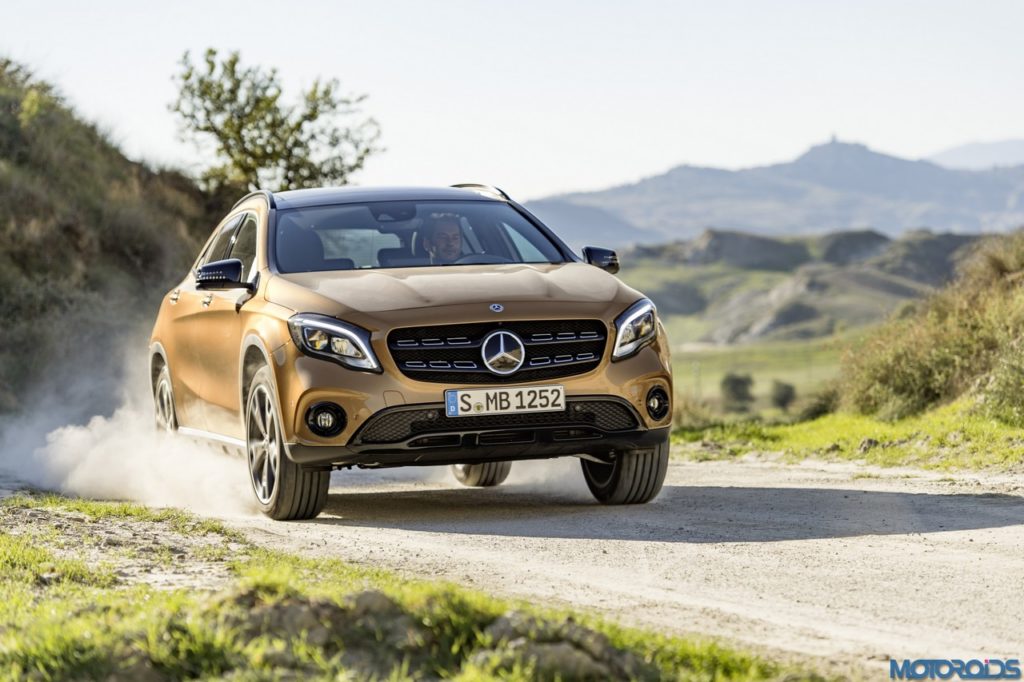 The GLA has “Active Brake Assist” as standard: it warns the driver if they are travelling too close to the vehicle in front and, if required, delivers situation-appropriate braking. If the system detects that the driver is reacting too late, it initiates autonomous braking in order to prevent the collision or minimise the consequences.

The GLA also has “ATTENTION ASSIST” as standard: it can detect typical signs of drowsiness via the steering behaviour and warn the driver about an impending microsleep. Hands-free access is now optionally available meaning the boot lid can be opened and closed with a foot movement. 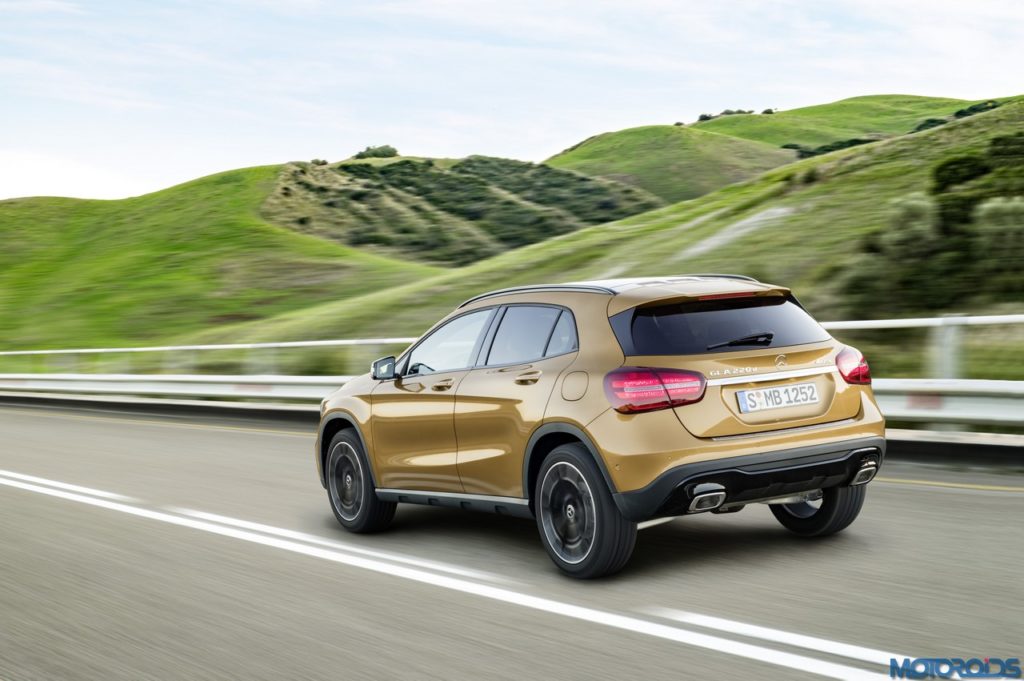 *models not available for UK market 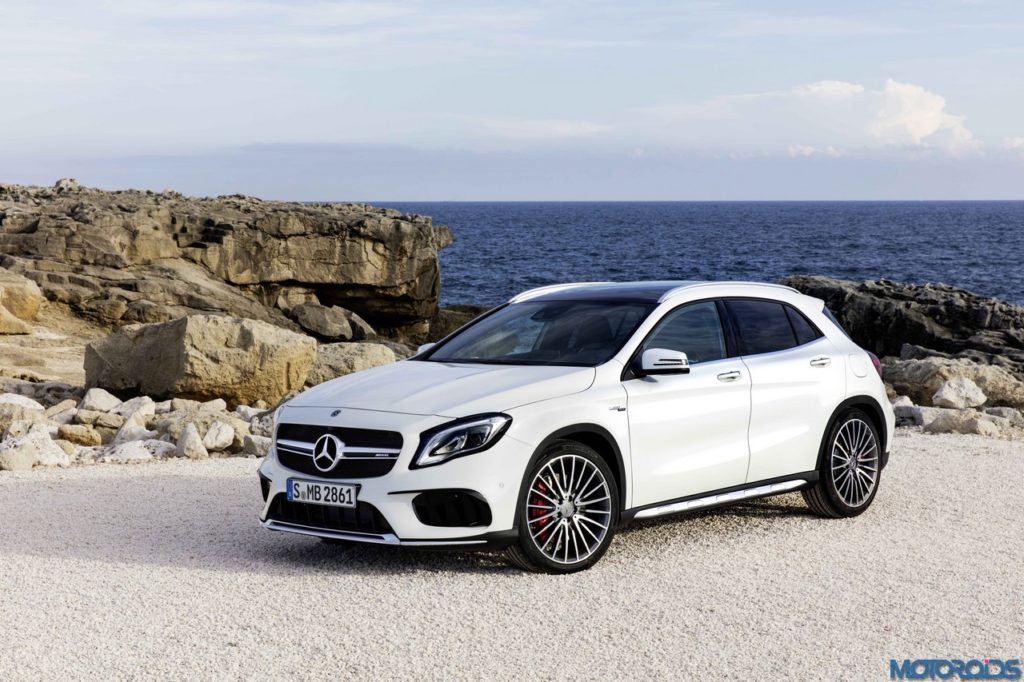 The twin louvre on the AMG Twin Blade radiator grille is now finished in silver chrome, as are the inserts in the side sill panels.

As an additional option a multi-spoke 20-inch light-alloy wheel is available for selection in two colour variants: painted matt black with high-sheen rim or painted titanium grey with a high-sheen finish. 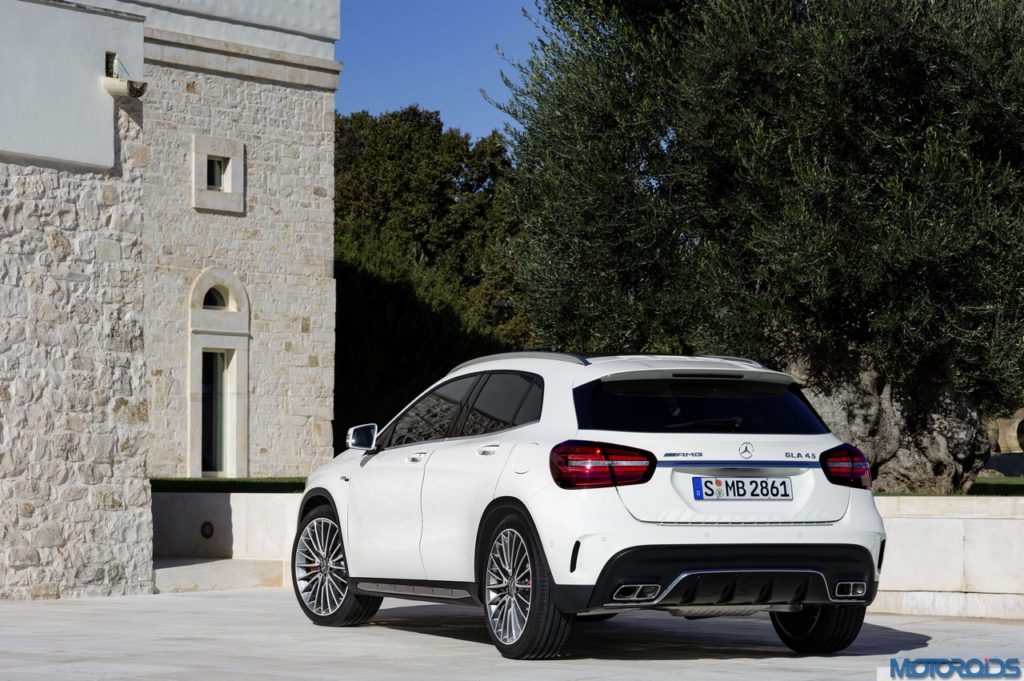 At the rear, the GLA 45 4MATIC includes a new diffuser insert in the rear apron and detailing in silver chrome.

The interior has been similarly upgraded. The dashboard is covered as standard in ARTICO man-made leather with red contrasting topstitching.

The interior trim is available in black/red (standard) or in black/silver (in conjunction with the Exclusive package). The vehicle key and the E-Select lever now bear the AMG emblem as standard. 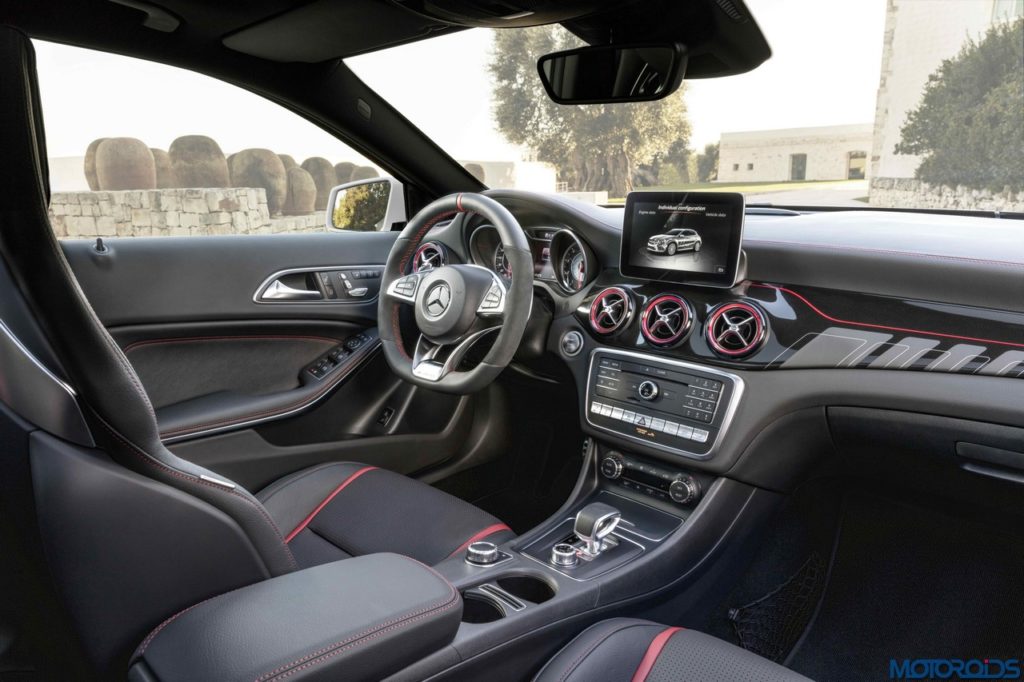 The instrument cluster has been given a new number design and the speedometer is divided into 30 km/h stages.

The new equipment items available on request include the keyless vehicle access hands-free access and the 360-degree camera: with the aid of four networked cameras this system facilitates parking and manoeuvring with an all-round view.

In conjunction with the AMG DYNAMIC PLUS package (optional extra) the mechanical front axle locking differential is available. 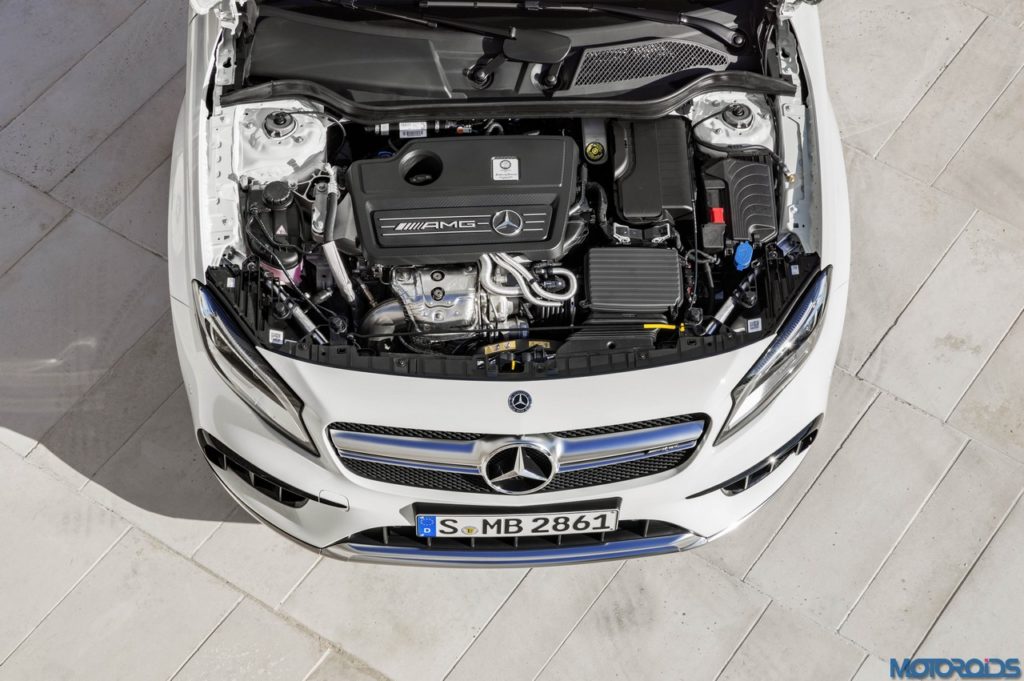 With a maximum output of 280 kW (381 hp) and 475 Nm maximum torque from its 2.0-litre turbo engine, the Mercedes-AMG GLA 45 4MATIC is among the most powerful cars in its segment.

A speed of 62 mph is achieved from standstill after just 4.4 seconds. The engine is mated to the the AMG SPEEDSHIFT DCT 7-speed sport transmission that has been re-tuned with shorter ratios. Power is sent to all four wheels using the AMG Performance 4MATIC all-wheel drive system. 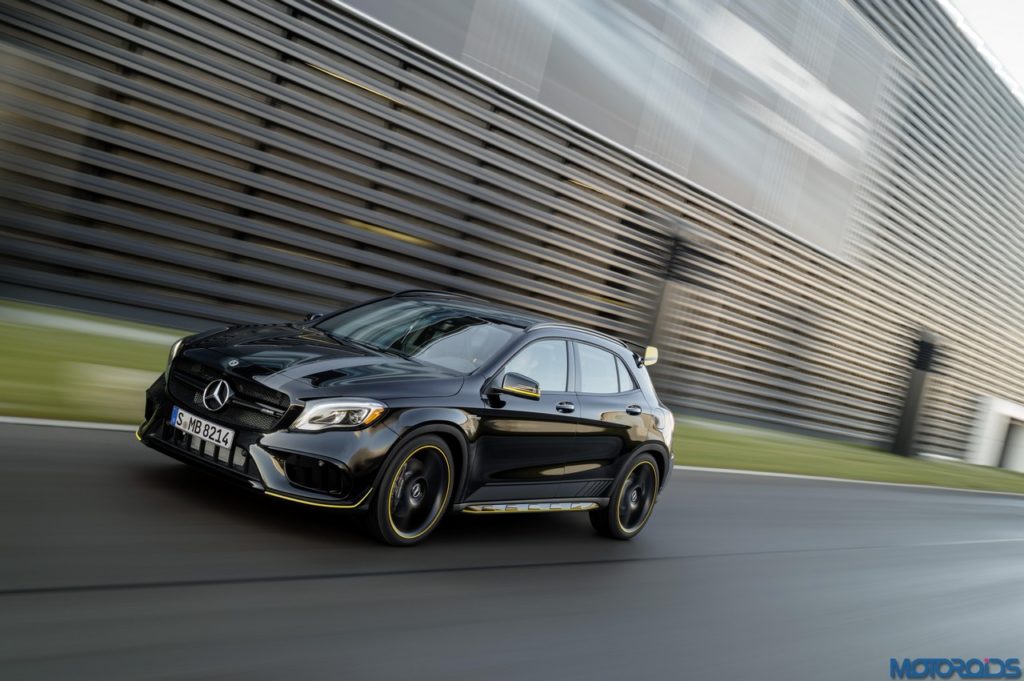 The special models are finished in night black or cosmos black with matt graphite grey and yellow detailing. Light-alloy wheels are available in matt black with yellow rims with a black painted AMG twin louvre in the radiator grille. 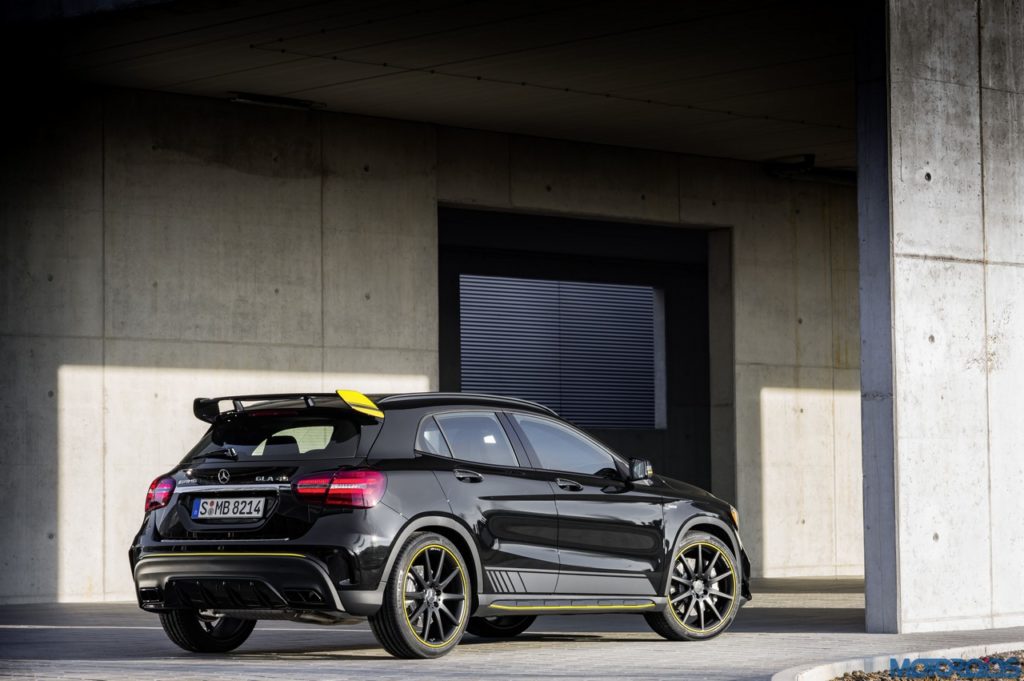 The AMG performance seats in ARTICO man-made leather/DINAMICA microfibre also feature yellow trim, as does the AMG performance sports steering wheel in DINAMICA, the rear bench seat, the dashboard, the beltlines (only on the CLA 45 4MATIC) and the armrests.

Further highlights include the door sill panels in graphite grey with a yellow AMG logo, the floor mats with yellow edging, the AMG logo also in yellow, plus the yellow air outlets. 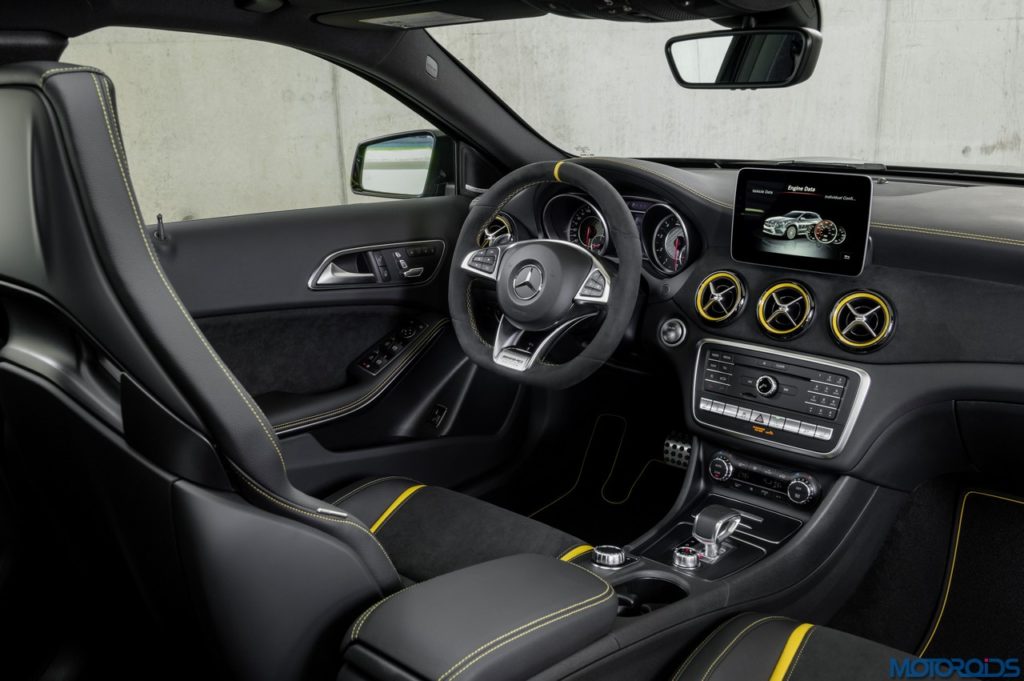 On request the customer can also order the AMG DYNAMIC PLUS package or specify the Yellow Night Edition with other optional extras.