Bentley Motors has unveiled the EXP 12 Speed 6e Concept at the ongoing 2017 Geneva International Motor Show. An electric vehicle aimed at the luxury segment, the EXP 12 Speed 6e, according to the company, will not compromise on the quality, refinement and high performance levels expected of the brand. 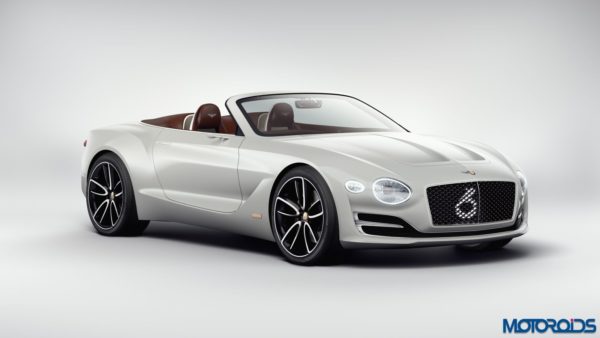 Characteristics such as immediate, effortless surge of torque and grand touring range will be combined with new high performance technology such as rapid inductive charging and on board concierge-style services for an effortless ownership experience, the Company added. When rapid inductive charging is not available, the vehicle can be connected to a main AC power supply via the auxiliary charging point which is concealed behind the rear number plate.

On the outside, the mesh grille of the Bentley EXP 12 Speed 6e Concept features a 3D geometry and smoked finish with copper highlights that helps identify the model as a fully electric vehicle. When the car is running the ‘6e’ logo comes to life. The company states that the exterior design is an expression of muscular and athletic surfaces inspired by contemporary architecture, the natural world and the aerodynamic shapes of aircraft fuselages. 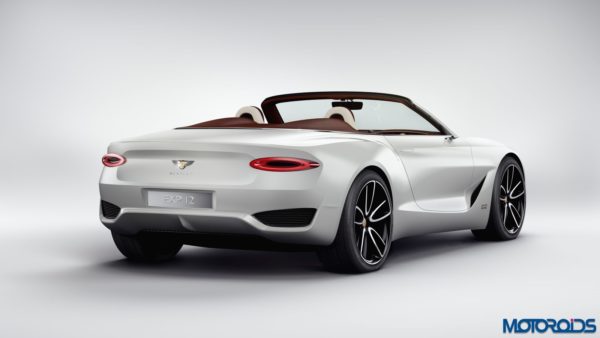 A few highlights of the model include a short front overhang, long bonnet, low grille and a wide posterior. The twin bonnet scoops are said to supply additional cooling to the battery and the powertrain. The wing mirrors on the EXP 12 Speed 6e Concept are actually cameras rather than the traditional reflective glass.

Moving on inside, the interiors of the EXP 12 Speed 6e Concept features a central console that is made from a solid piece of curved glass encompassing a high-definition OLED screen. This screen gives the users access to all of the car’s on-board controls including navigation, entertainment and climate control. The passenger also has his/her own control panel on the front fascia that gives access to social media, email and entertainment. 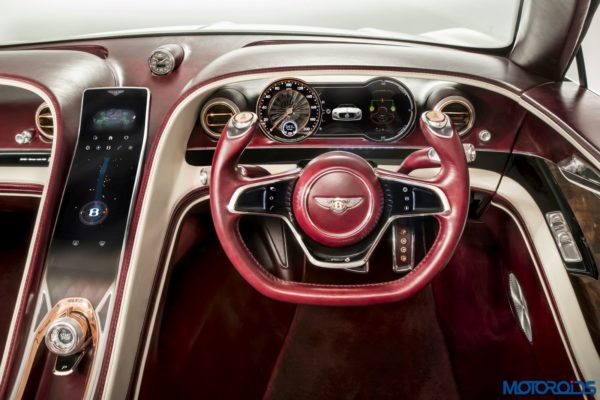 The Bentley EXP 12 Speed 6e Concept also comes equipped with cut-glass sections on the steering wheel that contain the controls for media, communications, navigation and car set-up. There are also two buttons featured at the top of the cut-away steering wheel, one offering a performance boost and the other the ability to limit speed.

Following is an image gallery of the Bentley EXP 12 Speed 6e Concept (click to expand):