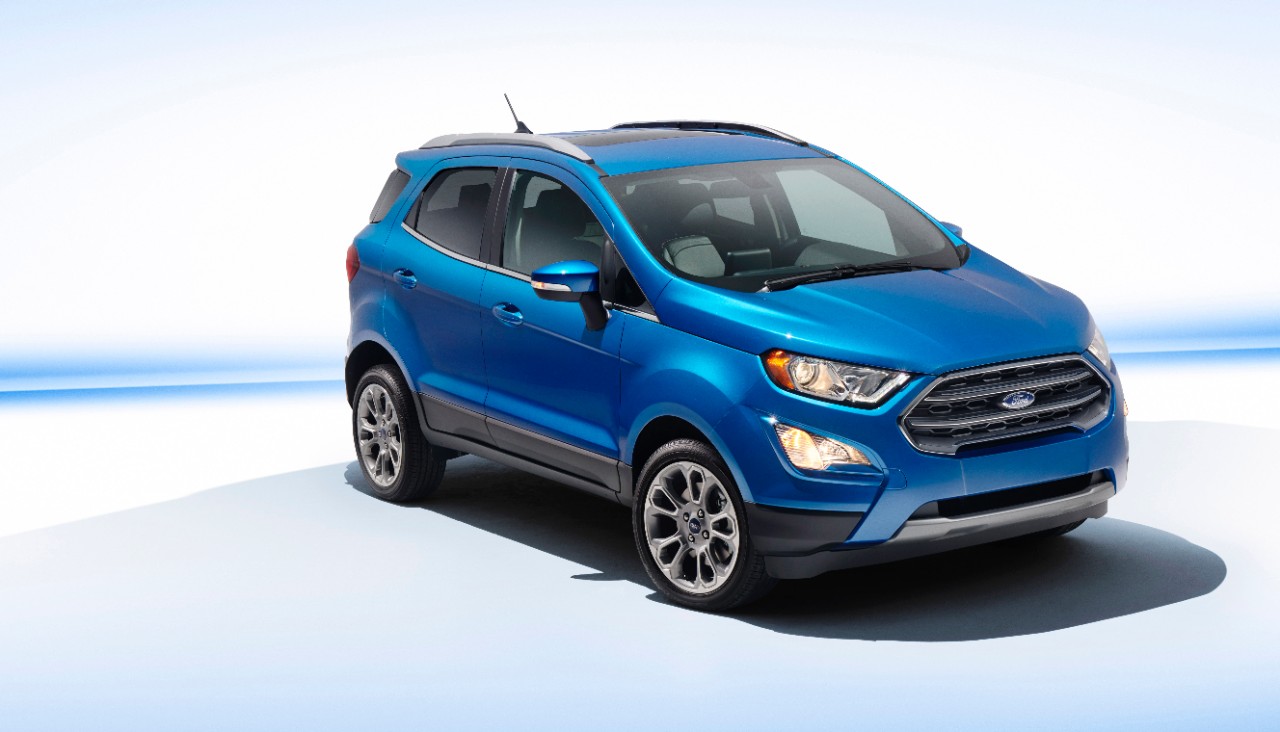 Ford has unveiled its 2017 Ecosport, which is making its US debut at the LA Auto Show. This version is a mid-life facelift for the compact SUV and features a slew of exterior and interior changes.

On the outside, while the overall proportions of the Ecosport remain untouched, a lot of details have been altered rather significantly. The face of the new Ecosport is somewhat inspired by the new Ford Kuga, or Escape. The headlamps with their twin pods are new, and so is the radiator grille, fog lamps and bumper.

For the 2017 version, the creases on the bonnet have been moved towards the centre. The car also gets a new silver insert under the bonnet or faux skid plates. The new version also loses the chrome insert under the boot lip which also held the Ford logo. The Blue Oval has been moved to the middle of the main radiator grille for the MY 2017 version. 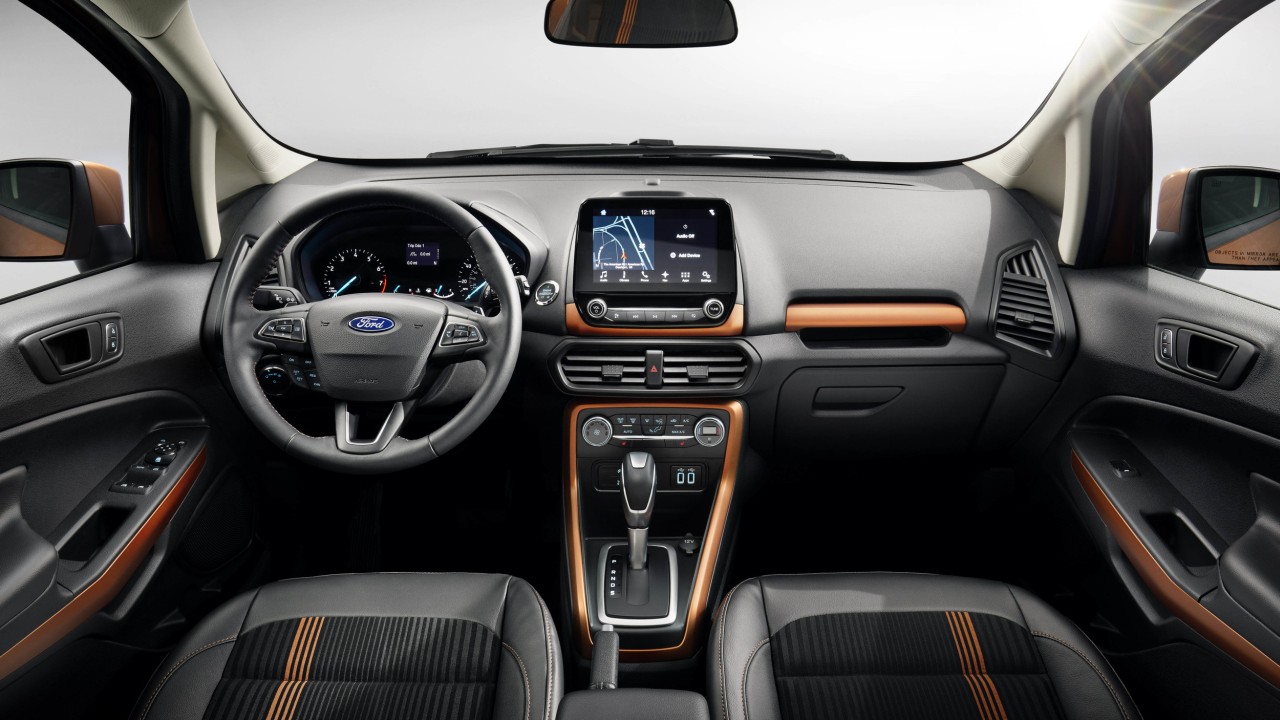 At the rear, the Ecosport loses the spare wheel. The design of the tail lamps remains same as before. The registration plate recess climbs up from the bumper to the middle of the tailgate this time and the rear bumper also gets a silvery insert which mimics a skid plate.

Inside the cabin, the new EcoSport gets all new instrument panel, steering wheel and centre console. The infotainment system, featuring the Ford SYNC 3 is driven by a centrally mounted on-dash freestanding high-resolution 8-inch touch screen. The new infotainment system is high on tech and has Apple CarPlay and Android Auto smartphone integration capability.

The mobile phone (of yore) inspired central console goes out of the window as the modern touchscreen replaces it, with HVAC control also looking properly modern now. The official images of the interior also showcase contrasting orange accents in places. A grab bar for the front passenger, right above the glove box is another new inclusion. 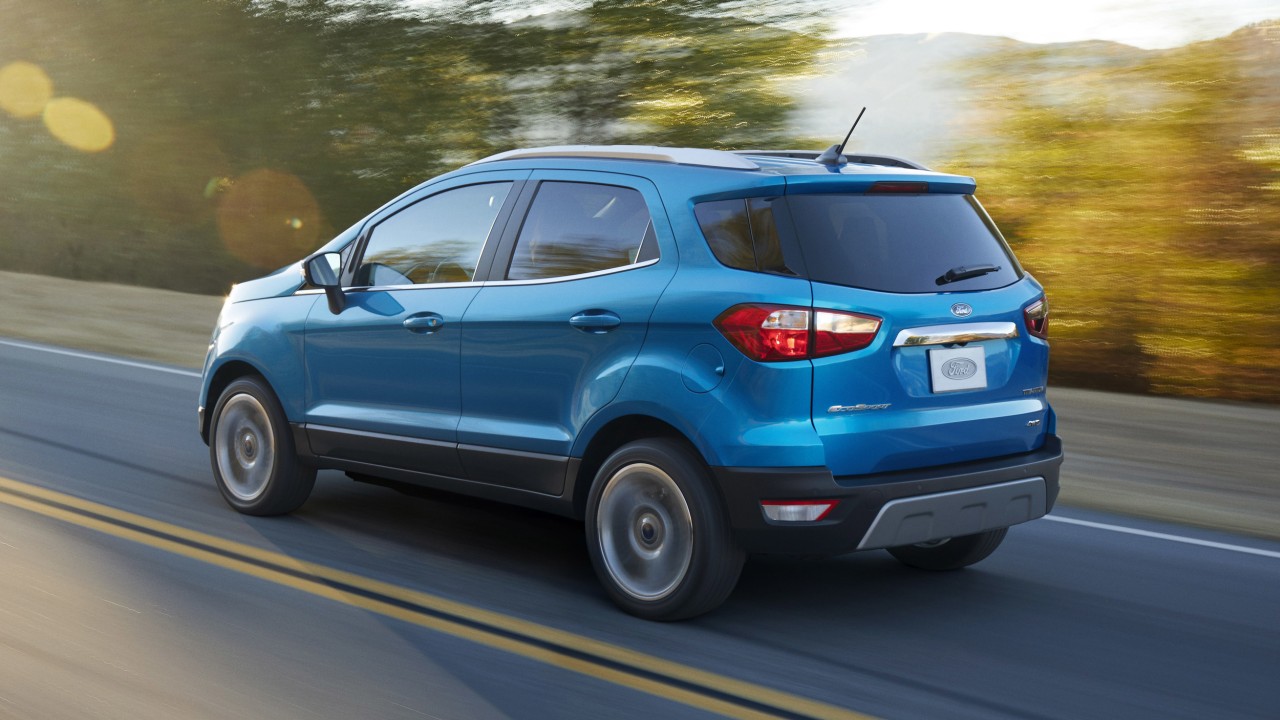 Seat fabrics are brand new and feature the same contrasty orange elements as the rest of the cabin. Ford has gotten rid of all the silver inserts from the cabin, making the innards of the new model appear sportier than before.

The interior also features a new 675-watt, 10-speaker audio system with Bang & Olufsen PLAY branding. The cabin gets two fast-charging USB ports along with a 12-volt outlet up front. There’s also a 12-volt outlet for the back benchers.

Power for the U.S. spec EcoSport will be delivered by the 1.0-litre EcoBoost and 2.0-litre NA four pot petrol motors. The Ecosport gets 6-speed automatic transmission as standard, while the bigger 2.0 litre petrol model also gets an AWD system. Expect the US deliveries to commence by 2018.

Check out an image gallery of the new 2017 ford Ecosport below. Click on the thumbnails to expand.