Ford has been testing the upcoming EcoSport facelift in India for some time now. Test-mules of the compact SUV have been spotted on public roads on multiple occasions. Now, new images of the EcoSport have surfaced on the web once again, albeit without any camouflage on the exterior. These spy images reveal the design of the India-spec 2017 EcoSport. 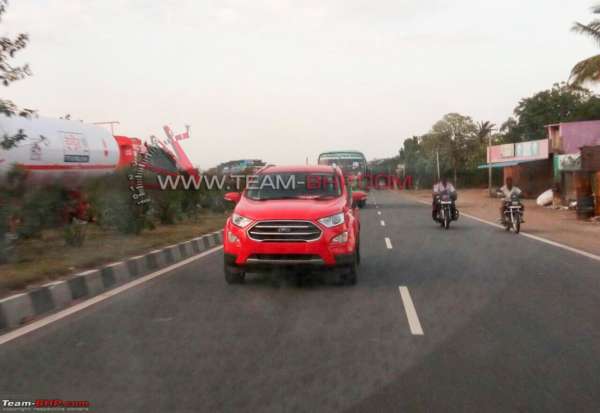 Up-front, the new EcoSport will receive a trapezoidal grille with chrome slats, flanked by a honeycomb structure. Also on offer would be a projector headlamp unit with integrated L shaped DRLs. The turn indicators have been repositioned and are now placed in the fog lamp cluster. Also on offer is a larger front skid plate. Changes to the side profile of the new EcoSport are limited to new 17 inch alloy wheels and a chrome underline for the windows. At the rear, the model carries forward the tail gate mounted spare wheel while the only change could be a redesigned skid plate.

Inside, the upcoming 2017 Ford EcoSport facelift could come equipped with an eight inch Sync 3 touchscreen infotainment system with Apple CarPlay and Android Auto, as seen on the U.S. spec model that made its debut at the 2016 Los Angeles Auto Show held last year. 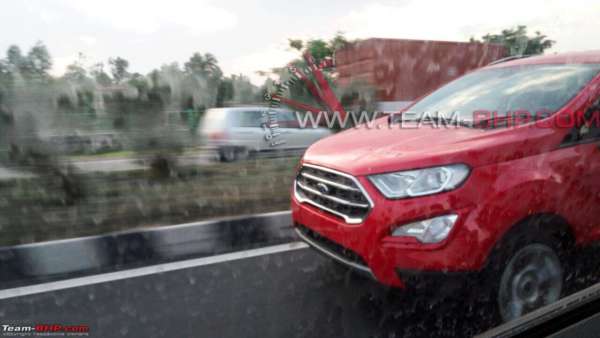 Engine options on the new Ford EcoSport are likely to be carried forward from the outgoing models. Hence, the EcoSport facelift would be powered by the same 1.0-litre EcoBoost petrol unit, a 1.5-litre Ti-VCT petrol unit and a 1.5-litre TDCi diesel unit. Reports suggest that a new ‘Dragon’ 1.5-litre petrol engine could also be offered. The report further added that the automatic variants could receive paddle shifters. More details are likely to surface soon. Stay tuned for updates.