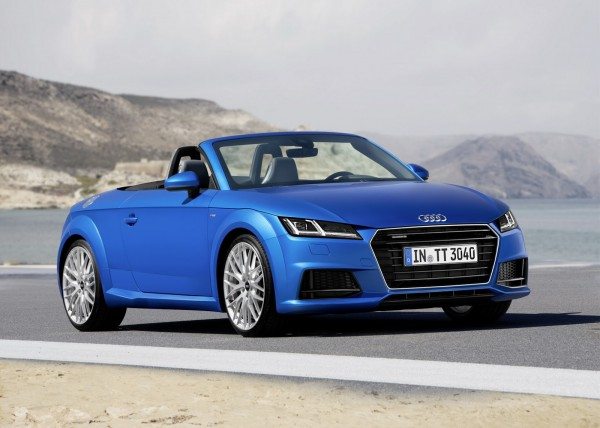 The third-generation, 2016 Audi TT Roadster has been revealed a week ahead of its world premiere at the 2014 Paris motor show. The new TT promises to be shorter, lighter, more aerodynamic and importantly, more rigid than the second-generation ragtop version still on sale. 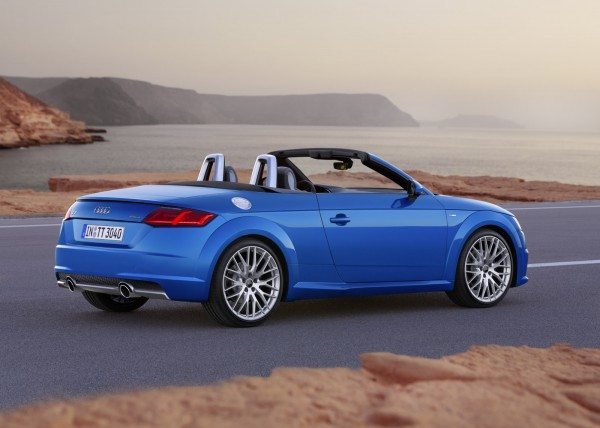 The Roadster is the second iteration of the TT range which will supposedly spawn a soft roader and a four door coupe sometime in the future. The TT Roadster keeps all the styling elements of the coupe intact, apart from the lost roof. Inside the cabin, it mimics the coupe and sports Audi’s ‘virtual cockpit’ with a 12.3-inch digital display embedded in the instrument cluster ahead of the driver, a simplified MMI multimedia system centred around six hard buttons, a rotary dial and a touchpad atop, and its advanced voice control system. 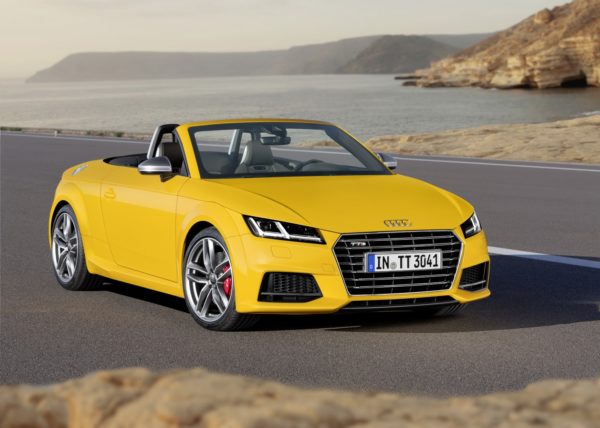 The MQB platform based TT Roadster with its aluminium construction weighs 1320 kilograms in base form (dry), about 90kg more than the coupe- largely attributed to the additional struts integrated in the under-body to improve rigidity due to the lost roof. However, according to Audi, all that extra weight won’t hamper the dynamic credentials. As with all Audi cabriolet models, the new TT Roadster and hotter TTS Roadster also feature an electric fabric top with parts made from magnesium, aluminium, steel and plastic. The soft top weighs 39kg, down 3kg on the outgoing car. 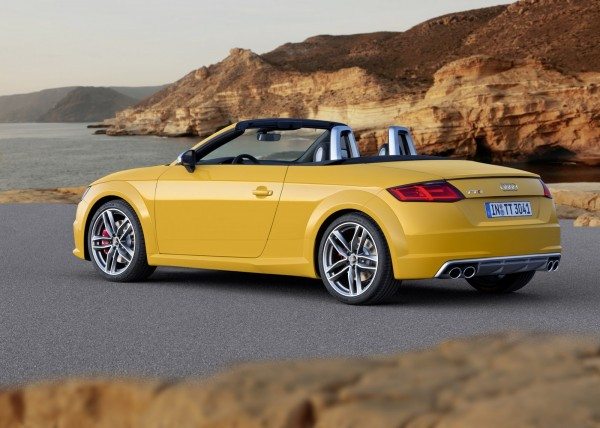 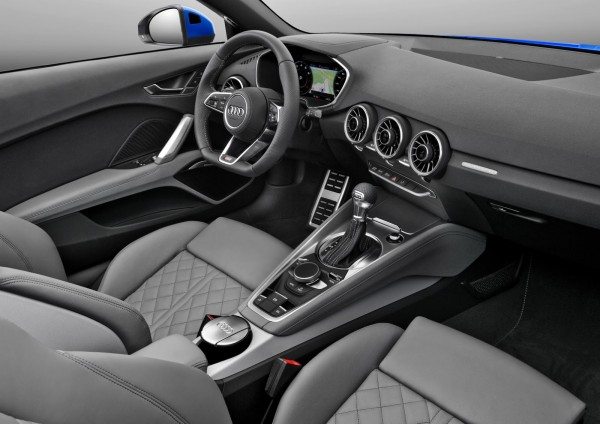 All the variants can be optioned with either a six-speed manual or six-speed S tronic dual-clutch auto transmissions, transmitting power to either the front wheels or all four via the redeveloped Quattro permanent all-wheel-drive system- integrated into the Audi drive select steering system for the first time.

Head below for a detailed image gallery of the 2016 Audi TT Roadster.