“It captures the spirit of the 1972 750cc Kawasaki Mach IV H2,” states Kawasaki through a website www.ninja-h2.com dedicated to its upcoming motorcycle- the 2015 Kawasaki Ninja H2 slated for launch at Intermot, Cologne next month. 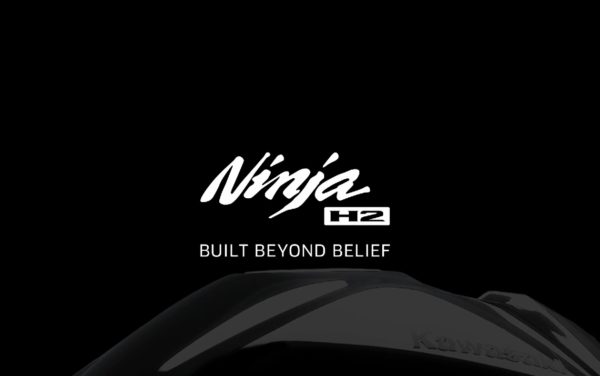 Kawasaki is trying to build some excitement around the motorcycle and understandably so. The 1972 750cc Kawasaki Mach IV H2 was a legendary motorcycle of its era nicknamed “The Wheelie King”. The 2 cylinder three cylinder 750cc motorcycle produced 74 bhp with a top speed of 203 kph- which was indeed impressive for a factory produced street motorcycle in the seventies. 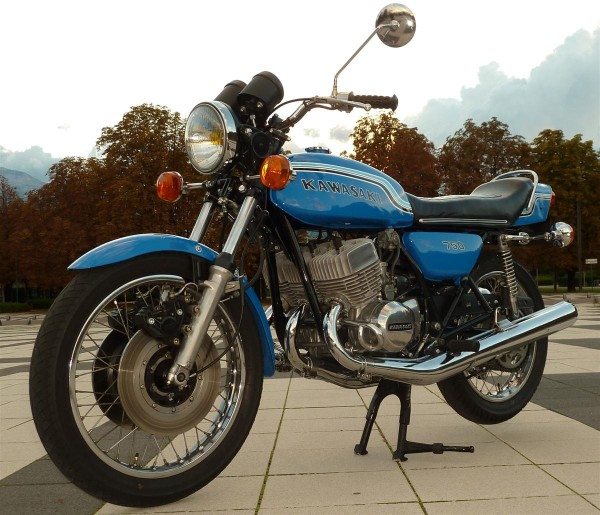 Though it’s still a suspense whether the 2015 Kawasaki Ninja H2 would share the two stroke architecture of the original motorcycle and most probably it would be powered by an inline four engine- but there’s a surprise element. Kawasaki states that the new Ninja H2 would be produced in collaboration with its turbine division.

“Kawasaki Heavy Industries, Ltd. also has a long history of developing technologies for turbine engines. The lifeblood of these turbines is their blades, which need to be able to cope with extreme heat and vibration while spinning at high speeds. Know-how from years of designing turbine engine blades was instilled in the first supercharger developed by a motorcycle manufacturer. And of course, designing a motorcycle-use supercharged engine in-house means that maximum efficiency could be pursued.”

Reading between the lines and if we have to let our imaginations run wild, a turbocharged engine looks very much on the cards. Everything else including the power figures of the motorcycle has been tightly kept under wraps- except the following teaser video which highlights the screen, tank and the tail section. Have a look.

And here’s the mysterious sound clip- which doesn’t at all sound like a usual four stroke inline four. So what surprise is Kawasaki throwing at us- all answers on the 30th of September.