Home Ford 2015 Ford Figo hatchback spied inside out; to be launched in a few months 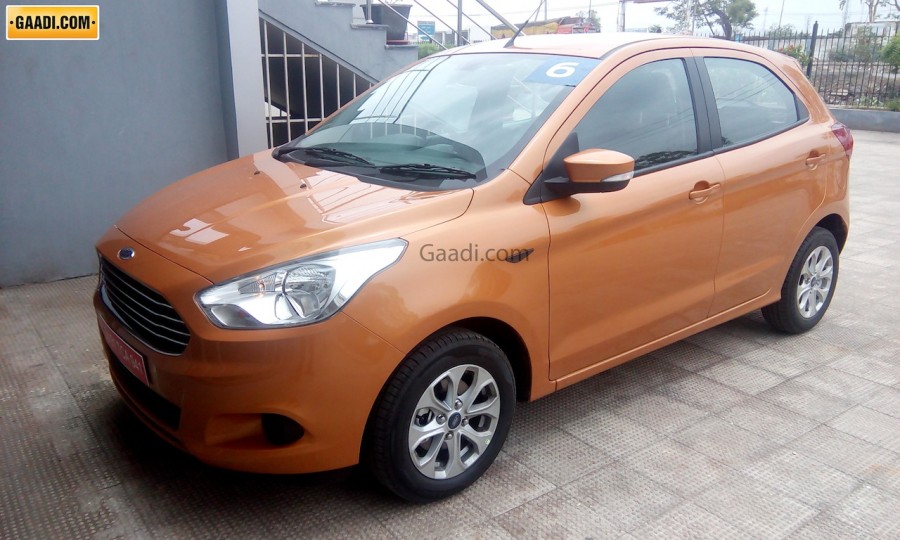 The 2015 Ford Figo hatchback has been spied inside out, and will be launched within this year, presumably during the festive season.  Also called the KA in Brazil, the new Figo is the Figo Aspire compact sedan’s more affordable cousin, sans a boot.

Except from the back, the Figo looks exactly like the Figo Aspire. The trapezoidal Aston-Martin like grille, the large, up-swept headlamps, the 14″ alloy wheels and the raked windscreen – all the characteristic visual elements are similar to that of the Aspire compact sedan. 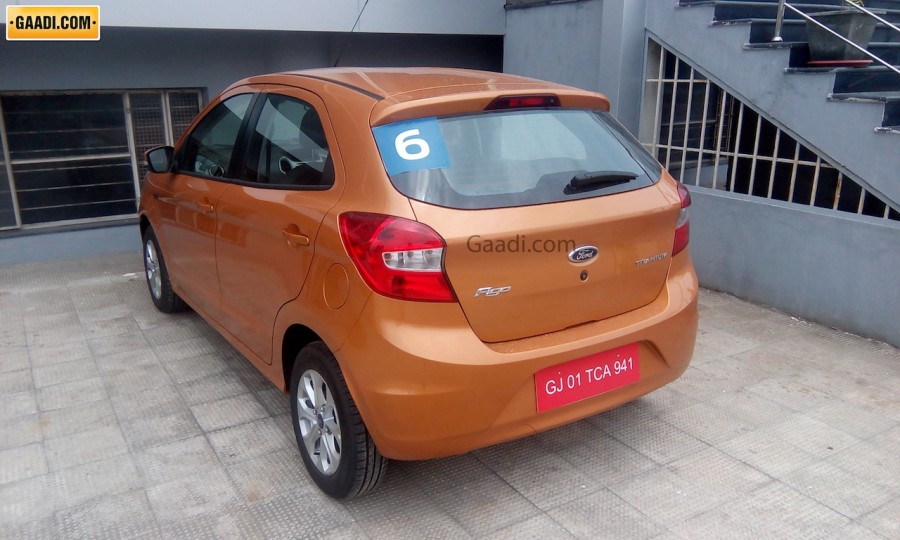 At the back, the hatchback gets a roof mounted spoiler, a wash/wipe feature and similar tail lamps like those on the Apire. While the Aspire gets chromed triangular elements on its fenders, the hatchback has to do with plastic ones.

Even the insides are the same, but the hatchback gets an all-black treatment, as compared to the compact sedan’s dual tone black and beige interiors. The hatchback also features brushed silver inserts for the centre console, steering wheel and door trim, instead of the piano black trim used inside the compact sedan. All the features, including the MyFordDock,  steering mounted audio controls, electrically adjustable ORVMs, height-adjustable seats, smart ke and the SYNC multimedia system, are expected to be carried over. 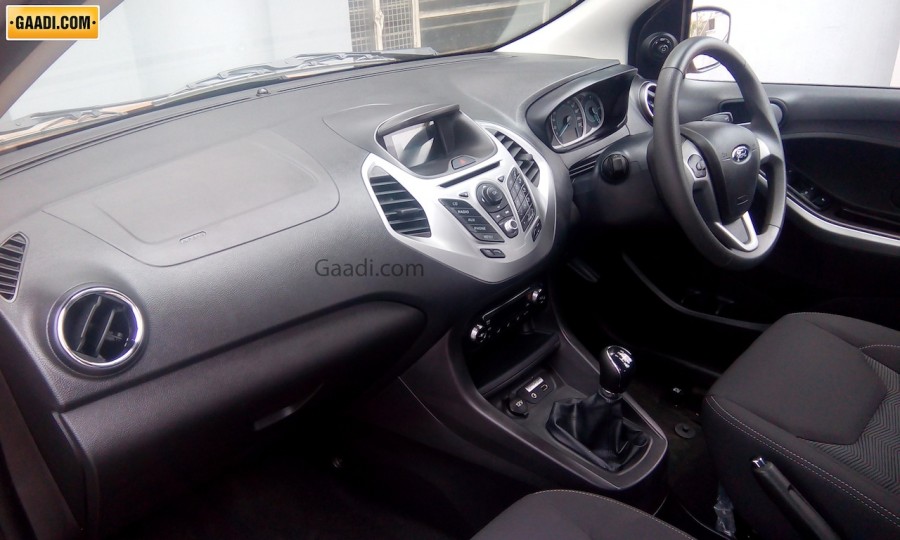 While the 1.2 L Ti-VCT is mated to a five-speed manual transmission, the 1.5 L TDCi comes with a six-speed job. Fuel efficiency for the petrol motor is a claimed 18.2 km/l, while the diesel motor delivers a claimed 25.8 km/l. It is unlikely that Ford will offer the Aspire’s third engine option – a 1.5 L Ti-VCT petrol unit – on the Figo hatchback. Safety features on the hatchback should include dual air-bags, ABS+EBD, traction control, stability control and hill-start assist etc.