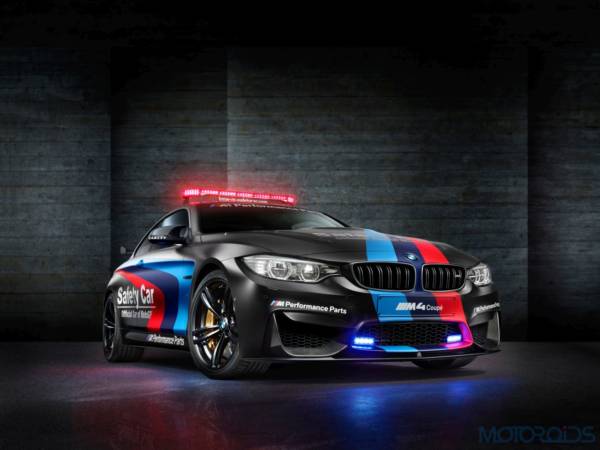 The 2015 season marks the 17th season of BMW M as “Official Car of MotoGP” and this partnership will continue for a long time as Dorna Sports and BMW M Division have extended their cooperation up to and including 2020. BMW has unveiled an upgraded M4 Coupe which will be the safety car for the 2015 season of the racing competition. 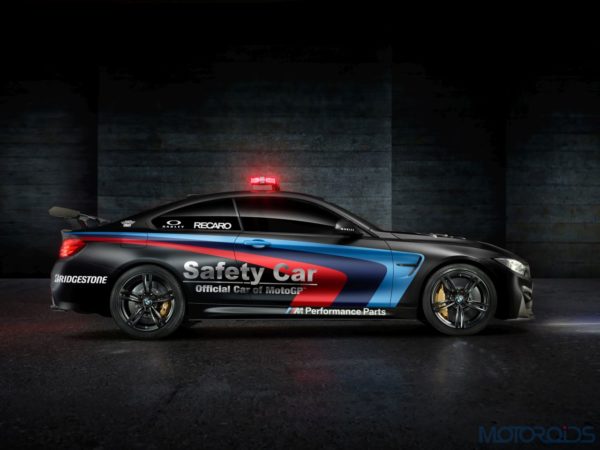 BMW M Division have equipped the new M4 Safety Car’s high performance power unit with an innovative water injection, thus considerably increasing the engine’s performance. BMW claims that the Water injection makes it possible to raise the upper performance limits, which have otherwise been restricted thermally. As well as increasing performance and torque, the system in the BMW M4 MotoGP Safety Car also ensures better efficiency with benefits in terms of fullload consumption and exhaust emissions. 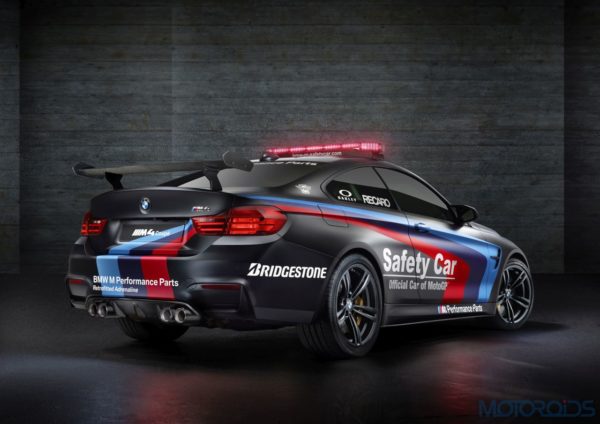 Located in the boot of the BMW M4 MotoGP Safety Car is a water tank with a gross volume of about five litres, which houses the water pump, sensors and valves. The pump and complete system of sensors and actuating elements are controlled by the engine electronics, which have been upgraded accordingly. The engineers make use of the water’s physical effect during the vaporisation process to extract the energy required from the environmental medium. Water is injected into the intake module’s collector as a fine spray, thus significantly cooling the exhaust air during vaporisation. This lowers the discharge temperature in the combustion changer and thus reduces the tendency for knocking. The turbo engine can thus be operated with a higher charging pressure and an earlier ignition point. 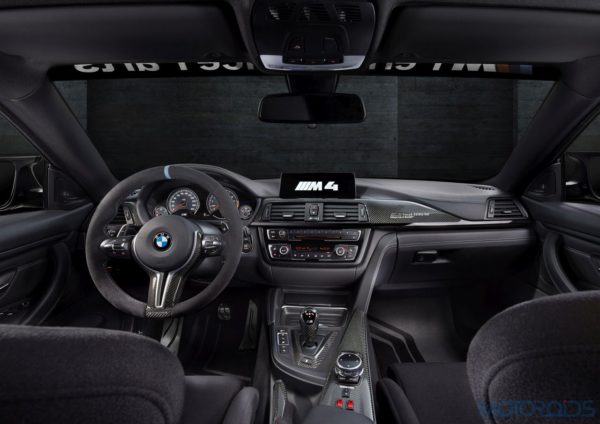 When a turbo engine whose turbo charger reaches its maximum speed at nominal output is fully charged, additional water injection makes it possible to increase performance and reduce consumption by about eight per cent. At the same time, losses in performance as a result of rising ambient temperatures (> 20 °C) are also compensated by increasing the amount of water being injected. 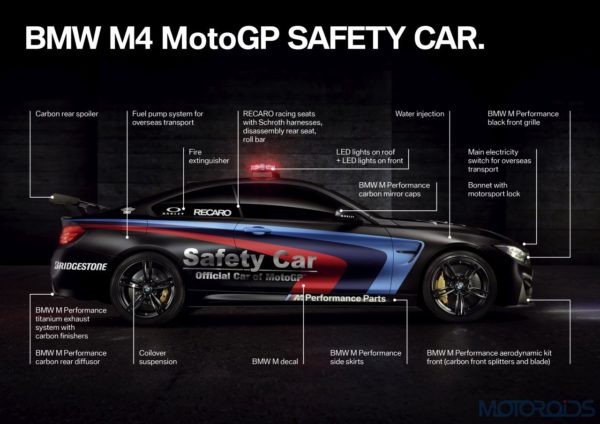 Expressing his views about the partnership, Frank van Meel, President of BMW M Division said, “BMW M has always been synonymous with technological innovations, and we are delighted to be able to present another new highlight this year: in the near future, BMW M Division will begin production of a model featuring water injection. Water injection is a system designed to increase the performance and reduce the consumption of combustion engines. We will be using this technology in the BMW M4 MotoGP Safety Car for the 2015 season for the first time.”