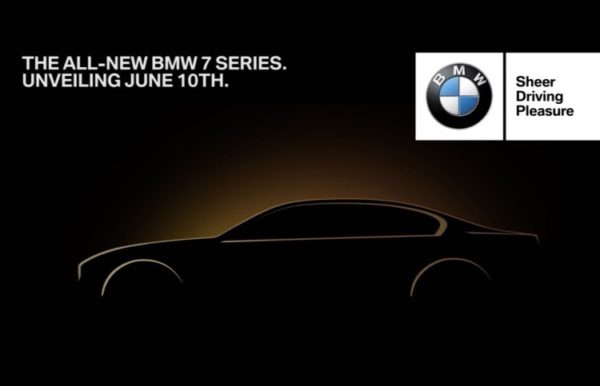 BMW has officially announced that it’ll be unveiling the 2015 7 Series on June 10, 2015. In a short teaser shared on Twitter, BMW hints at the laser technology driven illumination and the carbon & aluminium speckled, lightweight structure of the 2015 7 Series.

Using an all-new EfficientLightweight chassis, which uses an extensive amount of CFRP (Carbon Fiber Reinforced Plastic) in the passenger cell and aluminum in the chassis, the new G11/G12 (LWB) 7 Series will weigh 130 Kg less than the previous generation.

The 2015 7 Series will get an all new, TwinPower inline-six cylinder engine from BMW’s latest generation of engines. It will be a gasoline powered I6 with a twin-scroll turbocharger, aluminum crankcase, cylinder head and oil sump. Stay tuned for more details as they come by.