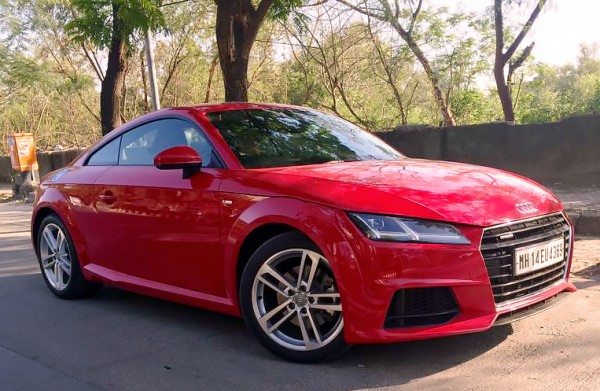 The eagerly awaited sports coupé – the 2015 Audi TT, has been set for launch on April 23. The stylish Audi coupé will be available in India only under its 45 TSI guise. This variant of the new TT comes powered with a petrol 2.0-litre four-pot motor that chucks out 230 horses and 370 Nm of torque. The power is channeled via 6-speed DSG box and goes to all four wheels, courtesy to Audi’s Quattro all-wheel drive system. Also, this new iteration is based on the MQB platform, the 2015 TT manages to shed a good 50-70 kg of bulk. All of this helps the 2015 Audi TT Coupé to hit the tonne mark in a blink over 5 seconds and will go on to hit a top speed of over 245 km/h (electronically barred). 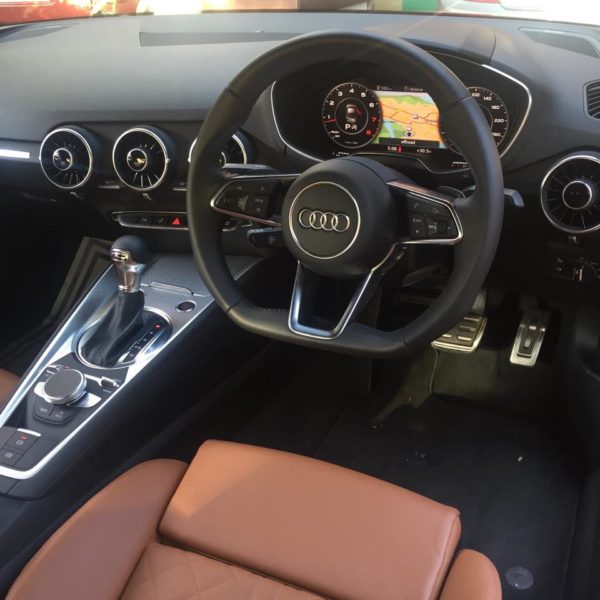 If anything, the interior of the new TT looks even better than its exterior.

The interior bits and pieces get Audi’s latest treatment and is stuffed full of gadgets like the brand-new instrument console which also now houses the carmaker’s new MMI system, swanky aircon vents that mimic jet-turbines etc. The latter also get integrated HVAC controls, thus making the cabin of the new TT feel less cluttered. All of this performance, style and modern interior wouldn’t come cheap and the fact that these coupés would be shipped into India as CBUs, isn’t going to help matters, either. However, for those who can afford to buy such sports coupés, we doubt if the asking price of INR 60 lakh or so would make any modicum of difference.