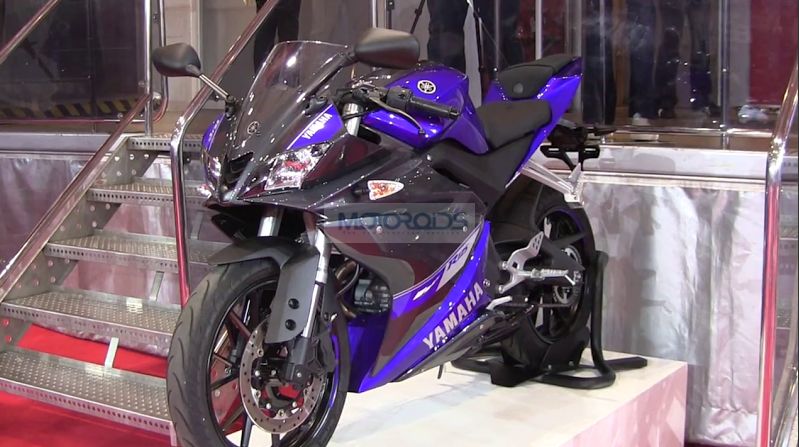 Yamaha has taken the wraps off the updated Model Year (MY) 2014 Yamaha R125. Thanks to our Reader Harkamal Singh, seen here are some 2014 Yamaha R125 images brought to you from the official unveiling from the Carole Nash MCN London Motorcycle Show. The 2014 Yamaha R125 is powered by a liquid-cooled 125cc 4-stroke engine mated to a 6-speed gearbox. The short stroke high revving engine cranks out max power of 15 ps @ 9000 rpm with torque figures rated at 12.4 nm @ 8000 rpm.

But the noticeable visual differentiation on the 2014 R125 are a set of new upside down front forks claimed to deliver enhanced stability and a new front cowl featuring a central air intake. 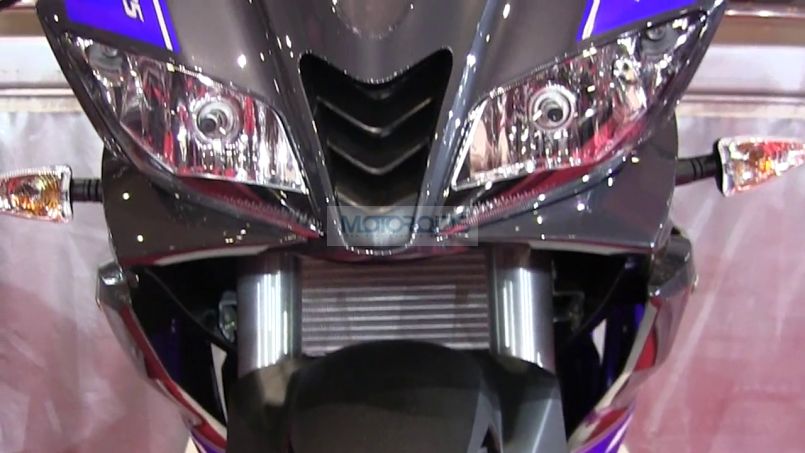 The bodywork is heavily inspired by the R6 and Yamaha claims that the new generation R6-inspired cowls gives the 2014 Yamaha R125 a genuine big-bike look and feel with the slippery aerodynamic design is ready to slice through the air for maximum riding excitement. 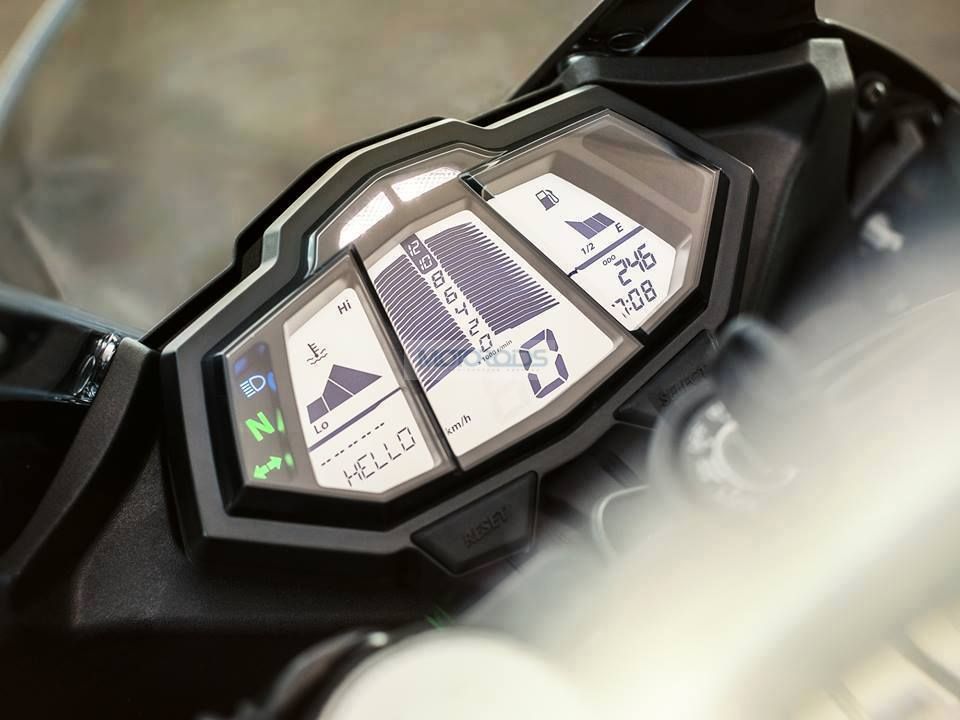 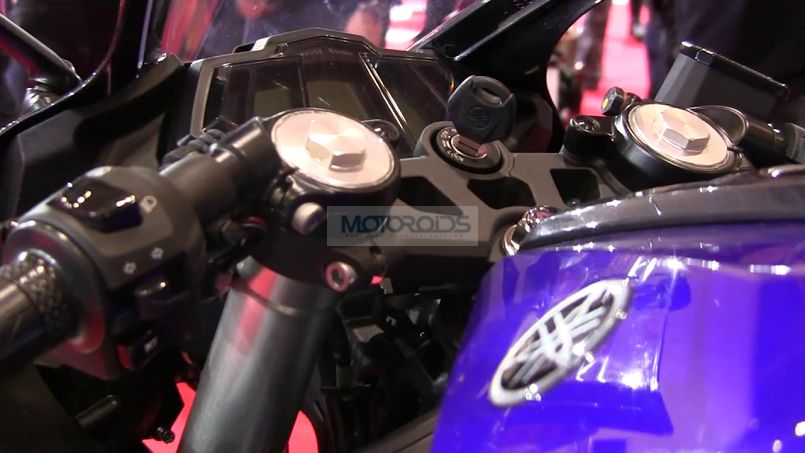 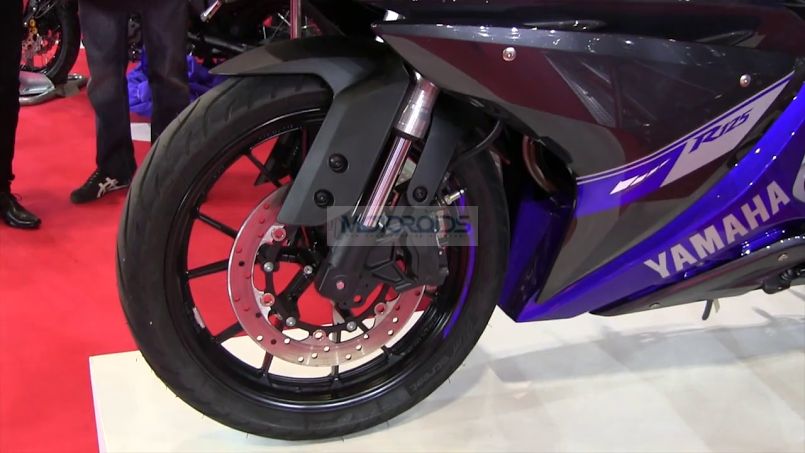 Held together by a steel perimeter frame and an aluminium swingarm, the new R125 gets a redesigned rear linked monoshock that further aids handling to go alongwith added rider comfort. Rubber specs on the new R125 read a 100/80-17 front tyre and 130/70-17 rear tyre.

We’d say the 2014 Yamaha R125 is quite a looker and we hope that the forthcoming Yamaha R25 comes with similar styling elements.