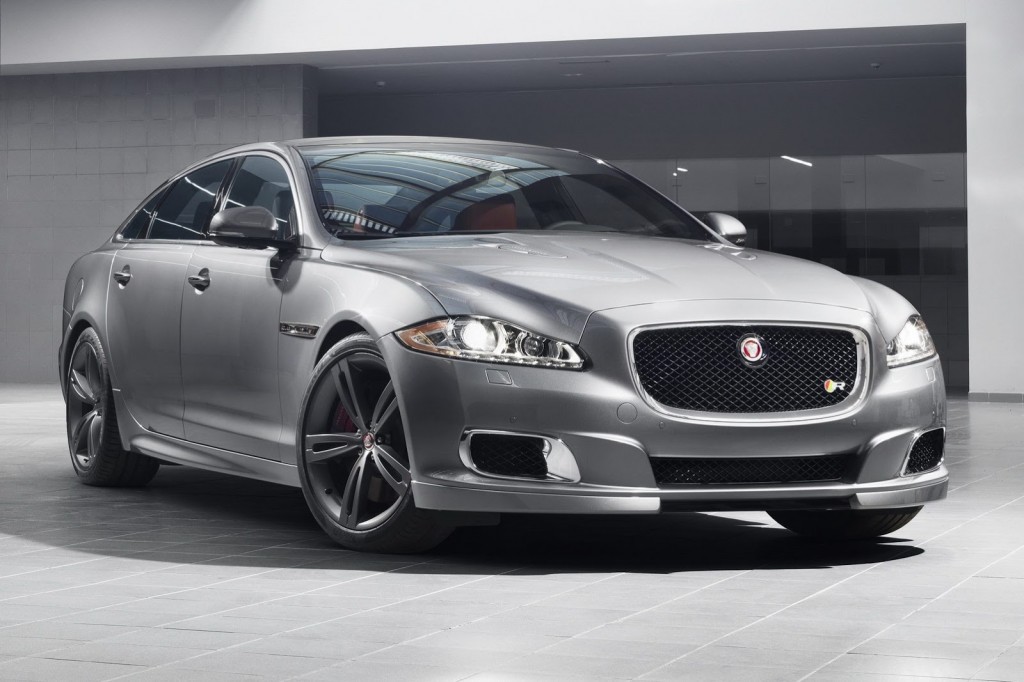 Jaguar has revealed a teaser pic of the 2014 Jaguar XJR for debut at the 2013 New York Motor Show further augmenting its “R” series of performance sedans.

Andy Goss, President, Jaguar Land Rover North America said “Jaguar is growing its product lineup to meet a far wider spectrum of customer demands ranging from sedans with 2.0 liter and 3.0 liter engines and All Wheel Drive to the exciting new F-TYPE sports car. It is clear that performance will continue to lie at the heart and soul of the brand. To that end, the growing R performance lineup offers our customers the truly elevated dynamics and design, but in a Jaguar luxury package. The Jaguar XJR is a British performance machine that delivers emotionally and dynamically on the road and on the track.”

The first visual differentiation on the new aggressive looking Jag is the dark grille with an ‘R’ badge which generally is chromed in the Jaguar lineup. A revised bumper, spoiler, vented hood, new set of wheels and racy red calipers. The steering, suspension and braking dynamics have been tested at the manufacturer’s Nürburgring test facility.

The 550 bhp supercharged V8 has been retained from the Jaguar XFR-S that was showcased last year at the Los Angeles Motor Show. Shifting duties will be taken care of by an 8 speed paddle shifted ZF auto transmission. Though official performance figures haven’t been announced yet, but expect the big leaping cat to clock 0-100 kph just over 4 seconds with top speed to be likely in the region of 300 kph.