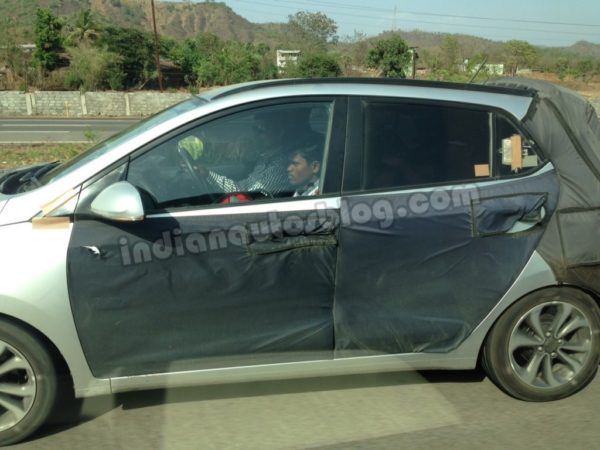 Sightings of 2014 Hyundai i10 test mules on Indian roads is fast becoming a common sight. The next gen i10 has been spotted testing again and these repeated sightings mean only one thing- that the Korean auto major is very serious about getting it very right with its upcoming next gen i10.

Appended in this posts are images from the recent batch of 2014 Hyundai i10 test mule spy pics. As can be easily made out, the car is clearly almost half a shoe size bigger than the current i10.  Also, the recent pics reveal more details about how the upcoming car would look like. 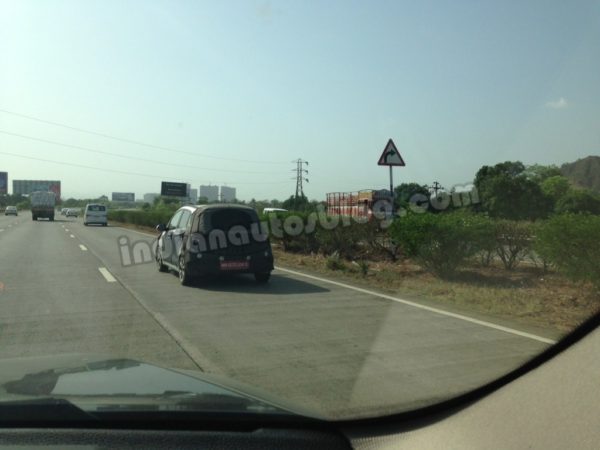 It can be seen in the pics that the next i10’s greenhouse is similar in basic shape but has definitely grown in size.

There have been various speculations regarding the upcoming gen car. However, what the upcoming car would be positioned as in India is anybody’s guess. While there are many who feel that the car would replace the i10 in our market, there also are some who think that the upcoming hatchback would sit between the i10 and the i20. The same reports also say that the hatchback, which has been codenamed as BA, would be sold with the i15 moniker. It is also being said that the car current i10, which is fast getting dated, would take the role of the Hyundai Santro Xing in Indian car market. 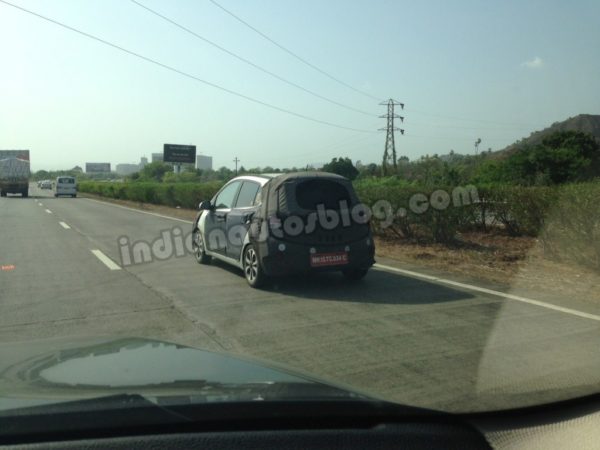 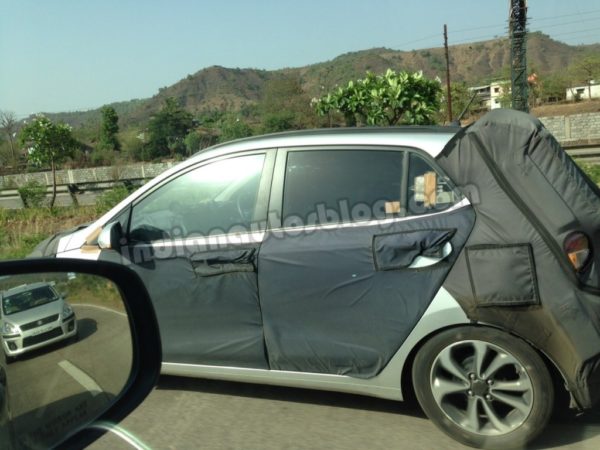