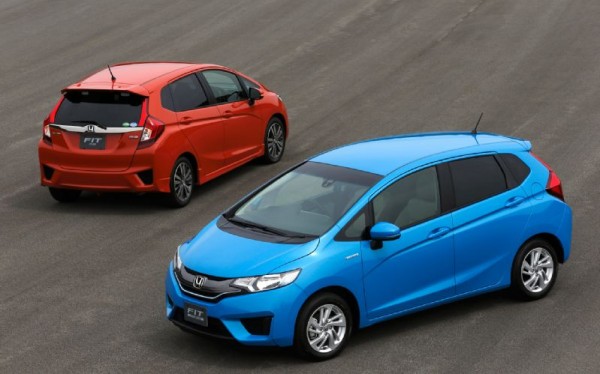 We recently posted images of the next gen 2014 Honda Jazz aka Fit along with some basic details such as that of the engine options for the new car.

The new 2014 Honda Jazz will go on sale in international markets with four engine options, viz.:

Today, we have some more details of the car’s hybrid engine variant.

It has emerged that the hybrid variant of the next gen Honda Jazz will boast of a fuel economy of 36.4kmpl (as per JC08 test figures). This means that we can safely expect ARAI figures of the car to be pretty similar and rear world economy to be close to 30kmpl.

The hybrid variant of the Jazz is powered by a 1.5-litre Atkinson cycle petrol engine that has been coupled with an electric motor. The combined power output of the car is rated at 133bhp and the torque is pegged at a decent 170Nm. The powerplant is mated to an i-DCD (intelligent dual clutch drive) 7-speed transmission which can disengage the engine and the electric motor at the same time under certain usage conditions.

As with many hybrid cars, the new Jazz comes with multiple driving modes. The first of these lets you drive the car purely on electric power. The car has a top speed of 40kmph in this mode. The next mode utilizes both the petrol engine and the electric motor. The third and the last driving mode uses only the petrol engine. It is being said that the 2014 Jazz hybrid will be the most fuel efficient hybrid in Japan when it goes on sale later this year.

Sadly, there are really slim chances of the new 2014 Honda Jazz hybrid making it to Indian car market.