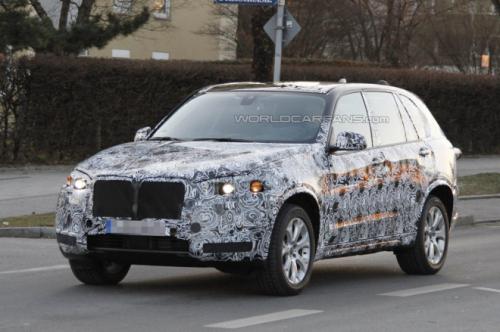 Spy photographers of the third generation BMW X5 have surfaced for the first time and the nice chaps at worldcarfans.com provided us the pics of the upcoming car. The Sports Activity Vehicle (SAV) is due for a rendezvous with the world in late 2013. The vehicle looks sportier and the all new X5 (codename-F15) should battle it out with the all new Merc M Class. We have always that the current generation of the mid-size SAV needs to do something about the excess weight and also improve on the efficiency and emissions. Seems like the good folks at BMW heard us poor auto journos and hence, the upcoming generation of the model will use a highly modified version of the 5-Series (F10) platform with lightweight axles. The direct result of all this is that the base variant of upcoming gen of X5 is expected to be lighter than the current 4,680 lbs (2,125 kg) of the X5 xDrive30i by as much as 4,000 lbs (1,814 kg).

The engine options too will see a change. While the existing six- and eight-cylinder motors will continue to do duty, a set of new diesel and gasoline four-cylinder engines are rumored to debut in the upcoming car. And this is far from being all as there are many rumors that two hybrid systems are currently being evaluated. One of these is the system found in the ActiveHybrid 5 that basically consists of a 306 PS 3.0 liter twin-turbo six-cylinder gasoline motor coupled with a 56 PS electric motor. Although everyone is doubtful about the second system but chances are that a 2.0 liter four-cylinder diesel engine with a 15 kW electric motor will be summoned for a total output of 221 hp (224 PS / 165 kW).

The 2014 BMW X5 should be introduced to the world in 2014 North American International Auto Show with the elder sibling X6 following six months later. 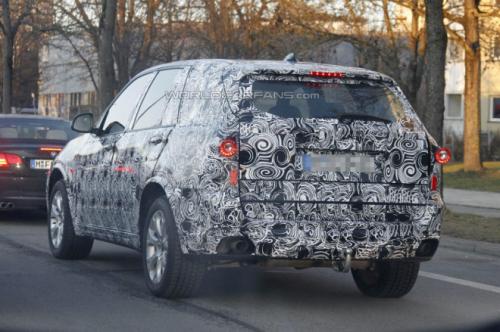