We have been reporting in detail about the BMW 5 Series facelift that will make its public debut on April 20 at 2013 Auto Shanghai. We also reported when a BMW 5 Series test mule was caught testing. Now, another image of the new car has surfaced on the web world.

The BMW 5 Series LCI (Life Cycle Impulse) is a small part of the German luxury car maker’s plan to launch the updated versions of most of the models in its line up. 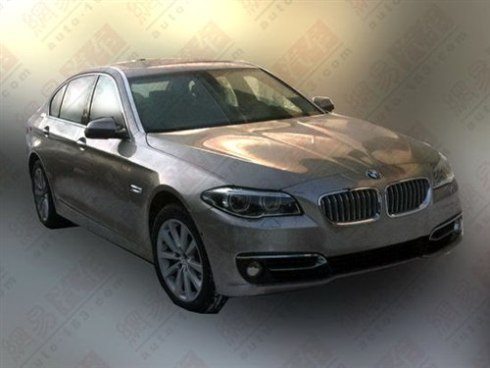 The 5 Series facelift can be seen sporting a revised front fascia that sports new bumper and bigger fog lamps. In profile, the 5 Series LCI remains unchanged. However, safely expect BMW to give the 5 series facelift a set of new alloy wheels. At the rear end, the car comes with a new bumper and new quadrilateral exhaust tips instead of circular tips that can be found on the current car.

Coming to the interiors, the car might get a revised dashboard, an upholstery change and a larger touchscreen display from the 7 Series. The powerplant options for the 5 Series LCI are likely to remain unchanged. Hence, the car would come with a range of 4 and 6 cylinder petrol and diesel engines. 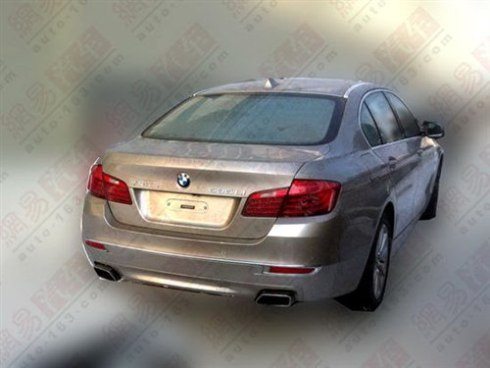