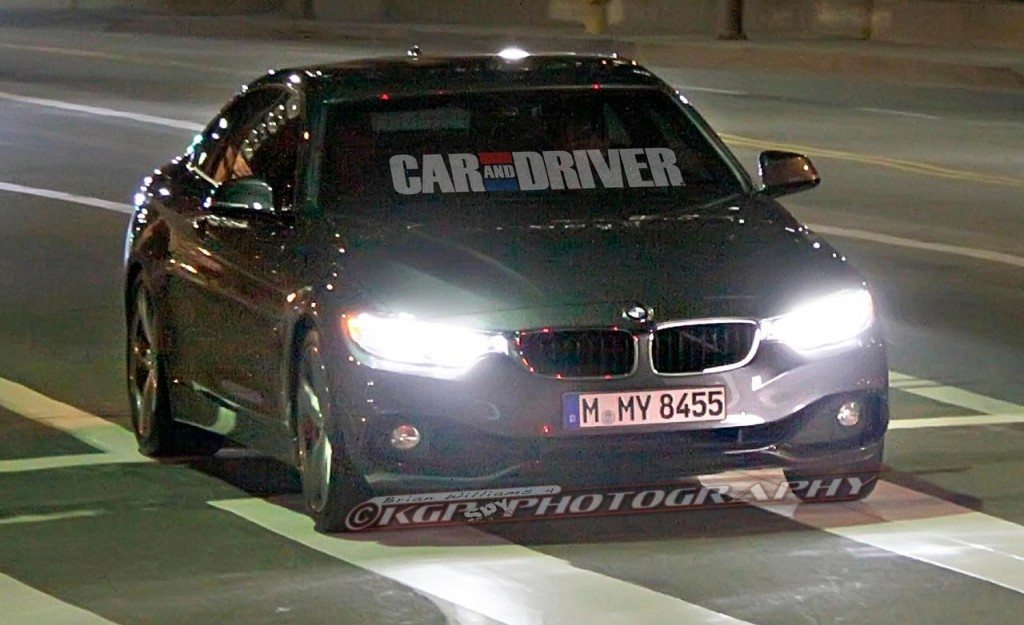 We have been regularly updating our readers about the developments on the 2014 BMW-4 series coupe. The new 4 series expected to hit the showroom later this year would be replacing its 3 series coupe and convertible offering owners a sportier alternative to the outgoing cars.

Car and Driver Website have snapped the new 4 series and thanks to no camouflage on the car, a close comparison between the production spec’d version and the Concept 4 series Coupe reveals that most of the design bits have been retained. The major difference between the two is easily highlighted at the rear end with the production version chucking away those grills over the twin exhausts for a more cleaner sweeping bumper but thankfully retaining the angry upswept tail lights. 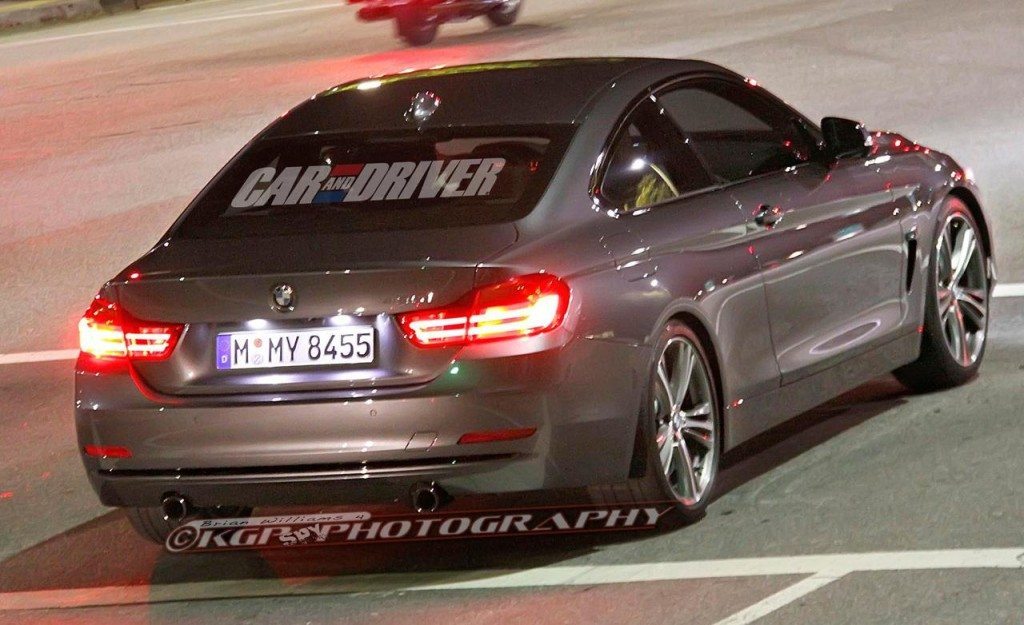 As mentioned in our earlier readings, the BMW 4 Series is a part of BMW’s plans to plug in all the gaps in its current lineup of cars by offering new body variants of the existing cars with more features and at a higher price. The new nomenclature has been done in such a way that all the 4 door sedans get odd numbered series names and the Gran Coupe/ Coupe/ Cabriolet get even numbered series names. Expected in two variants, the 428i would be powered by a 2.0 litre turbocharged 4 cylinder with the 435i getting a more powerful turbo straight six cylinder engine. Next year, the 4 Series coupe and convertible will be joined by the M4 coupe with the Cabrio following in 2015.

The new Bimmer on the block will be taking the bout to the likes of the Mercedes Benz E-Class Coupe and the Audi A5 & S5.