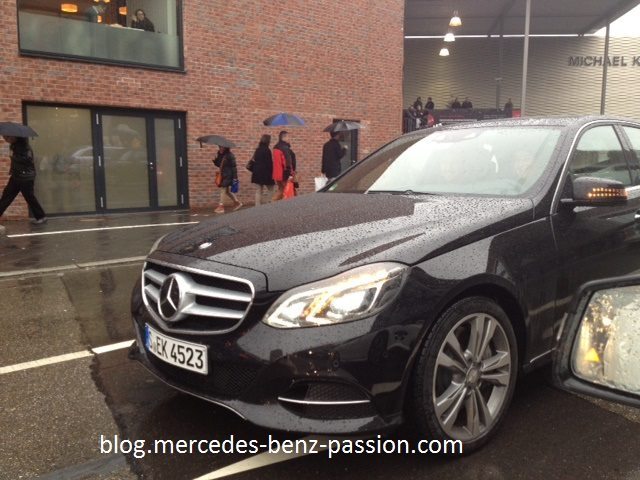 We have been closely following the developments with the Mercedes E Class facelift that will be officially unveiled at the upcoming 2013 North American International Auto Show.

Mercedes, however, recently published a few press shots and trailers of the updated E to give us all a fair idea of what awaits at the Detroit auto show.

Now, spy pics of the upcoming car have emerged on the cyber space and un-camouflaged test mules of the car can be seen testing on public roads in South West Germany. 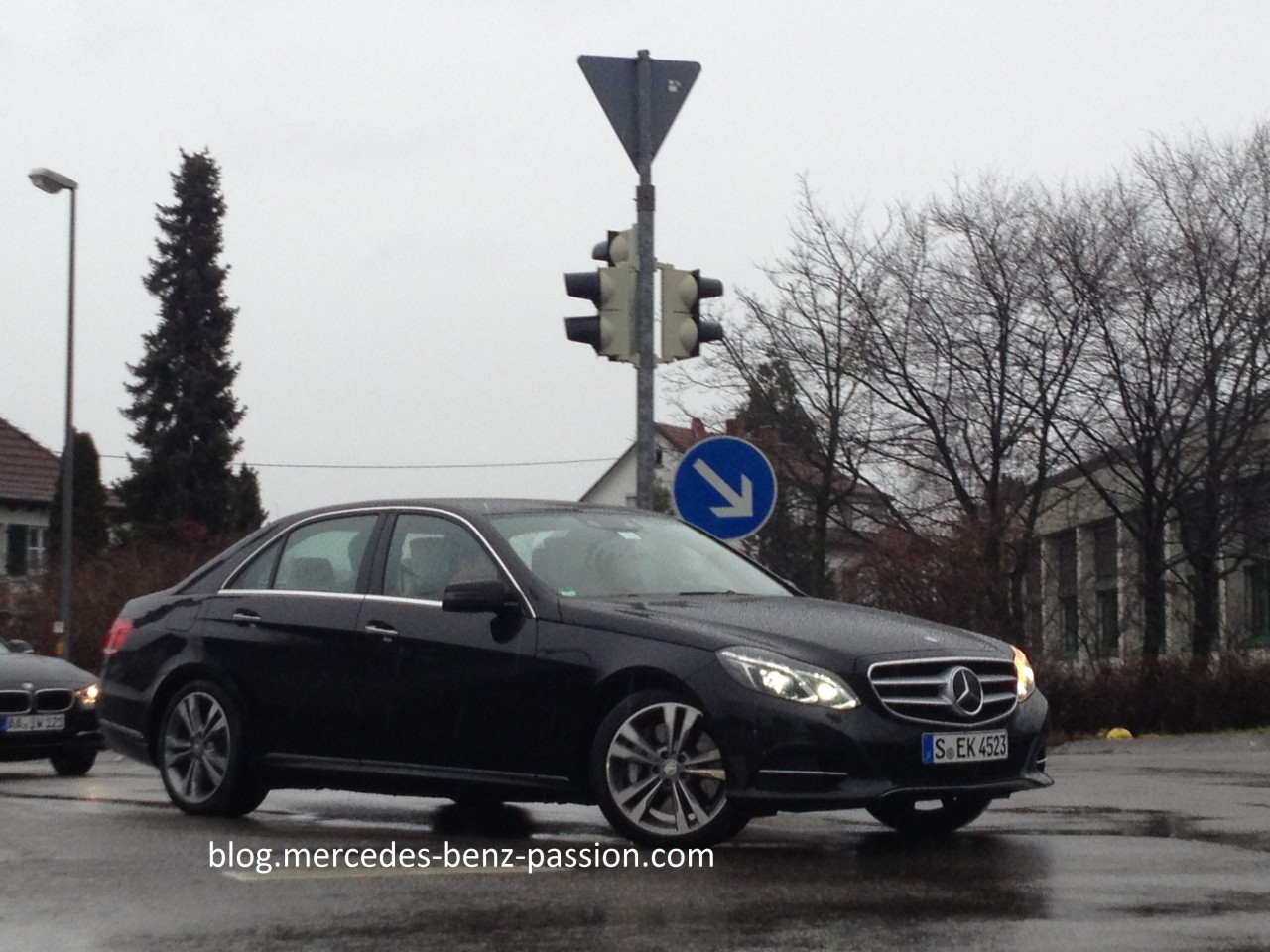 The 2013 Mercedes Benz E Class Elegance variant that is seen in these pics will come with the standard four-louvre grille with a three pointed star placed on the hood. The Avantgarde variant though, will get the star placed on a visually sportier grill with thicker slabs.