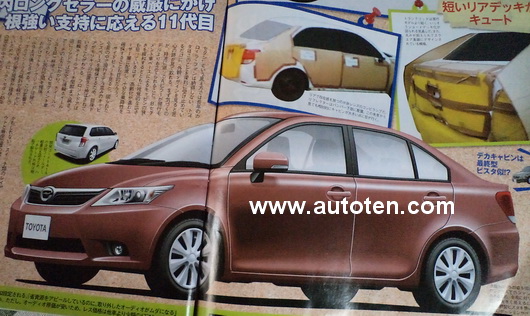 In many parts of the world, C is as much for Corolla as it is for the word Car. What with the Jap auto giant coming up with umpteenth variants of the popular car. Now, Autoten.com has come up with some  details about the 2013 model of Japanese Domestic Market (JDM) Toyota Corolla. It may be noted that back at the home market, the sedan version of this car is called the Axio and wagon version is called the Fielder. The parent car surely has aged, albeit, gracefully and needs to soon get a replacement. Here, we have a few rendering and a spyshot of the Axio (internal codename 140A and the Fielder called 141A). From what we can make out from the rendering, the basic design form of the headlights resembles that of the Asian version of the new Toyota Camry. Also, the rendering shows a minimal shoulder line that does not appears wider than 1700 mm. This might be a move to receive cheaper yearly tax in Japan ( Called 5No.). Coming to the rear, the tail lights almost scream Chevrolet Sonic. 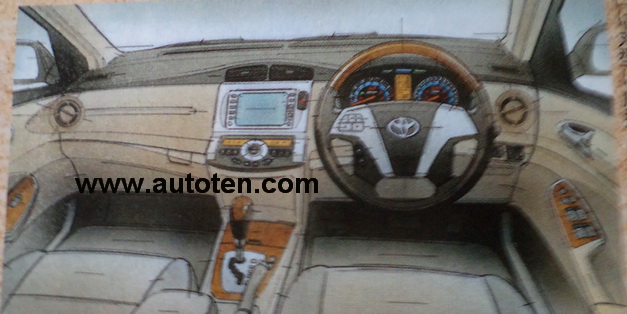 The interior reminds of that on Asian Camry and are seen sporting automatic climate control with LCD display,Wooden finish,Navigation system and multifunction steering wheel. The upcoming model of the car will have 4 pot 1.3 liter,1.5 liter and 1.8 liter petrol engine options. 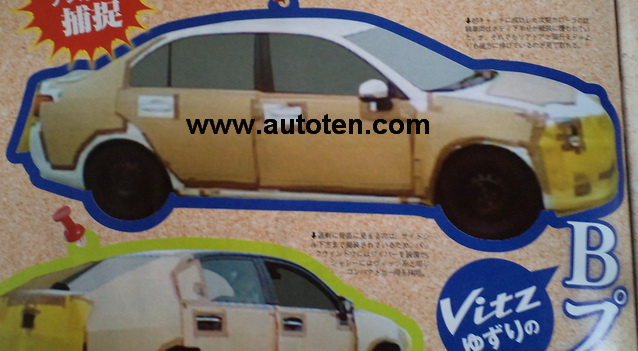