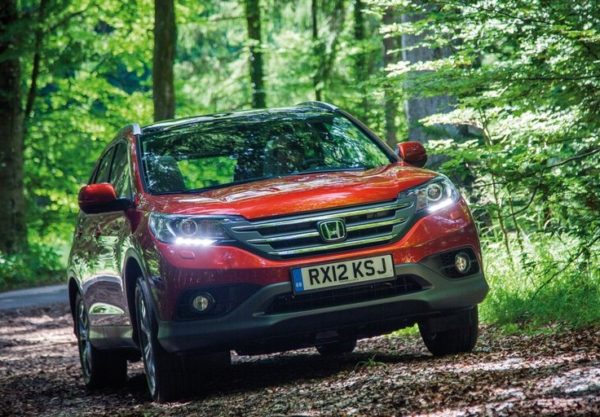 We have posted in detail about the New Honda CR-V that has been launched in the fast developing Indian car market.

The Honda CR-V is a well recognized name in Indian car market and is the new flagship product of Honda India.

The earlier gen CR-V SUV, which used to be available in India with a couple of petrol motors, sold in good nos. and was one of the highest selling premium cars during the first few months of its career. However, sales of CR-V took a hit with the arrival of diesel engined rivals and sky rocketing petrol prices in India.

Honda recently launched the all new generation of the CR-V in India and to everyone’s surprise, is again relying on 2 petrol engine options for its new car. It is pretty much for sure that the diesel engine option for the India spec Honda CR-V is headed our way but there is no information regarding its launch date. The Japanese automaker giant has now showcased a diesel engine variant of the new CRV at the ongoing Geneva Motor Show.

Equipped with a 1.6L i-DTEC diesel engine, the new Honda CR-V diesel is all set to be launched in European car market and might come to us in a matter of a year.

Powering the Honda CRV Diesel is the much hyped 1.6L iDTEC diesel engine which features EarthDreams technology. This motor is good for 120 PS and 300Nm of torque.

This is the same oil burner that is also found in the European Civic and is famous for its stellar fuel economy and decent performance. The diesel variant of the Honda CR-V will be sold in two-wheel drive guise only and will come mated to a manual transmission.