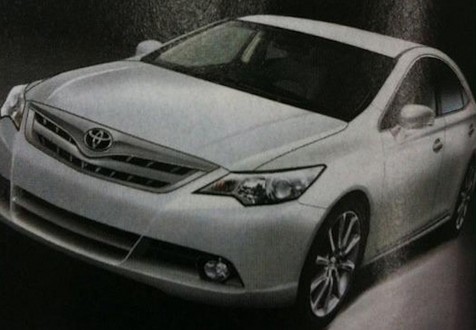 Just two days ago we showed you a secret leaked tape of the 2012 Toyota Camry, today we have what some are calling the a much clearer picture of the 2012 version of USA’s bestselling car. The picture, apparently has been leaked by one of the Toyota dealers.

The 2012 Camry is certainly a vital product in the Toyota world-wide line up and Toyota is leaving no stone unturned for this new baby, it is said to be equipped with all the latest gadgetry and with a new engine which will be Toyota smooth with more power and better fuel efficiency. The new design also looks fresh and goes in hand with the Toyota brand image.

After its international launch, Toyota will get this car in India through the CKD Route and will surely give a better fight to the VW Passat, Skoda Superb & Honda Accord. Would it make for a better choice than the current version, going by the looks? Would you give the VW Passat or the Skoda Superb a miss for this? Do let us know.