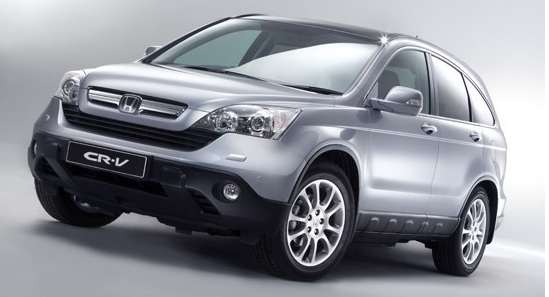 The CR-V has been around for some time now, and its reaching the end of its product-cycle age of 5 years, followed by most of the Honda vehicles. However, if some sources on the internet are to be believed, the new version of the small SUV may not be able to hit the market at the time it was expected to. Thankfully the delay won’t be much

The recent earthquakes and tsunami has totally tormented the supply systems for most carmakers in Japan, with adverse effect on the development program of their new vehicles as well. As a result the new CR-V will make it debut at least a month later than expected.

The CR-V won’t be the only vehicle in the Honda stable to have been affected by the calamity. Other cars such as the new Civic will also be affected. The car will be produced in limited numbers till the time everything settles down and all the systems start functioning normally.

The new version of the very successful vehicle is expected to carry over its powertrain from the current version internationally. The exterior and the interior, however will be changed. The new car has also been reported to be slightly bigger than the current version.

Taking into account the expected delay, the 2012 CR-V may be expected to make a debut at the 2012 Los Angeles Motor Show.