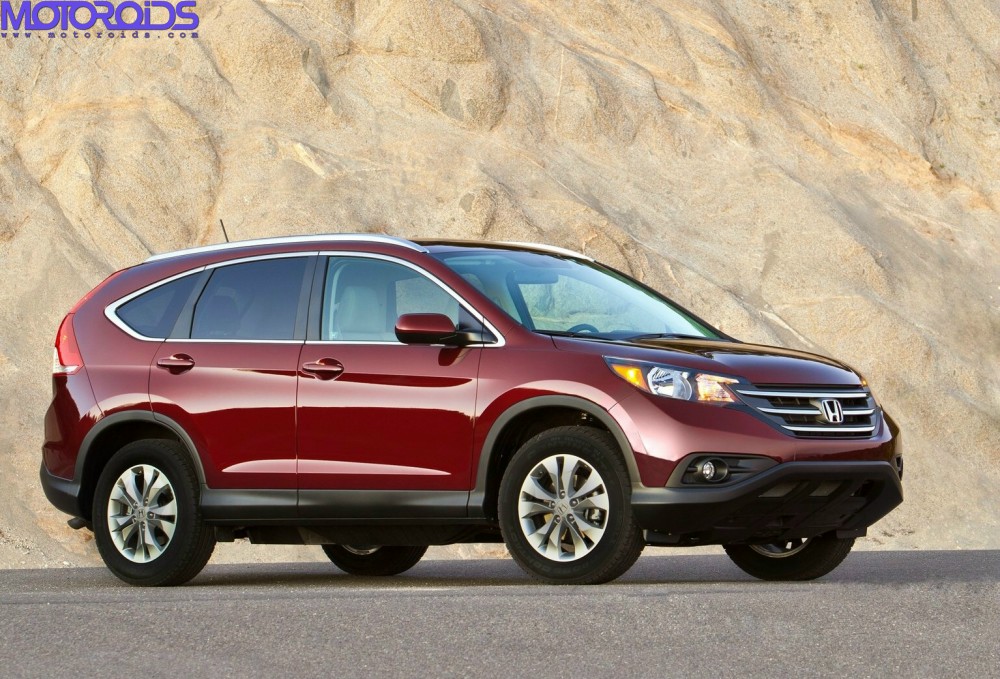 Honda have unveiled the 2012 Cr-V at the LA auto show in the US of A. The big news is, unlike what all of us had thought earlier, the new CR-V is NOT a seven seater. In fact, the new car is shorter in length and lower when compared to its predecessor. The interior space, however, has been increased. The revealed version of the popular crossover is the US variant. The European version will be unveiled sometime in the next year.

The new CR-V, apart from a thoroughly overhauled, interior and exterior design, also boasts of hundreds of technical and feature related changed changes. The 2.4-liter i-VTEC power plant, however, has been retained and will continuing doing duty on the car with slightly more power, torque, fuel efficiency and lesser emissions. 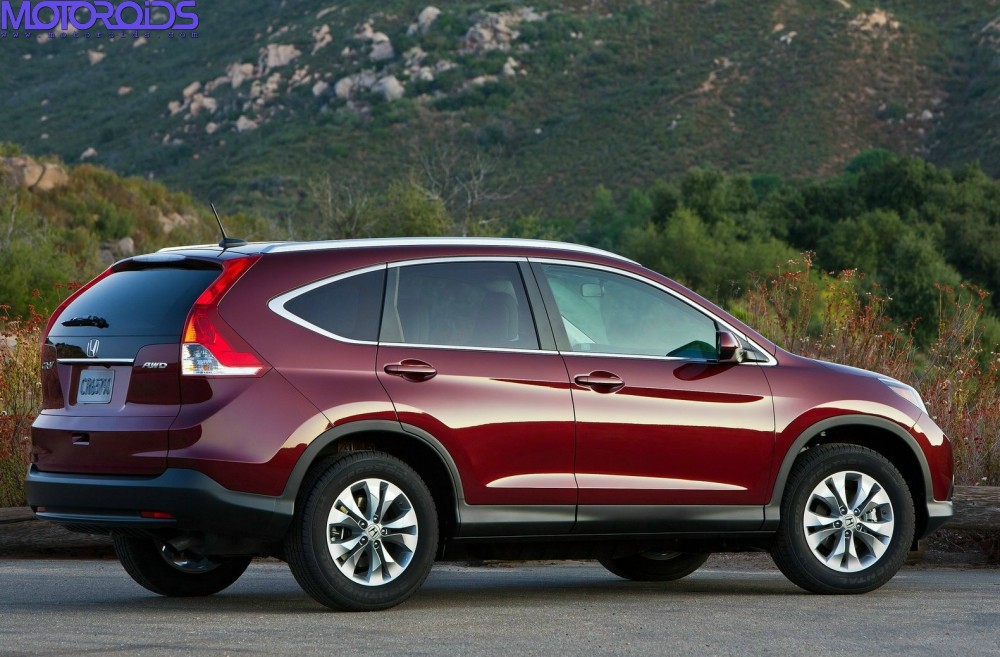 Honda have also made changes to their AWD system, which is now smarter and more efficient (more details in the text below). The dashboard and instrument cluster has been thoroughly overhauled as well with more functionality. The steering wheel is new and steering mounted controls is a standard feature on all variants. The officials images of the car revealing the new crossover inside out have been released, and you have a look at them after reading about all the features of the new car.

Here’s a brief description of what the 2012 CR-V has to offer.

All new for 2012, the fourth-generation Honda CR-V embraces a sophisticated and bold styling direction, offers multiple technology firsts for Honda and increases fuel economy on all models. Major enhancements include improved car-like interior comfort, a smoother and quieter ride, and more innovative features. 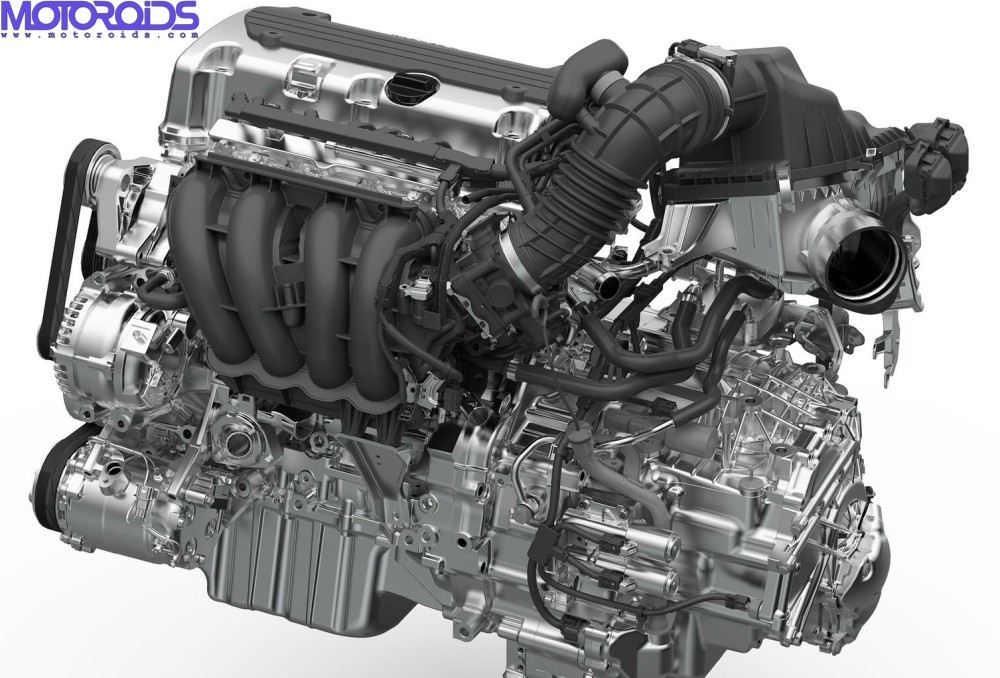 Peak power rated at 185 horsepower at 7000 rpm and torque is rated 220 Nm at 4400 rpm – up by 5 horsepower and 3 Nm of torque compared to the previous generation. Despite its added power, the engine also delivers superior EPA-estimated fuel economy compared to its predecessor, up by over 10 percent on the highway compared to the 2011 model, in both front-drive and all-wheel-drive versions. 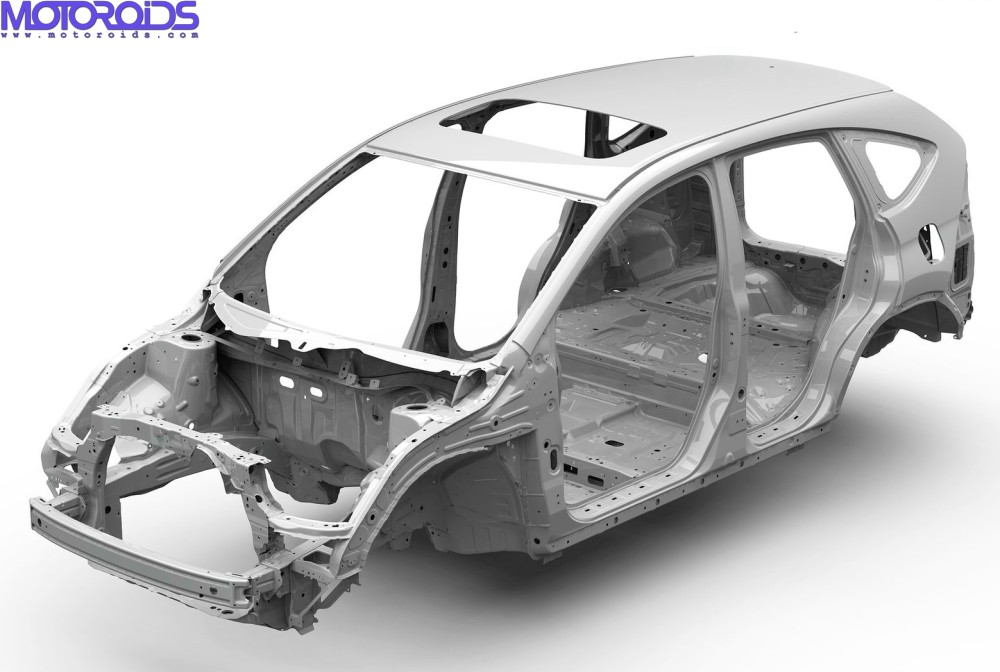 Significant reductions to the impact of noise, vibration and harshness (NVH) throughout the body and chassis improve interior quietness and ride quality compared to the previous model. To achieve the improvement, the 2012 Honda CR-V has greater body rigidity, lighter suspension components, additional noise insulation and more aerodynamic features including underbody covers and a rear spoiler.

The 2012 Honda CR-V rides on a 103.1-inch wheelbase and measures 178.3 inches in length, 0.8-inches shorter than the previous-generation CR-V. At 71.6 inches, overall width is the same as the previous CR-V, and at 61.6 inches front/61.6 inches rear, the track is also the same. But the most significant departure is in height: at 65.1 inches tall, the 2012 CR-V is a noticeable 1.0-inch lower on AWD models and 1.4 inches lower on FWD models. Although the aggregate visual effect is of a lower, sleeker CR-V, even with these exterior dimension adjustments the new model is still roomier inside. 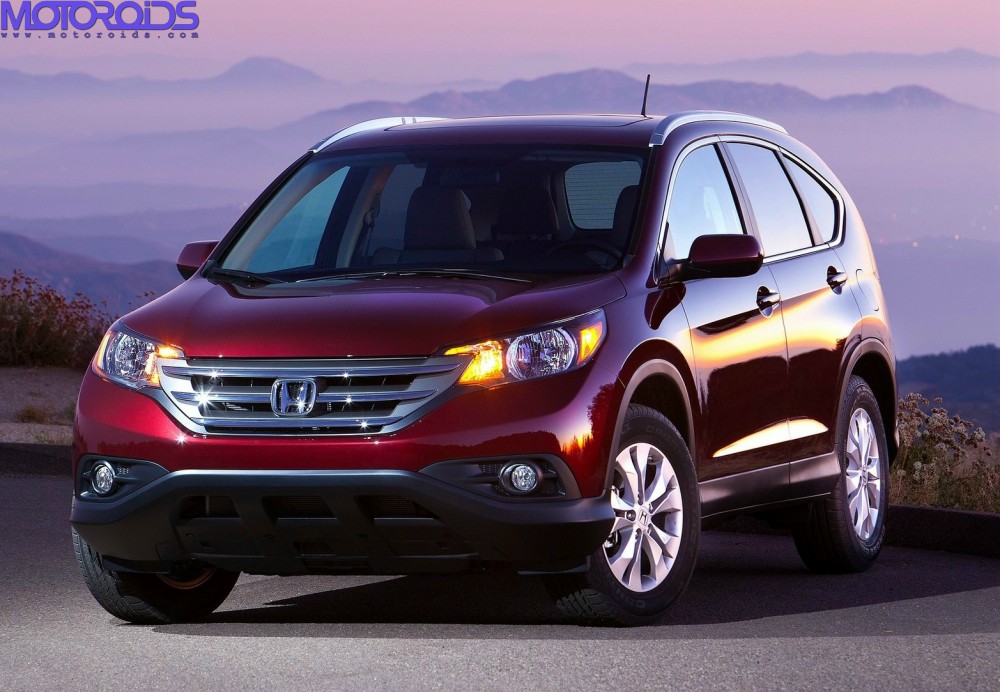 Compared to the previous-generation CR-V, the 2012 model takes on a more aggressive and aerodynamic stance with deeper sculpting of the bodylines and a bolder front fascia. The front bumper’s smooth-flowing lines are highlighted by a horizontal three-bar grille and deeply set multi-reflector headlights. The lower front bumper wraps smartly upward to convey SUV capability with a generous approach angle, while the lower front bumper design now integrates more smoothly with the fascia for improved aerodynamics. The CR-V’s signature vertical rear brake lights, which originally debuted on the 1997 model, remain for 2012 with a more three-dimensional style that further compliments the design and aerodynamics of the vehicle. The CR-V’s large wheels and bold fender flares emphasize the vehicle’s dynamic presence and capability. 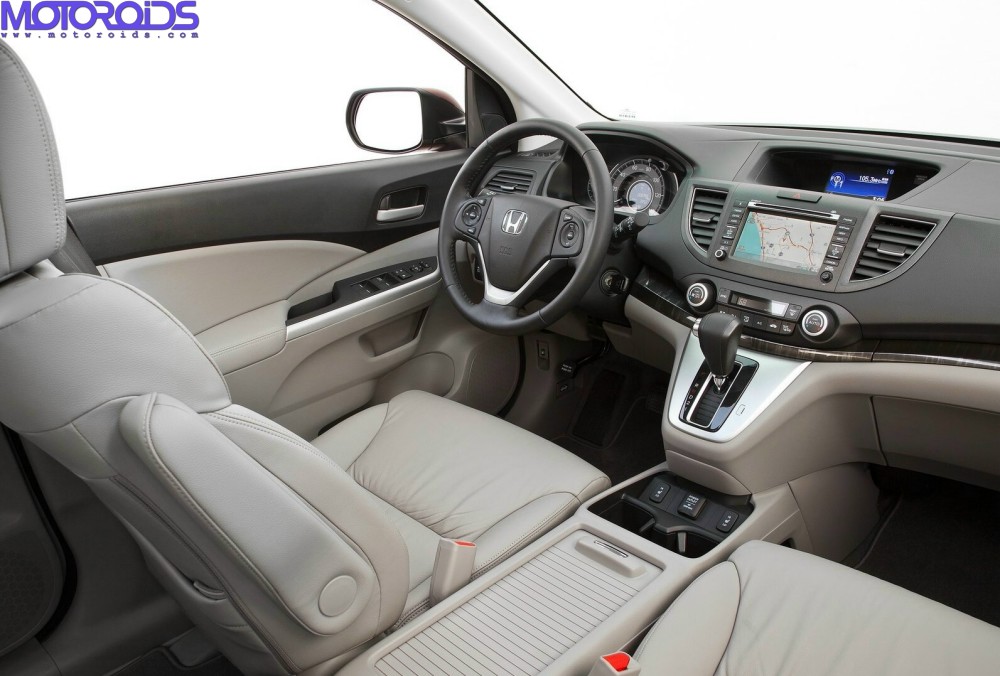 Beyond its smart new packaging, the CR-V demonstrates new attention to the in-vehicle driving experience, with sophisticated and precise instrumentation and a full-color “intelligent” Multi-Information Display (i-MID) that offers a range of customizable features via fingertip controls on the steering wheel. A slightly lower and reconfigured seating position gives the CR-V a more carlike feel from inside the cabin, while retaining the same elevated driver vantage point that customers value in this class.

CR-V offers a variety of new standard and available technologies that are meant to enhance driving enjoyment. The CR-V’s audio systems offer a new level of connectivity, led by a Pandora® internet radio interface. With an iPhone running the free Pandora app connected to the CR-V’s USB port, Pandora station information appears on the color i-MID screen, and the driver can control the app with the steering-wheel mounted controls, or the touch screen navigation system (when equipped with navigation).

There’s also a convenient SMS text messaging function that, when paired with a compatible phone, can read incoming texts aloud through the audio system and allow the Honda CR-V’s driver to respond with any of six factory preset text messages. For 2012, the Bluetooth® HandsFreeLink® phone interface is standard on all models, and offers intuitive hands-free calling convenience. For the first time, the CR-V now offers an available DVD Rear Entertainment System (RES), with a remote control.

More interior storage, with much more space in the loading bay

Space-Saving Spare Tire is located under the carpeted floor in the trunk.

Grade Logic Control for better driving in the hilly areas.

Side Curtain Airbags with Rollover Sensor