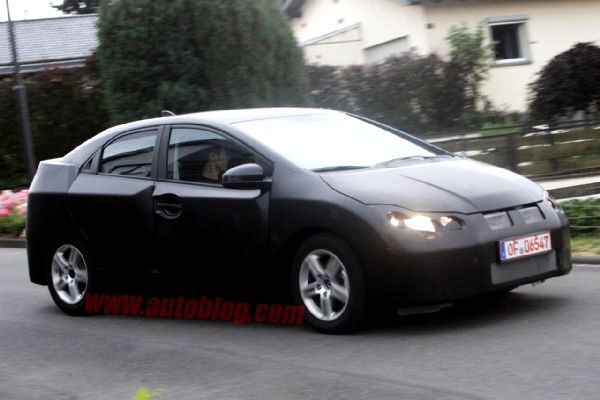 We had earlier shown you the pictures of the 2012 Honda Civic, which was still camouflaged under the bodywork of the older model. Now the pictures of the car being tested in its original bodywork, although heavily clad with camouflage are out. What you are looking at here is the next-generation European Civic. Although the next-gen Civic coming to India will most likely be slightly different in shape from its European sibling, it will share ample lines to give us an idea of what the car is going to look like. These photographs are of the hatchback version.  The car is so heavily camouflaged that it’s almost impossible to derive any inferences about the design. Here’s the precious little we have been able to deduce for you.
1.    The front end of the car seems to retain the proportions of the current car. The slope angle of the bonnet isn’t hugely different from that of the windscreen. The two elements appear in line.
2.    There clearly is a chrome lining around the instrument panel cavity and the central a/c vent (or the nav screen – whatever it is)
3.    The tail lamps are illuminated by a cluster of LEDs
4.    No info on the engines and transmissions has been revealed yet, but expect regulation 4-cylinder petrol and diesel mills (diesel primarily for Europe).
5.    Power to be in excess of 150PS 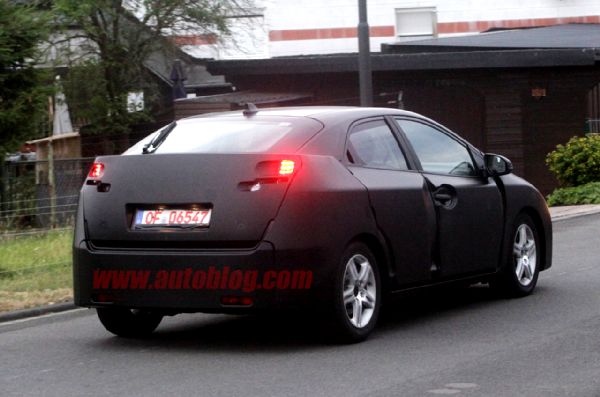 We are trying to dig out some more information from the internet. In the meantime, flip over to the next page and have a look at the hi-res image gallery of the car.