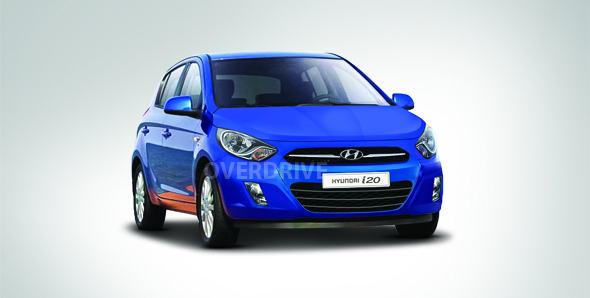 A while ago, Overdrive India published a rendered image of how the new 2012 Hyundai i20 would look. This image has been rendered keeping in mind the current fluidic design trend amongst other new Hyundai cars and various speculations from other sources. According to sources, the new car has been spotted several times being tested in Europe.

The Hyundai i20 made its debut three years ago in the 2008 Paris Show. The new refurbished car may sport a hexagonal grille just like the re-designed i10. The definition lines on the bonnet would neatly blend with the new grille. Sharper headlamps and sculpted bodywork too will make its way to the new car.