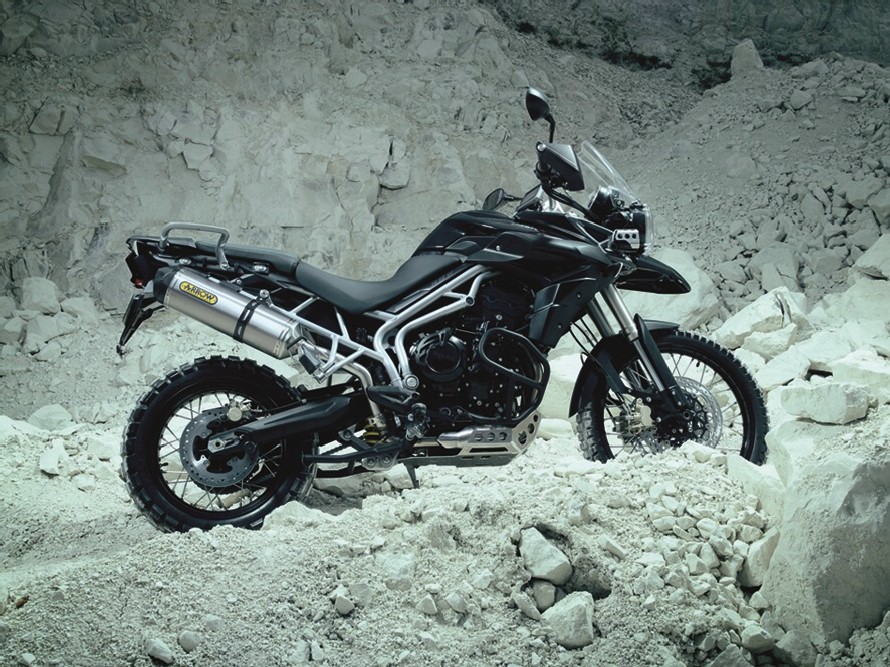 We just attended the Triumph unveiling event in Auto Expo 2012, New Delhi. We have been reporting about Triumph’s line up since more than a couple of months and yet again, our information turned out to be very accurate and spot on. Here, we bring to our readers a quick report on the iconic 2 motorcycle maker’s Indian line up. 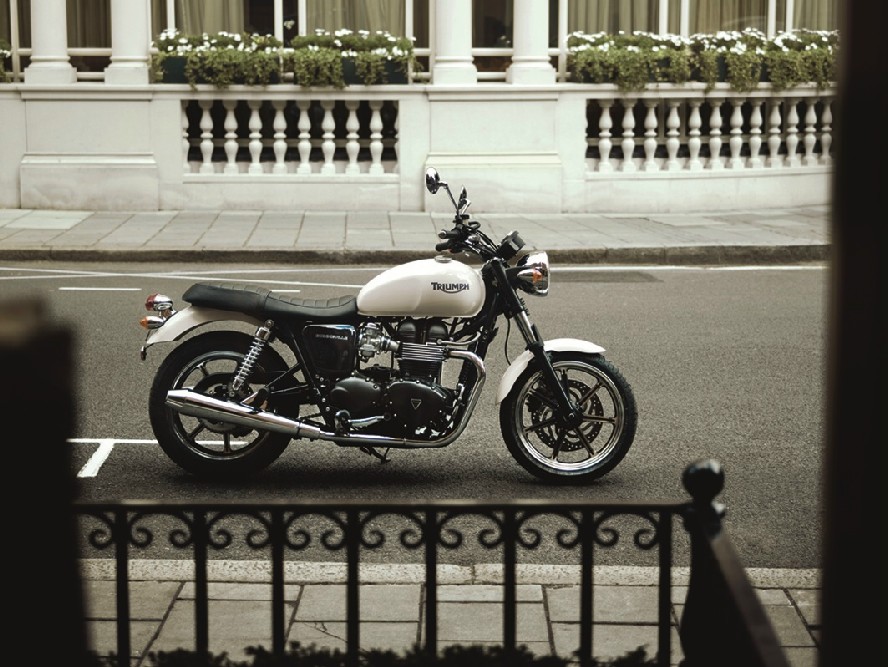 The Bonneville pays homage to the classic British parallel-twins. The Bonneville comes in two versions- the standard and the SE. The popular bike is names after the performance ground that has seen numerous records made by Triumphs. The original bike was launched in 1959.And the modern day version of the bike sports quite a retro look. Triumph is so serious about the classic appeal that the bike gets faux carburettor panel and dummy pushrods. The bike has a fuel injected 865cc motor that pumps out a healthy power output of 68PS and pulling power of 68NM.The SE version gets a host of features above the ‘non-SE’ version. These include a tacho, chrome badges on tank and a brushed alloy engine casing. The standard model comes in metallic shades of Phantom Black and Crystal White options, while the Bonneville SE is available in Phantom Black or two dual colour alternatives: Intense Orange with Phantom Black or Pacific Blue with Fusion White. 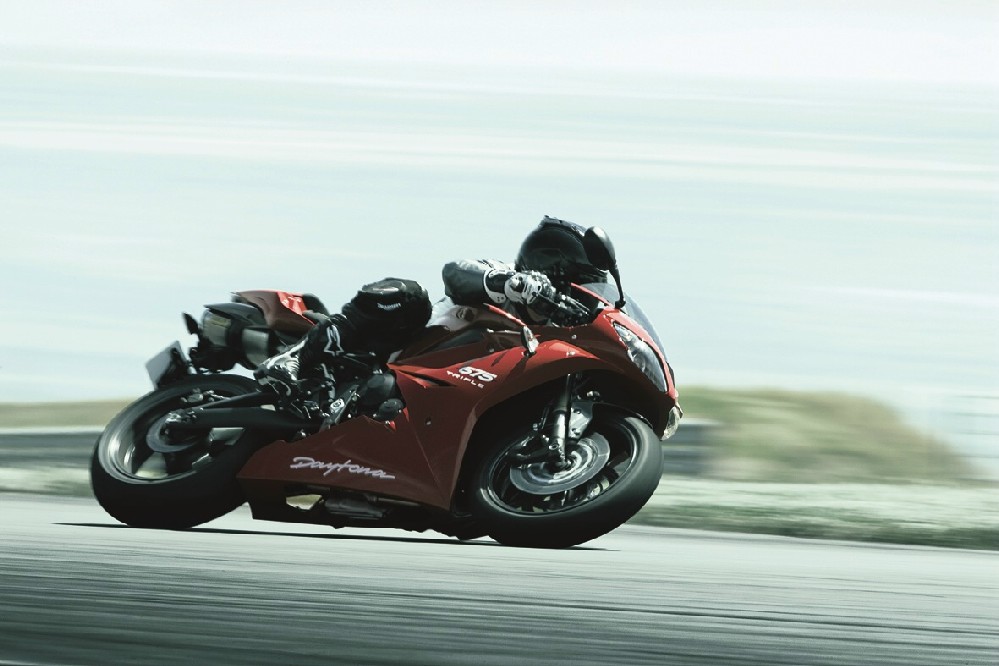 Now, the Daytona has to be the most modern looking bike in the Triumph line up. The bike sports a fully adjustable suspension that makes the Brit bike very much at home on a race track. The compact 3 cylinder 675cc motor churns out 125 PS  of power and 72 NM of torque. The bike can rev all the way to the moon and the peak power is developed at 12600 RPM. The Daytona 675 has bagged numerous awards, including two Masterbikes titles and as many as three Supertest titles. Also, the bike finished fourth in the 2010 Supersport World Championship. 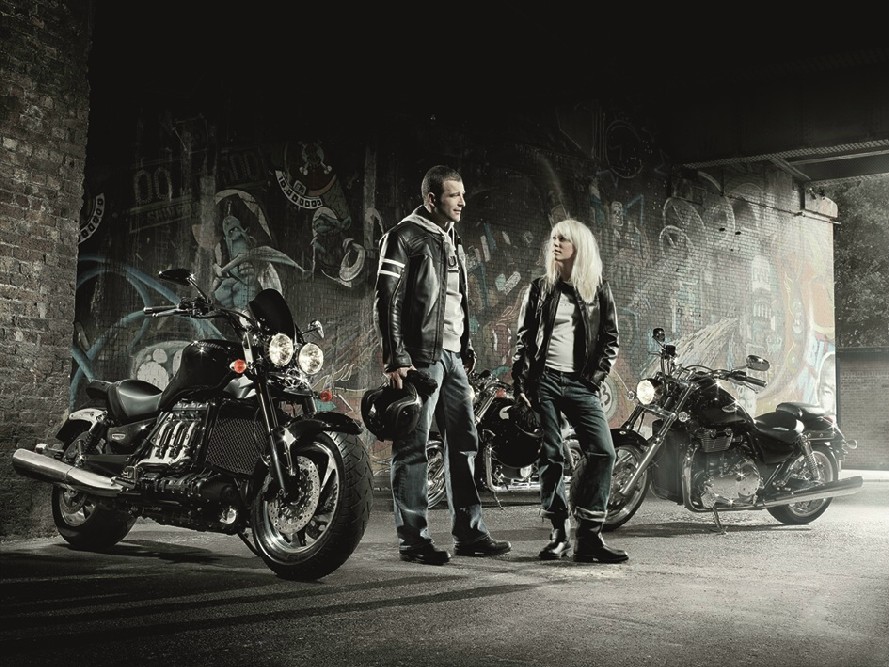 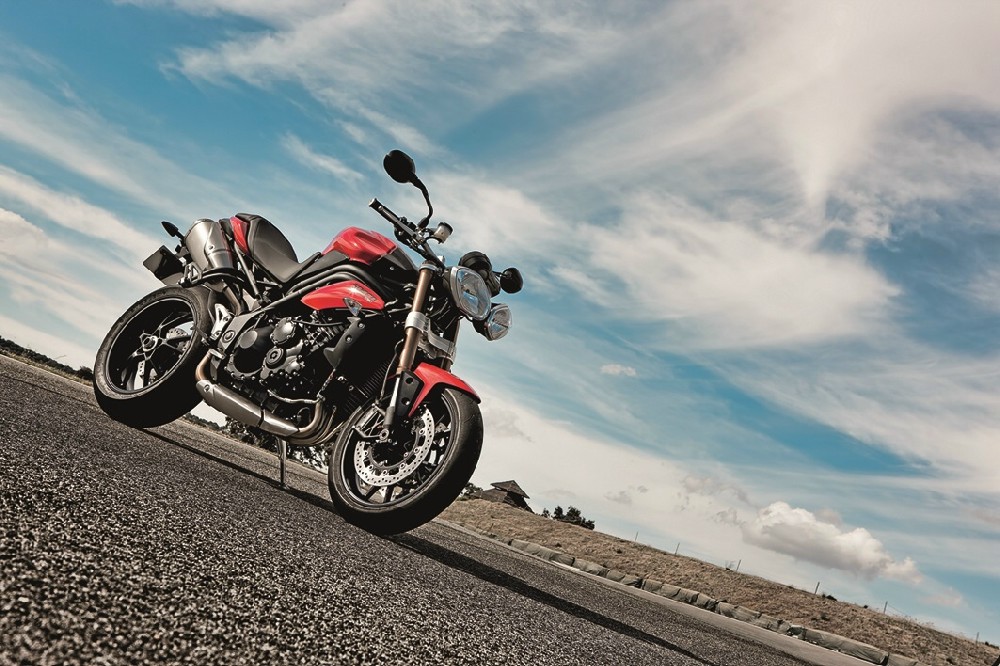 The Speed Triple sports an all-new chassis that delivers a nice handling experience. The bike has an aggressive look and the iconic 1050cc three-cylinder engine pumps out 135 PS of power 111 Nm  of torque. 2011 saw a new version of the Speed Triple and is 3 KGs lighter than the previous model. Triumph offers an option of ABS on this bike. 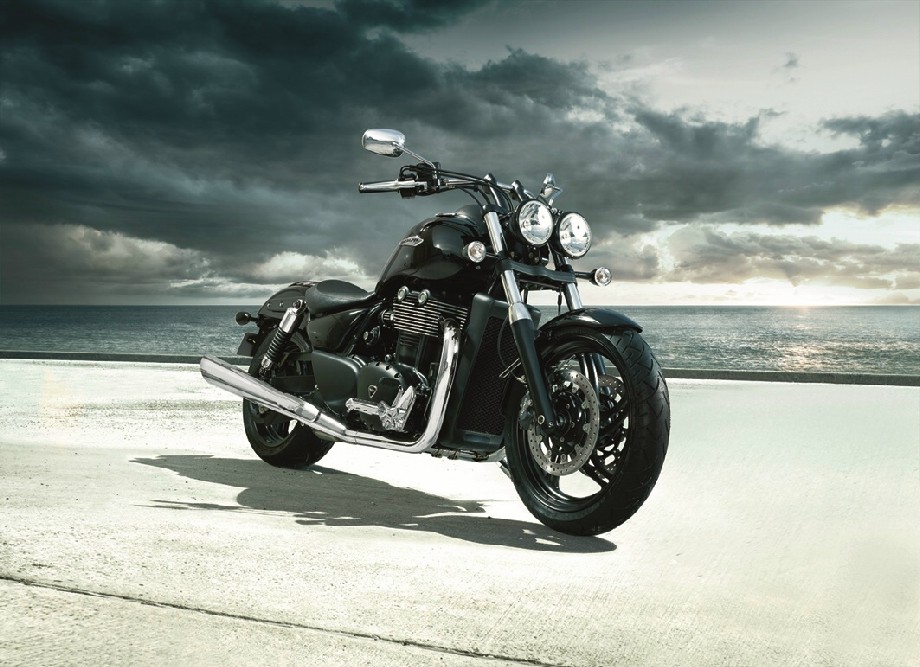 Storm possess a very potent big bore, 1700cc version of Triumph’s award-winning T-16 engine. The motor develops 98PS of power and 156Nm of torque. The bike has high performance four piston brakes and optional ABS.The Storm boasts of a chassis that comes from Triumph’s award-winning Thunderbird. This bike sports the traditional tiwn headlight front fascia. The suspension includes 47mm forks up front and a five-way adjustable twin shocks setup at the rear. The bike comes with a tank mounted speedo console that includes a clever on-board computer which in turn, includes a clock, two trip meters and fuel gauge, in addition to a small and stylish tachometer.

This middleweight street fighter comes with a 106PS 675cc three-cylinder engine that churns out a pulling power of 68Nm torque. The bike has a futuristic styling that has been inspired from that of the popular Speed Triple. This is not all that has been borrowed. The Triple also gets a chassis that is basically a derivative of Daytona 675’s sports chassis. This Triumph should be introduced at a competent price and the entry level sportsbike includes 41mm upside down forks and a dual 308mm disc front brake set-up with two-piston sliding calipers. 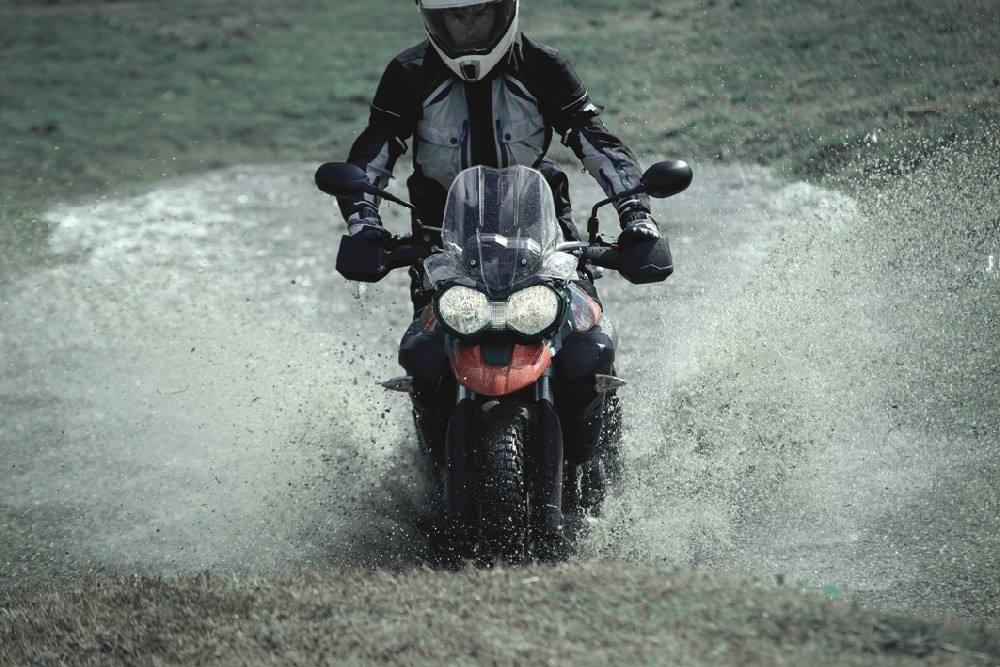 The bike is equipped with a long-stroke three-cylinder engine that translates into 79Nm of torque and 95PS of power. The bike is competent both on and off the road and comes with an adjustable seat height and handlebar position. This bike comes with 21” front wheel, long travel suspension and a switchable ABS option.