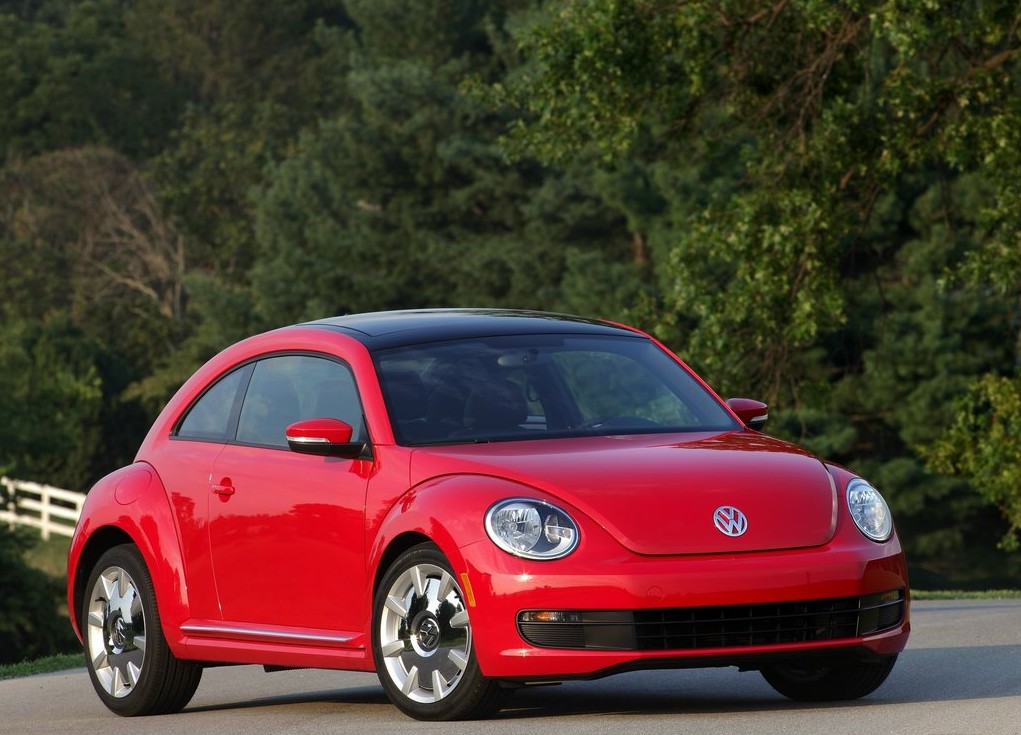 We recently visited the Volkswagen hall at the 2012 Auto Expo, New Delhi. We have always maintained that the leading car manufacturer has been taking the Indian market pretty seriously since quite some time and the line up of vehicles at the hall covered quite a few car segments of the Indian car market. Here, we talk about the significant VW cars on display at the Indian Auto Expo.

It may be noted that it is this iconic car that led to the introduction of first Porsche performance oriented cars more than half a decade ago. We have always adored the cutesy car. The car has been sporting the same design language since the birth of the brand. While the classic Beetle is one of the most famous people’s cars ever, the last generation of the Beetle, which was called the New Beetle, was basically a re-skinned Volkswagen Golf. The last iteration sure paid homage to the original car but thanks to it being priced ridiculously high, the car was far from being a people’s car. Today, Volkswagen put on display it’s all new version of this classic car. Called as the 21st century Beetle, the car continues the tradition of making many a hearts miss a beat due to the curves it’s design boasts of. The car rides on 10 spoke mag wheels, has chrome tipped exhaust and an integrated rear spoiler that reminds me us of the duck tail spoilers seen on the classic car. The 21st century Beetle comes with options of a BlueMotion 105 PS 1.2L TSi and 160PS 1.4L TSi engines. The car gets usual quota of airbags, etc. While we do not say that the car should be priced very low but we do feel that it will be interesting to see how well VW manages to price this iconic car. 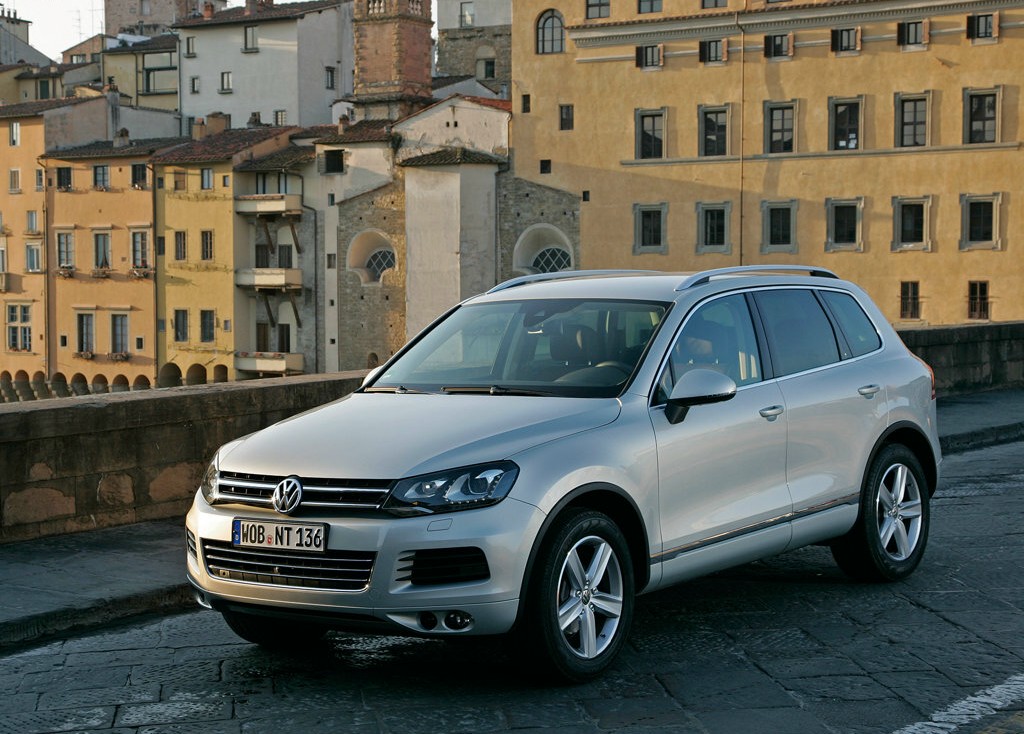 Luxury SUVs are the in thing these days. Almost every leading car manufacturer is busy working on their product for the high class SUV segment. Volkswagen today showed the New Touareg at the Expo. This SUV boasts of capabilities like 45 degree climbing, 500 mm water wading and 35 degree tilt driving!! And the 245 PS 3.0L V6 V6 TDi engine that lurks beneath the hood  of this popular SUV makes the car  equally competent on slush or autobahns. 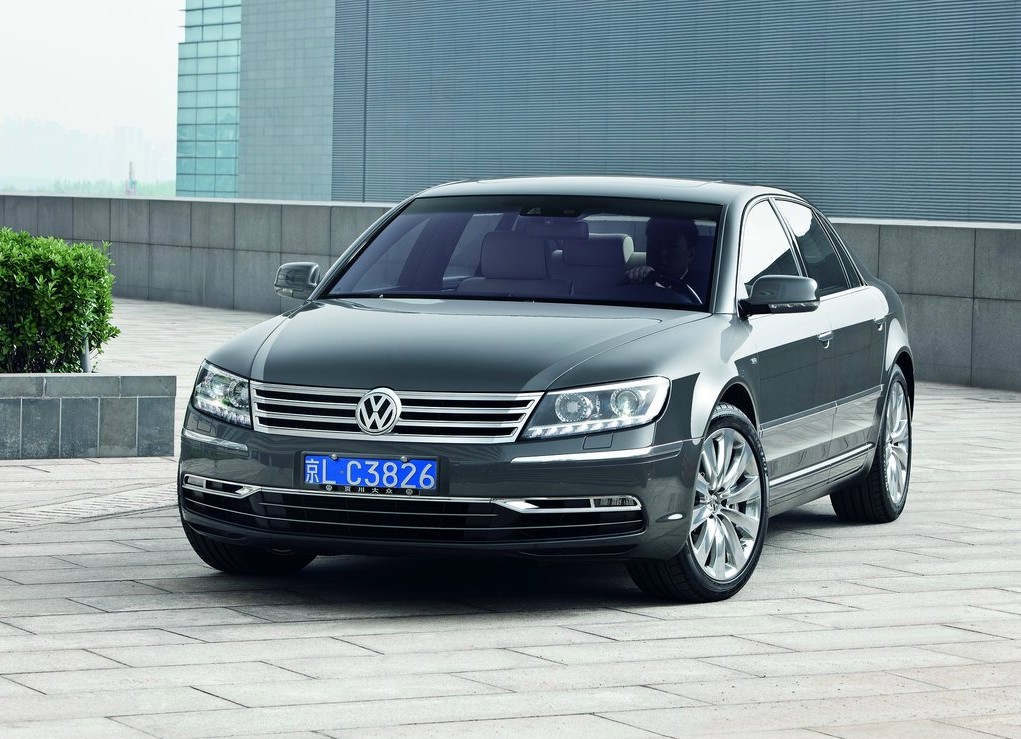 Many people out there do not take pride in showing off that they have arrived in life. For them, having a 3 pointed star on car’s hood might not be the most sensible idea. Also, there is a breed of car buyers who believe to judge a car not by its badges but by its qualities. For these people, VW India just offered a really sensible solution by recently unveiling the new Phaeton. The luxury saloon is powered by a 240 PS 3.0 L V6 TDi engine and uses the car maker’s 4-motion technology. This saloon rides on 20 inch ‘Magara’ alloy wheels air suspension. 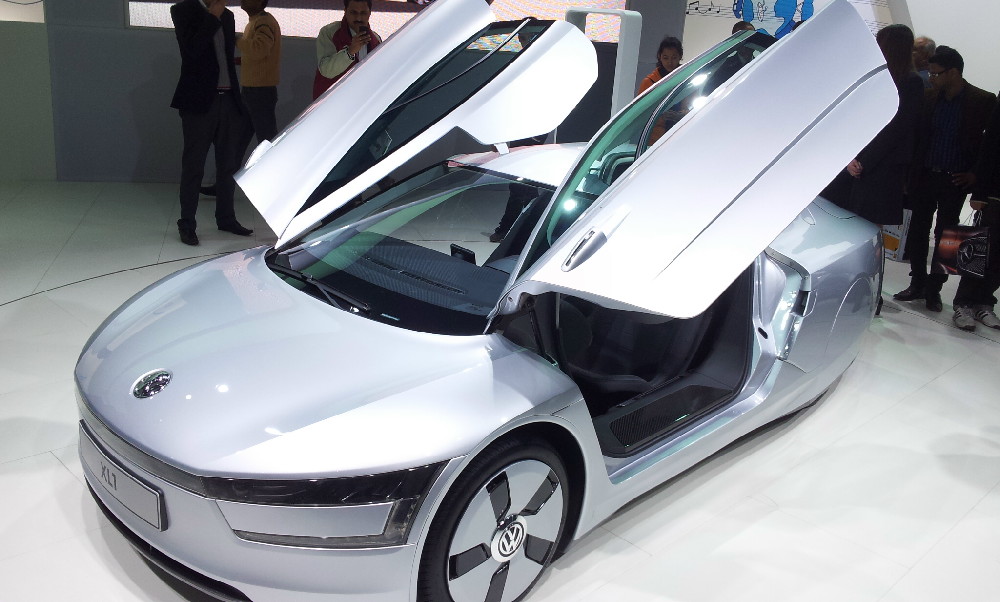 Volkswagen showcased its Formula XL1 Hybrid concept, the car which is capable of going more than 111 km on a litre of diesel. Apart from the high fuel efficiency the XL1 also boasts a ridiculously low CO2 emission figure of 24 g/km.
The XL1 is a diesel electric hybrid, with a 800cc two-cylinder TDI engine producing 48PS, supported by a 27PS (20KW) lithium-ion electric motor. And just because the XL1 is fuel efficient, you shouldn’t think that it’s a slouch. The 0-100km/h sprint comes in a decent 11.9 seconds, and the top speed is a respectable (and electronically limited) 160km/h. The XL1 is also capable of travelling up to 35km solely on electric power.
The secret behind the XL1’s fuel sipping capabilities is its lightweight construction. The car’s chassis is a carbon fibre monocoque, while the body panels are made of carbon fiber reinforced polymer (CFRP).  The result of using such ultra-lightweight materials is a weight of just 795 kg.
The car will apparently make it to production, though only 100 units will be created and sold. The XL1 will be sold in markets across the world, starting from Europe, and then going to the US and China.
And if you thought that such exclusivity and environment efficiency would make the XL1 cost the sun and the moon and all the constellations, you’d be wrong. According to senior VW management, the car won’t be as expensive to produce as some other such projects in the past, as the hybrid tech is getting increasingly mainstream. Also, the cost of lightweight materials such as carbon fiber is coming down, as the usage increases in automotive and aviation applications.

Apart from these ‘newbies’, the rest of the VW hall showcased the usual suspects (read: Polo, Vento, Jetta and Passat). We also saw a couple of stunning concepts but that will be a different story for a different day. Stay tuned folks.