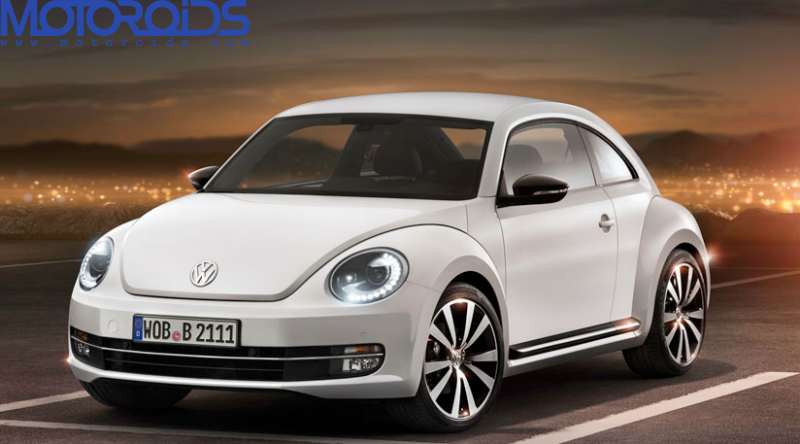 VW has unveiled its latest version of the iconic Beetle car. The earlier version, better known in the automotive circles as the New Beetle, will be replaced by this new version which is more muscular and sportier looking than the version it replaces. Apart from its brawnier lines, the new beetle is also lower, wider and longer than the previous version.
In its newest avatar, the Beetle’s roof has become slightly flat, unlike the curvy ones on the earlier model. The wheel arches are pronounced, and the car adopts angular treatment around its bumper for an athletic look. Even the air dam hints at aggression and muscle than the girly charm that the previous version was known for. The 2011 Beetle also gets a sporty spoiler right below the rear windscreen. The new, lower design has taken its toll on the space inside. The boot is smaller too.

The interior of the new car has been thoroughly overhauled, and now looks much more luxurious and modern. The interior trim can be ordered in body colour or carbon fiber. The car will be available in three trims, Basic, Design and Sport.

The top two petrol engines will also include the XDS electronic differential which is also employed in the Golf GTI for enhanced road-holding. With the 2011 Beetle, VW wants to send a message that the Beetle isn’t just for women.

What do you think of the original people’s car in its new avatar? Better or worse than the version it replaces?