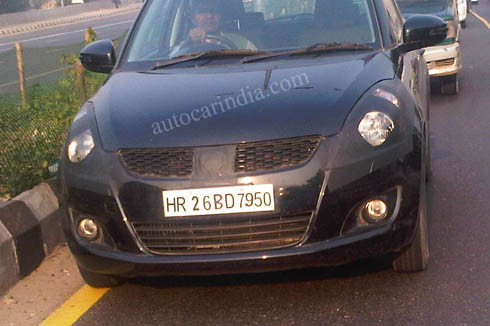 Autocar India have done it again. The leading indian automotive magazine has managed to click some snaps of the new version of the outrageously successful Swift in India. Yes, the new version has landed in India, its testing and should hit the showrooms in a couple of months. The Swift, although a new car, is not very different from the current version. There are only a few difference that help you differentiate the two. The elongated, more swept back headlamps give it away most prominently.

We have done a special feature on the 2011 Swift, talking about all the changes made. You can read it here.