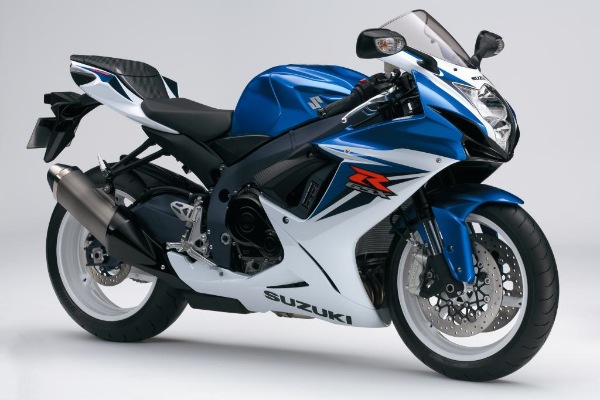 Suzuki, has unwrapped its latest Gixxer models today, at the on- going 2010 Intermot Cologne Show- the 2011 GSX- R600 and GSX- R750. The two sport bikes have been extensively revamped and have received a major chunk of technological updates. Suzuki officials report that the bike is all new from ground up and also claim that, they haven’t released a new model with this many improvements since the jump to the Suzuki Ram- Air Direct (SRAD) models in 1996.

The new sport bikes are fitted with a liquid- cooled engine with SRAD induction and a digital engine management system, which allows for improved throttle response, mid- rpm torque and peak engine output. New chassis design are featured on both gixxers, each based on a more compact, lighter twin- spar aluminum frame with a 15mm shorter wheelbase. The wheelbase is now 1,390mm of the GSX- R700 and the wheelbase of GSX- R600 now measures 1.385mm. The shorter wheelbase further improves cornering and shortens the reach between the handlebars and the seat.

Both bikes come with 310 mm fully-floating front brake discs and new radial-mount, four-piston Brembo monoblock calipers. The Suzuki Drive Mode Selector (S-DMS) system built into the ECM allows the rider to use a button mounted on the left handlebar switch module to select one of two engine control maps, regulating the fuel injection, secondary throttle valve and ignition systems. The two maps are designated A and B, with Map A delivering full power and acceleration and Map B producing more moderate acceleration.