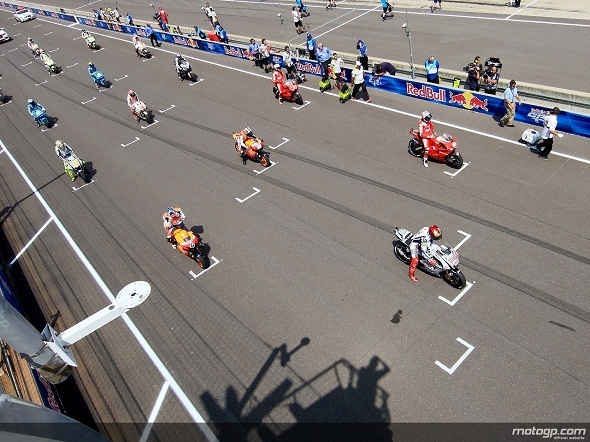 The 2011 MotoGP season is going to witness some new rules. Under the effect of these new regulations there is a confirmation of a four-session weekend for the 2011 season, as well as a switch to three riders per line on the starting grid for all classes. On December 9th a Meeting was held in Madrid among all the elite members of Dorna Sports, FIM and MSMA. Carmelo Ezpeleta (Dorna Sports, Chairman), Ignacio Verneda (FIM Executive Director, Sport), Herve Poncharal (IRTA) and the other members unanimously agreed to the new changes in sport.

In 2011 the practice sessions across the first two days of each Grand Prix will be as follows:

There will also be three riders on each row of the starting grid in every category starting in 2011. With the arrival of these new rules and top of the riders changing their rides the 2011 season is going to be a cracking one.