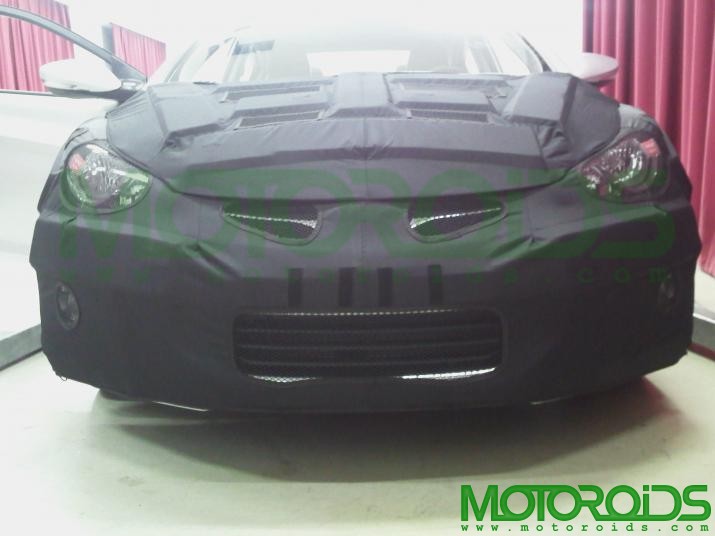 After bringing you scoop pics of the new Elantra a few days back, we are now following it up with more spy shots of Hyundai’s up-coming entry-level luxury sedan. While the earlier post revolved more around the exteriors of the car, the spy shots here reveal the interiors with all the Hyundai badges intact.

From what we can see, the new Elantra (which our sources have confirmed for India), will feature a fresh and futuristic looking interior. It’s a no-brainer that Hyundai would need something like this if it has to give the likes of the Civic and the Altis a serious nudge. The car will incorporate a LCD display for various read-outs like real-time mileage, trip, odo, fuel-gauge, engine temperature etc. The new entertainment system is said to incorporate a large hard-drive for all your digital music, alongside the standard bits like iPod/USB compatibility, multiple CD jukebox etc. The entertainment system will feature additional controls on the steering wheel as well, which would remain standard across all the variants in the global market. However for India, a bare minimum version with no such frills might find its way in. 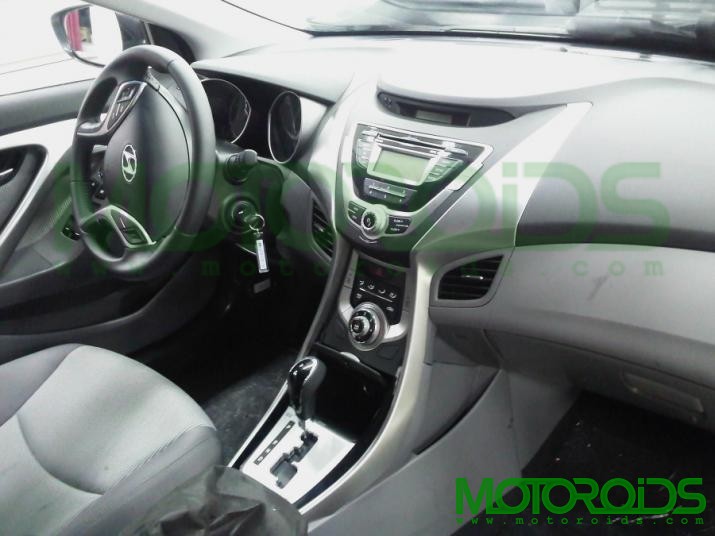 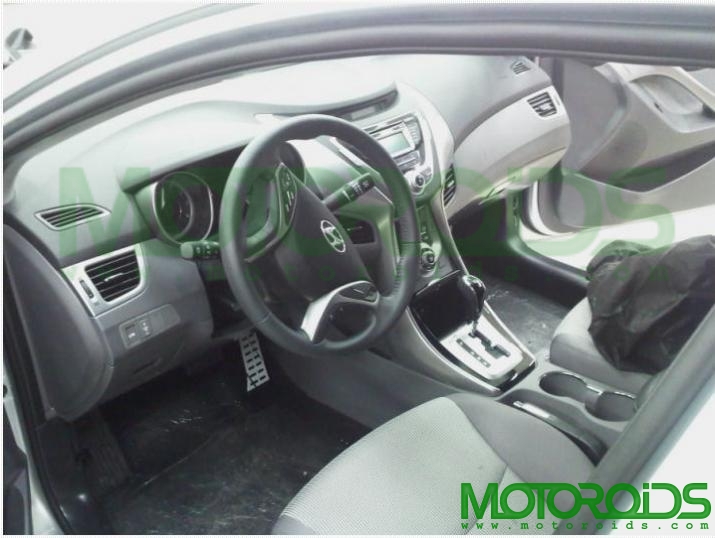 As we mentioned earlier, the engines will range from 1.6-litre to 2.0-litre petrol and diesel mills. These will be built around the Theta-II platform that we were introduced to with the Sonata Transform. The exciting bit however comes in the form of the new six-speed gearbox which will be mated to the new engines in automatic and manual options. The new gearbox has been indigenously developed by Hyundai and will find its way into 16 upcoming models (new Elantra included). A six-speed tranny will definitely give this Hyundai an upper hand over the rest of the competition. But whether that facet is enough or not, is something that time will answer. 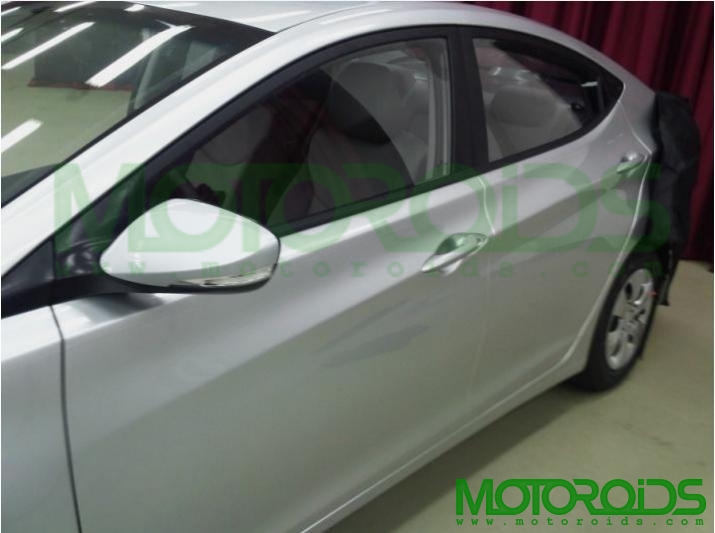