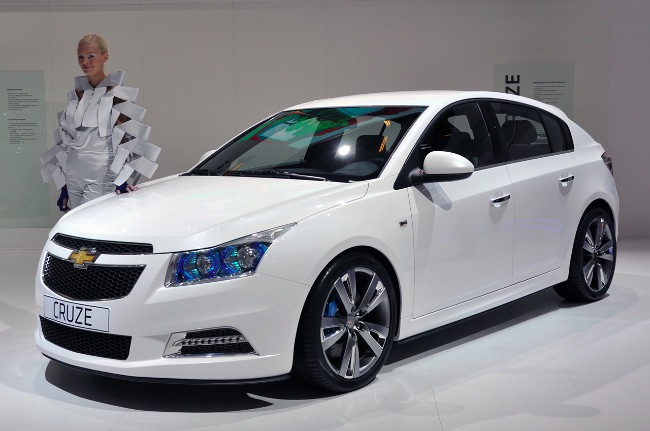 The much awaited and impressive looking 5- door hatchback version of the Chevrolet Cruze has been unveiled at Paris Auto Show for the European markets. The Cruze hatchback will use the same engines as found in the sedan, when it enters production by the end of 2010. Cargo capacity for the hatch is close to 400 litres and will feature 60/40 split rear seating. The hot hatch is expected to go on sale in Europe in mid 2011, after which it will land on the Indian shores. Expected price will be revealed later, as reported by the company.

To read more about the 2011 Chevrolet Cruze Hatchback, refer to our previous posts, here and here.