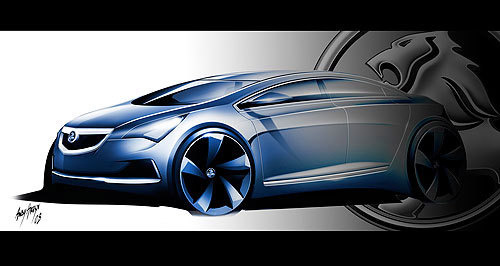 General Motors has confirmed that it will unveil four new Chevrolet models at this year’s Paris Motor Show. Two of these are confirmed to be the production models of the 2011 Aveo twins (sedan and U-VA hatchback) and the 2011 Orlando. The other two however are a mystery as of yet. Australian website ‘Go Cars’ is claiming that the third model that will be unveiled is the hatchback version of the Cruze. The car is designed by Chevy’s Australian sibling, Holden, and be manufactured and sold in Australia initially. Whether the car will come to India is something that can’t be speculated as of now. The Cruze sells as the Optra replacement in a lot of markets. The hatchback version of the last generation Optra, called the SR-V in India, did not have a positive impact for GM India. However, the Cruze has been very well received in our country so a hot hatch based on this machine could be a fair roller for GM India. Whether GM India feels the same or not is something that time will tell.

The 2011 models of the Aveo sedan and Aveo U-VA that we scooped earlier will be displayed in their production ready form at the Paris Motor Show this year, will come to India by mid-2011. The new, aggressively styled Aveo’s should change the fortunes for the ‘Aveo’ brand the same way the new Cruze did for the Optra in India. The other vehicle that we expect to be unveiled at the 2010 Paris Motor Show is the 2011 Chevrolet Captiva. This vehicle would be nothing bigger than facelift with some tweaks to the drivetrain. This model will replace the existing Captiva in India by early 2011. Stay tuned to Motoroids as we bring you official photos of these vehicles as the Paris Motor Show inches closer.