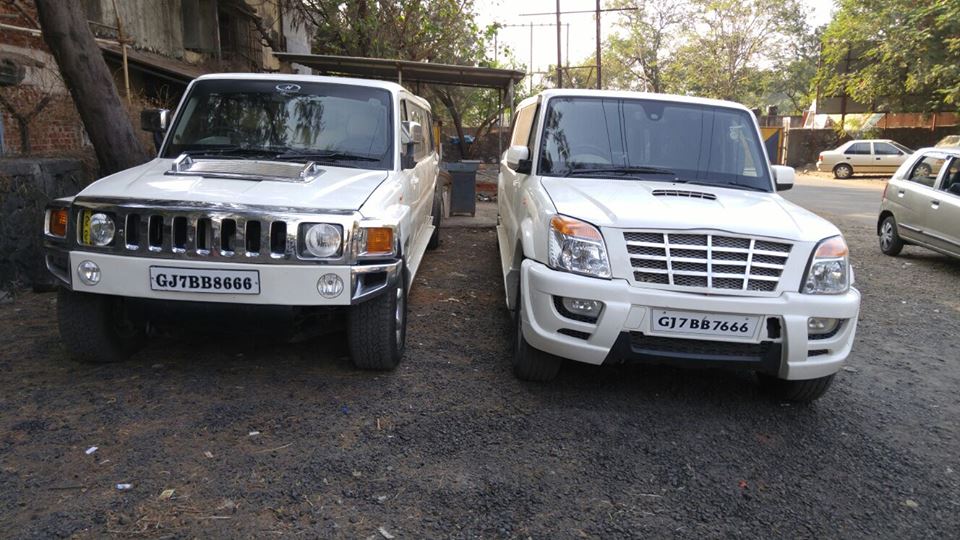 Two models of the Mahindra Scorpio that were illegally modified to the length of a limousine were seized by the flying squad of the Vashi RTO. The RTO officials said that modifying the dimensions of the car is a violation as per the Motor Vehicles Act. 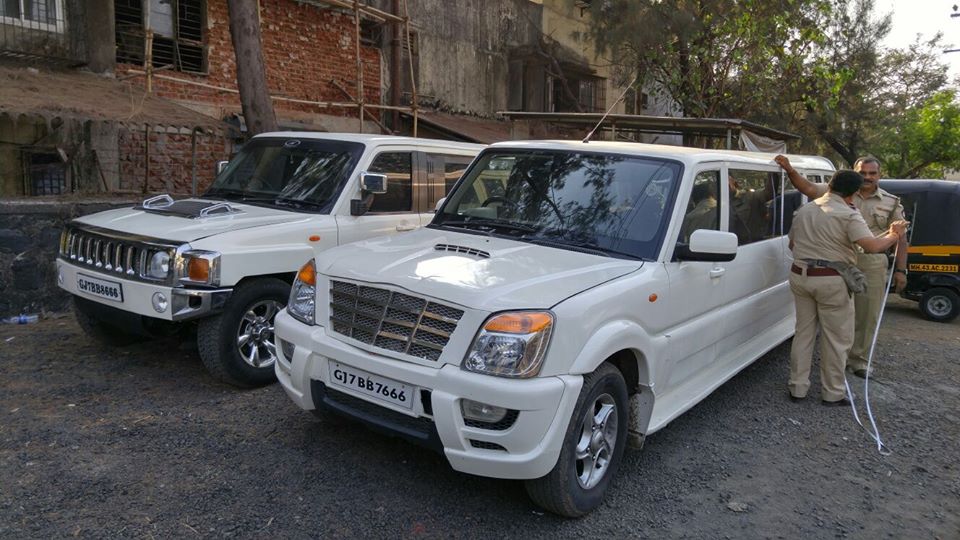 The vehicles that were seized in Vashi and Andheri were registered in Gujarat and belong to a limousine company known as NWT Limo International located in Anand, Gujarat. The vehicles were hired for a function in Mumbai at a princely sum of Rs.10, 000 per hour.

The Scorpio “limousines” were modified in a way that altered the length of the vehicle thereby affecting the safety and integrity of the vehicle. The interiors of the seized cars feature a bar, a TV and LED lighting. One of the models was fitted with a chrome grille and bumper to mimic a Hummer while the other vehicle was fitted with the headlamps of a Wagon-R and the grille inspired from a Cadillac Escalade. 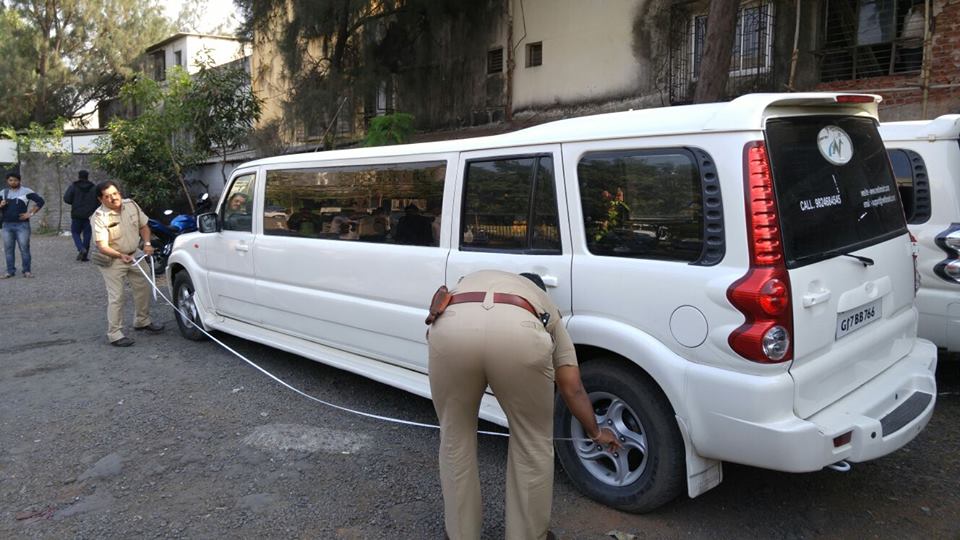 Anandram Wagle, Inspector, Vashi RTO, while speaking to Times Of India said “The vehicles were extended by 1.6 meters and the chassis altered at a cost of around Rs. 25 – 30 lakh per vehicle. The limo’s driver said that many agencies are operating in Gujarat charge Rs. 10,000 per hour for such vehicles. The amenities include a sitting deck, bar, 31-inch TV and LED lights.” Wagle further went on to add, “As per the documents, these are 2011 and 2012 models of Scorpio. The visiting cards that we have found state that the services by the company are provided all over India and the USA. They were on offer for airport transfers and for functions like weddings.”

As the modifications were deemed to be illegal, the RTO has ordered the owners to show the relevant documents failing which the registration of their cars would be cancelled and the vehicles could be consigned to scrap.