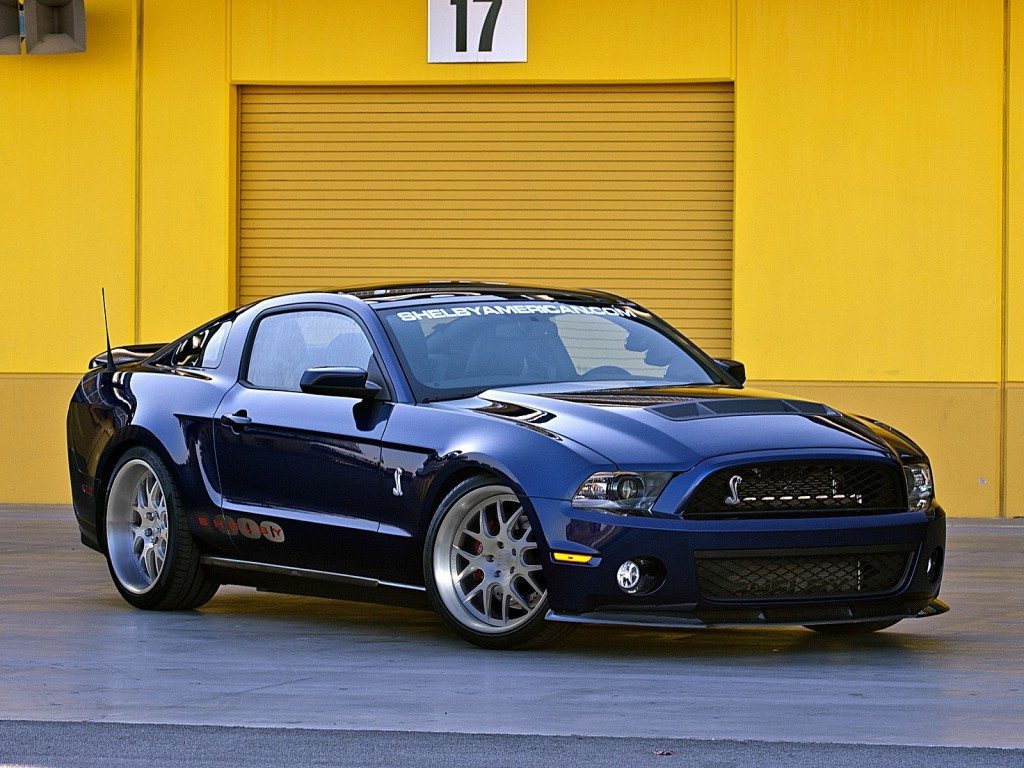 The most powerful muscle car in the world is about to be unveiled at the New York International Auto Show with Shelby American introducing the street legal 2013 Shelby 1000 S/C. Based on the Ford Shelby GT500, the 5.8 litre V8 engine is tuned to pump a monstrous 1200 bhp on the 2013 Shelby as compared to 662 bhp on the GT500. A new adjustable suspension, bigger brakes and an enhanced cooling system have been put in place to compensate for the extra power. It’ll be fun to see it go up against the likes of more exotic cars and moreover on a drag strip! Though the bhp figures are there to see, muscle cars are all about torque and one can expect the Shelby to make the earth rotate the other way round.

“The 2012 Shelby 1000 was launched to great acclaim at the New York Auto Show last year to celebrate our 50th anniversary,” said John Luft, president of Shelby American. “We’re bringing back the Shelby 1000 to New York, but with Ford’s new 2013 Shelby GT500 as the base car. With its new engine, launch control, adjustable suspension and other new enhancements, we’ve created a car with even more capabilities. The 2013 Shelby 1000 incorporates everything we’ve learned over five decades of creating high-performance vehicles.”

“The 2013 Shelby 1000 is the most powerful production muscle car on the market,” said Vince LaViolette, Shelby American’s test driver. “But this car cannot be defined by just its amazing power. The steering provides wonderful feedback and the car tracks beautifully, giving it an athletic feel. It attacks corners, ripping through them with minimal body roll and tremendous grip. Yet the Shelby 1000 can be so docile that you can cruise it down the streets of Manhattan.”

Pricing starts at $154,995 and only a 100 units will be built with every car being registered in the official Shelby directory.