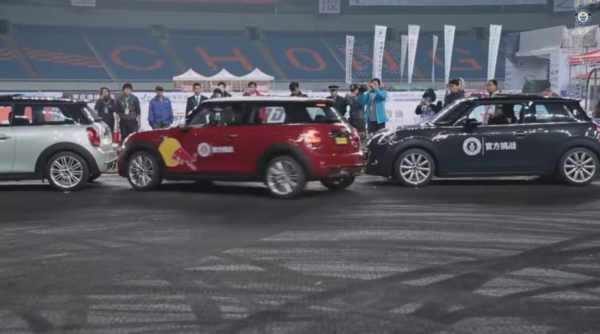 Chinese drift racer Han Yue has created a new Guinness World Record for the tightest parallel parking. The new record was created during the China Drift Championship where he parked a MINI 3 Door Hatch, with just 8 cm of extra space between the other two cars. He has broken the earlier record of 8.6 cm set by British driver Alastair Moffatt in July last year. Check out the video of the record breaking feat below