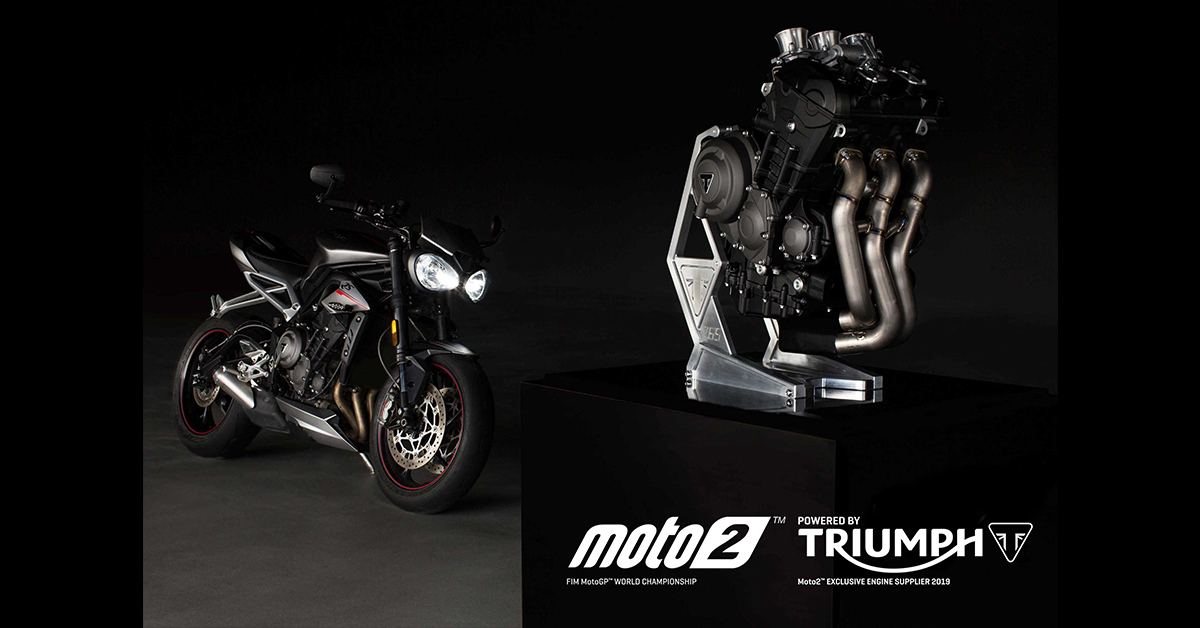 Triumph Motorcycles has signed a three-year deal with Dorna, the commercial rights holder of MotoGP, to supply race tuned 765cc three cylinder engine for the Moto2 World Championship from 2019. The new Moto2 engine is said to be a significant development of the Daytona 675R engine that has powered supersports wins at the Isle of Man TT, Daytona 200 and British Supersports Championships in 2014 and 2015.

The race specification Triumph 765cc Moto2 engine, based on the powerplant that fuels the 2017 Triumph Street Triple RS, has been developed further to allow the engine to breathe more freely and rev harder than the production bike; increasing overall performance. Other changes have been made specifically to adapt the engine for race use, including these modifications:

You May Like – Man, Machine And The World : Magnus and Patricia’s Triumphant Journey 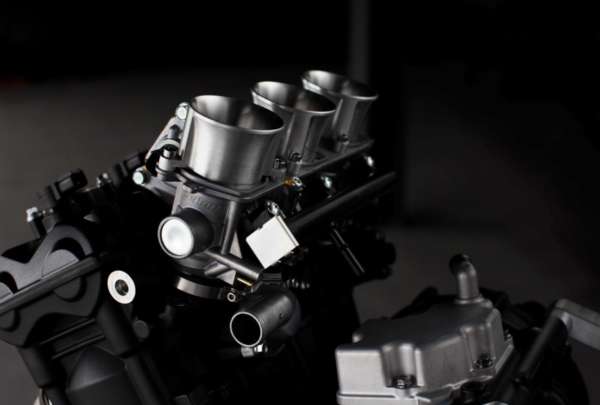 Speaking about the new deal, Paul Stroud, Chief Commercial Officer for Triumph Motorcycles, said that this is a significant moment for Triumph that brings a new chapter to the Company’s 110-year racing history and builds on the celebrated TT and Supersports race winning triple engines.

Carmelo Ezpeleta, Chief Executive Officer of Dorna added that the Triumph triple engines are renowned for their strong, linear power and torque delivery and have achieved many successes on the track making them the ideal choice for the Moto2 Championship. He also added that Dorna is looking forward to the 2019 season and the beginning of a new generation of Moto2 in partnership with Triumph.