At the end of Stage 3 of the 4th Day of the Rally Of Morocco, Sherco TVS Rally Factory Team put up a tough fight in the Marathon stage (FIM Motorcycle Category). The rally started with a rocky terrain that had its own challenges for the riders, which took them from various difficult terrains and slopes. Also, the riders felt much more confident about their bikes; as they spent more and more time with their finely tuned rides provided by TVS. At the end of the second and final leg of the marathon stage, the riders had completed a total of 540 kilometres in total and at the end of the 3rd stage, the TVS Rally Factory Team riders: Johnny Aubert managed to get P4, while Michael Metge reached P9 and Lorenzo Santolino managed to reach P12. 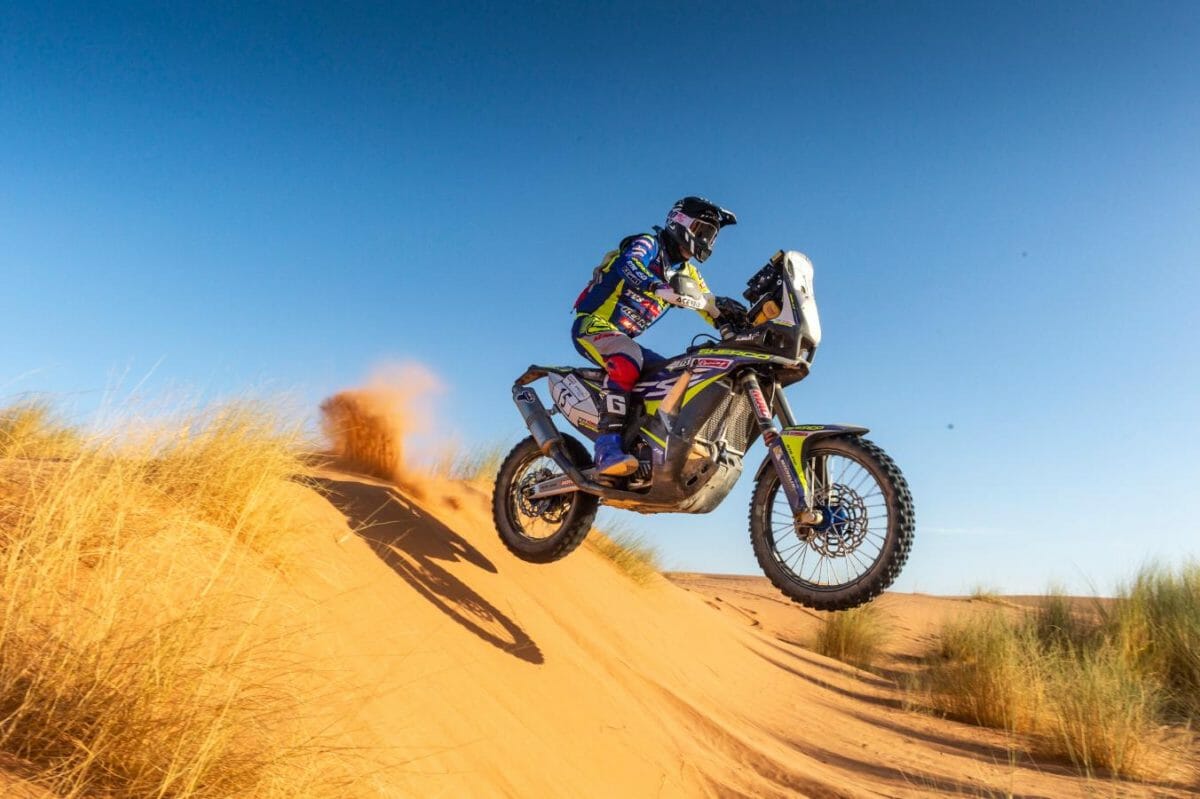 The Sherco TVS Rally Team’s racer who hold the P4, Johnny Aubert conveyed that he was happy at the end of the Marathon stage with a good note and that the first half was a bit tricky where the rocky terrain tested him, to which he also added that the rest of the race was smooth which is where it helped them grab the lead. Further, he ended his good note saying “I am grateful to the team for developing the bike as per the need of the track and my confidence with handling the bike is increasing along with each stage.” 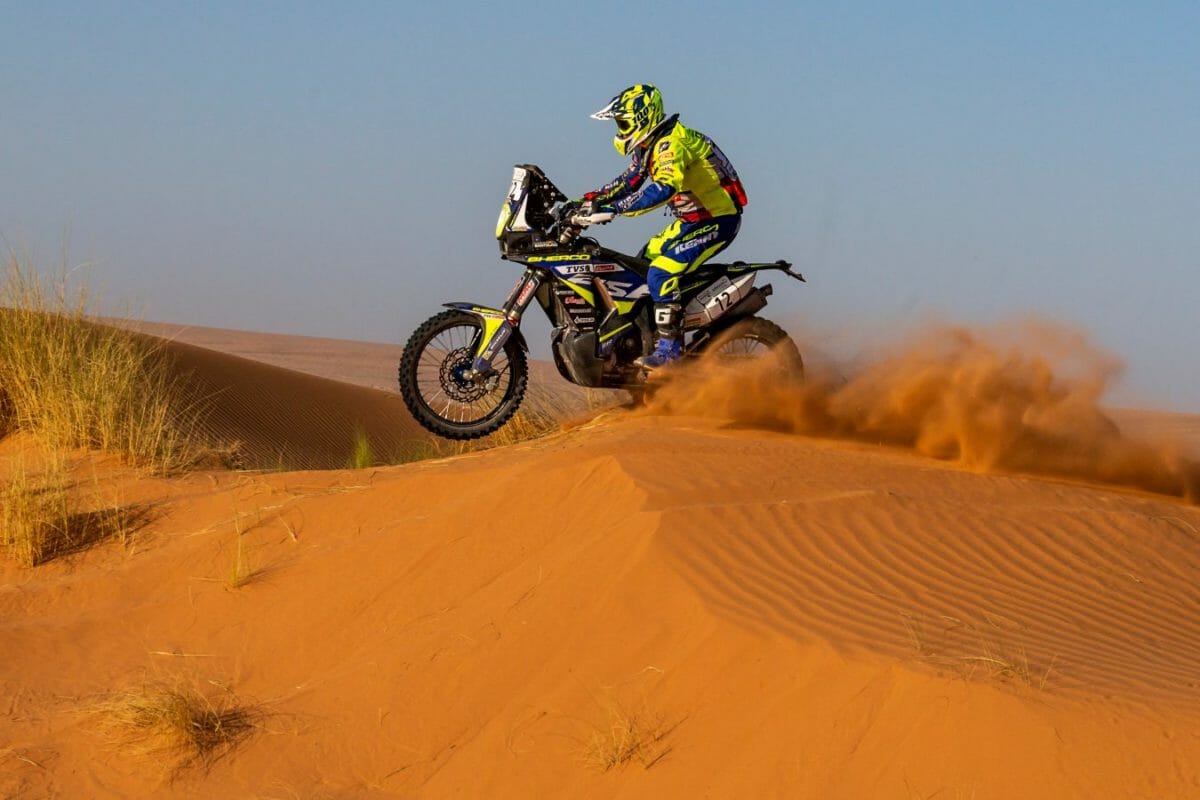 Meanwhile, Davis Casteu who is the team manager of the Sherco TVS Rally Factory Team addressed that, “We are thrilled to finish the marathon stage with good rankings. Johnny is riding remarkably well in the Rally, with Michael and Lorenzo working together to give a strong finish to the team. Our technical team is giving constant support to our racers without taking rest for a single day and I can’t thank them more.” After this really exhausting stage, the riders look back happily, resting, relaxing and preparing for their next stage. The Penultimate Stage 4 of the rally will cover 510 Kilometre to Erfoud. 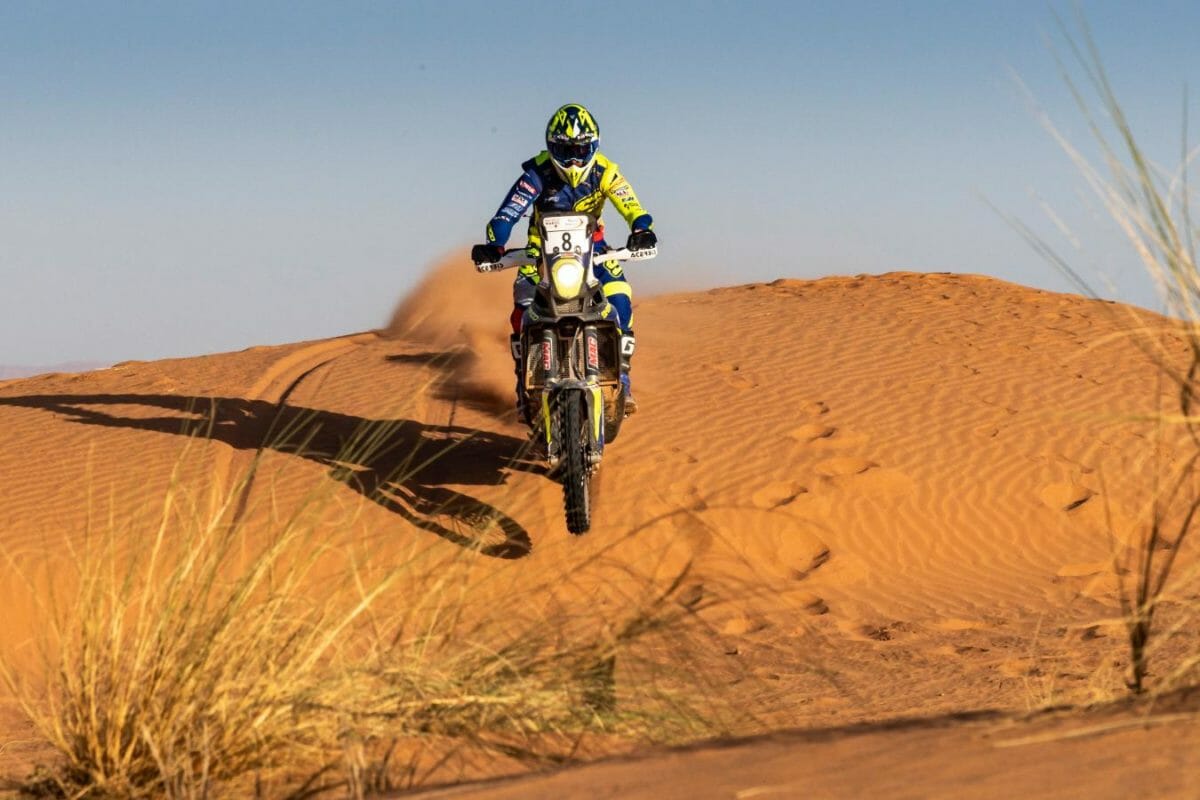