Armaan Ebrahim who competes in the FIA GT Series and Aditya Patel who participates in the International GT Open Series were guest drivers in the 17th JK Tyre Racing Championship. They started in the last position on the grid, but showed their class and did not disappoint the crowd as they finished in second and sixth positions respectively in the powerful FB02 cars. 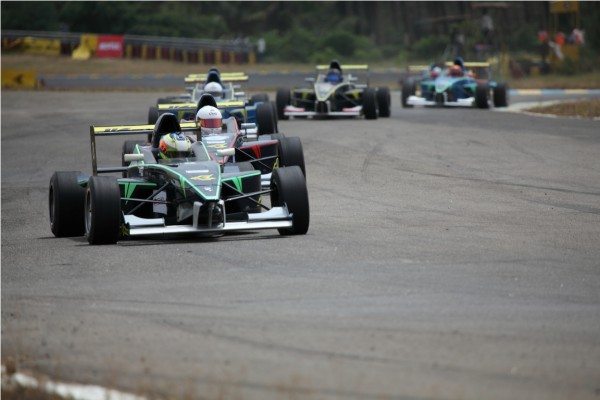 Armaan was glad to be back at this track. “I am racing on this track after 10 years, it was fun to race with this guys. It was a great feeling and I would like to thank JK Tyre Racing for giving me this opportunity. It nice racing against the young drivers and for most of the race they were level with us and I have a lot of respect for them. They had also been close to us pace wise and also had the consistency. They did not make it easy for us. Nayan (Chatterjee) held me up a bit and Ananth (Shanmugam) did a fantastic job. He knew what my strengths were and defended accordingly,” Armaan told media persons. “They still have a lot to learn in race circumstances he mentioned.

Armaan also pointed out that this championship is good for the youngsters. During our times we did not know about data and slicks, but today all that is available and it can be compared with what we get outside at international events. The young drivers need to accumulate all this information and use it to their advantage,” he stressed.

Aditya felt good about racing with the youngsters. “Like us they are also race drivers and nothing would give them more pleasure than holding up someone with more experience behind them.” 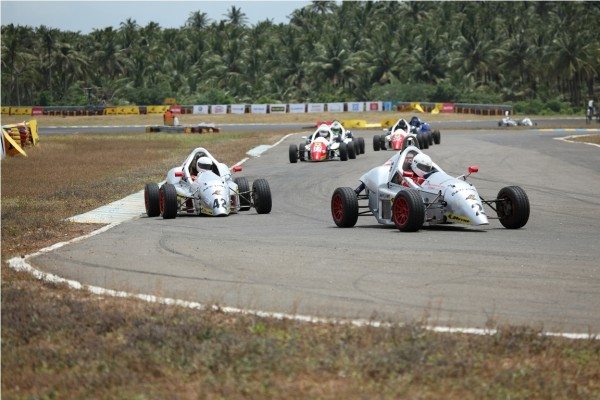 Aditya said that he was making his way out at the beginning and made a move on Sandeep (Sharma) but he made a dive on me and went out hard. I was forced to off track and went off the leaders. That’s where I lost out and could have done better if I had gone for the inside.”

Twenty-year-old Vishnu Prasad, who had completed a hat-trick of wins in the first round last month, started off in pole position and maintained the lead throughout the 15-lap race to once again assert his dominance by taking the chequered flag in a time of 16:40.777 at the at the Kari Speed Motorway on a windy Saturday. Following the leader Sudarshan was Ananth Shanmugam in 16:44.743 in second place and Nayan Chatterjee in 16:45.477 in third place. Meanwhile, Sudarshana Rao of Dark Don Racing, who had finished second to teammate Daljith T. Saji in all the three races in the first round, clinched his maiden win with a time of 18:35.061. Meco Racing teammates Vishnu Prasad and Rahul Rangaswamy were placed second and third. Diljith, who had a hat-trick of wins last month started from the front and stayed in front till the 10th lap but went off track and was unable to get back in the front and finished in seventh place.