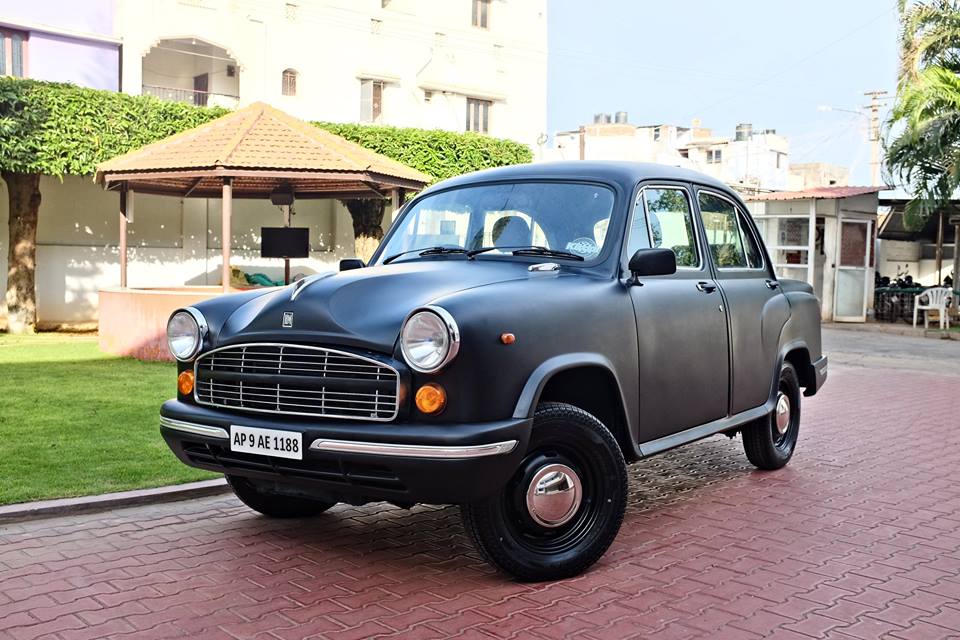 Right after we got de-colonized, the HM Ambassador became half the face of a nascent Indian automotive scene. The other half was the Premier Padmini.

The Ambassador lived on until recently, mostly in its hometown of Kolkata as honest taxi cabs, their tired suspensions crashing over the city’s tram lines.

It is still loved by many, who swear by its cavernous cabin, the sofa-like rear seat and the solid build. 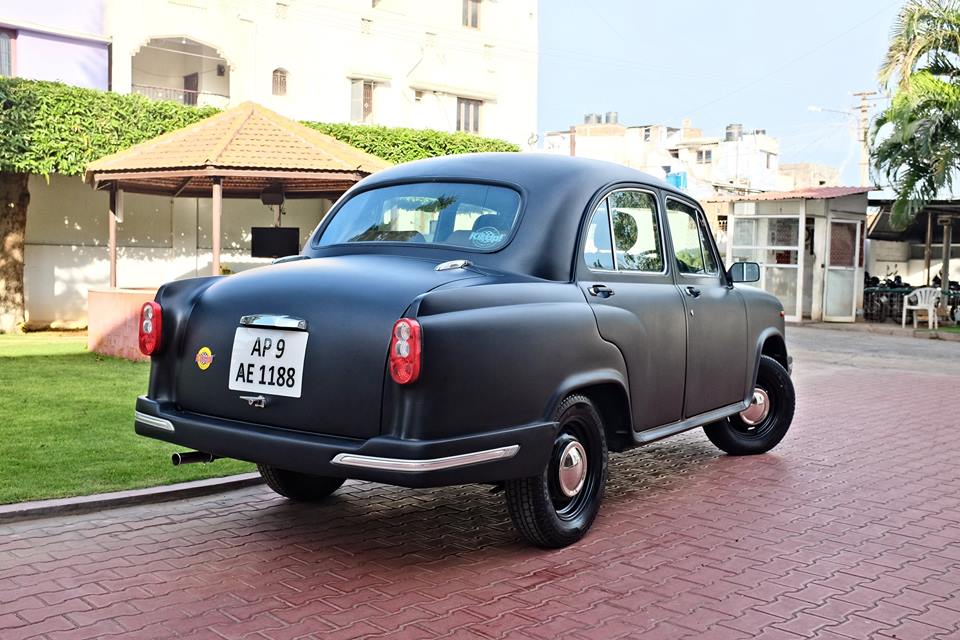 This particular example seems to be well loved as well, as it has been impeccably restored to its former glory, albeit with some pop touches.

The restoration, implemented by Coimbatore based Kit Up Automotive, is headlined by a stealth Frozen Midnight Black paint job.

Even the wheels have been swathed in black, making those classic chrome hub caps stand out. 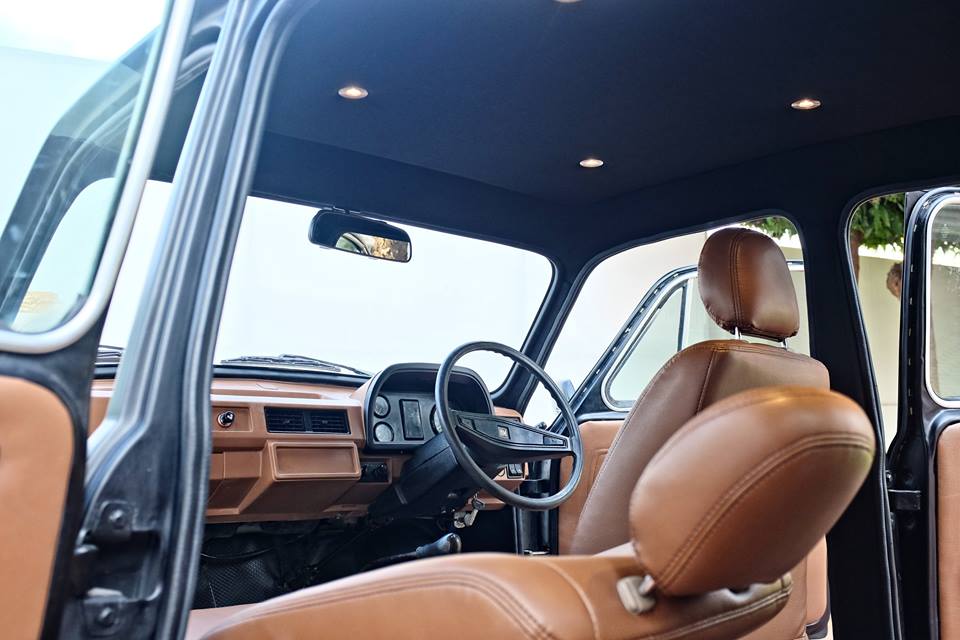 The interiors have been done up in tan leather, the material enveloping the seats and the door pads, while the dashboard gets a shade of tan as well.

The dome-like roof has been revisited with a new, black fabric headliner that has six LED lights embedded to it.

Since this is a restoration, the rest of the vehicle has been also buffed up to match the original factory finish with next to no modifications, apart from probably an upgraded electrical system.

That also means that under the hood, this Ambassador’s 2-litre diesel engine (or an Isuzu sourced 1.8-litre petrol engine) still sings like it used to in its glory days.