Street and Racing Technology (SRT) is the high-performance division within FCA which adds more teeth to road going Demons like the Dodge Challenger SRT Hellcat and the Jeep Cherokee SRT. Built in India, FCA’s hot-selling Jeep Compass hasn’t really caught SRT’s attention, yet, but KitUp Automotive has slapped one of those high-performance badges on the baby Jeep and added more gloss to this Red Compass’ allure. Is this Compass now powered by a motor which threatens to eat up the SUV’s wheels? No. Because that ‘SRT’ badge doesn’t bring along any of its hay eating friends along. 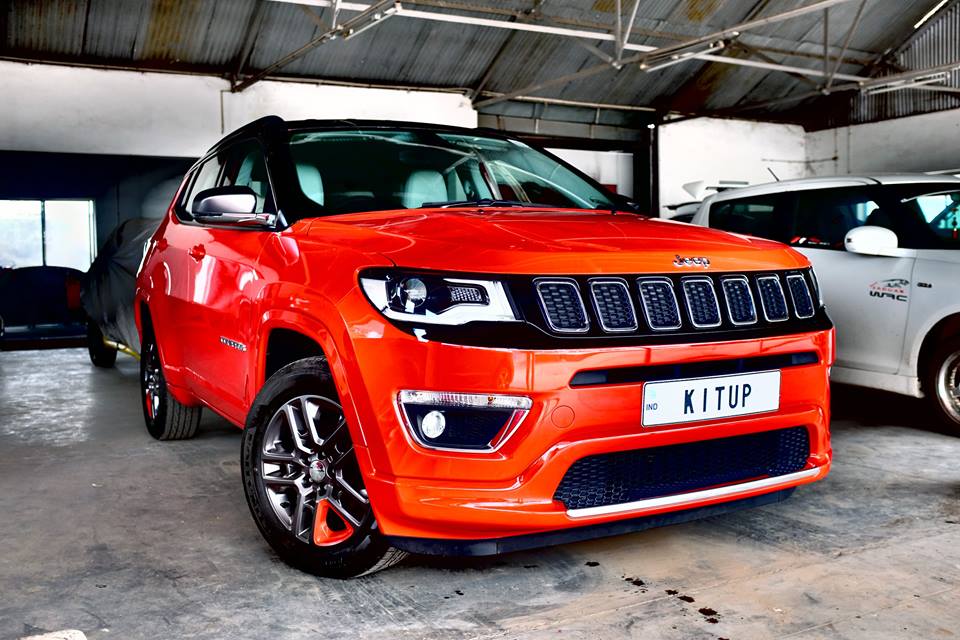 Mechanically still the same, this Jeep Compass’ makeover is purely cosmetic, where the black cladding which underlined the SUV has been painted to match the body colour. To match the contrast effect of a glossy black roof, KitUp has added some black detailing under those opaque seven slats up front. 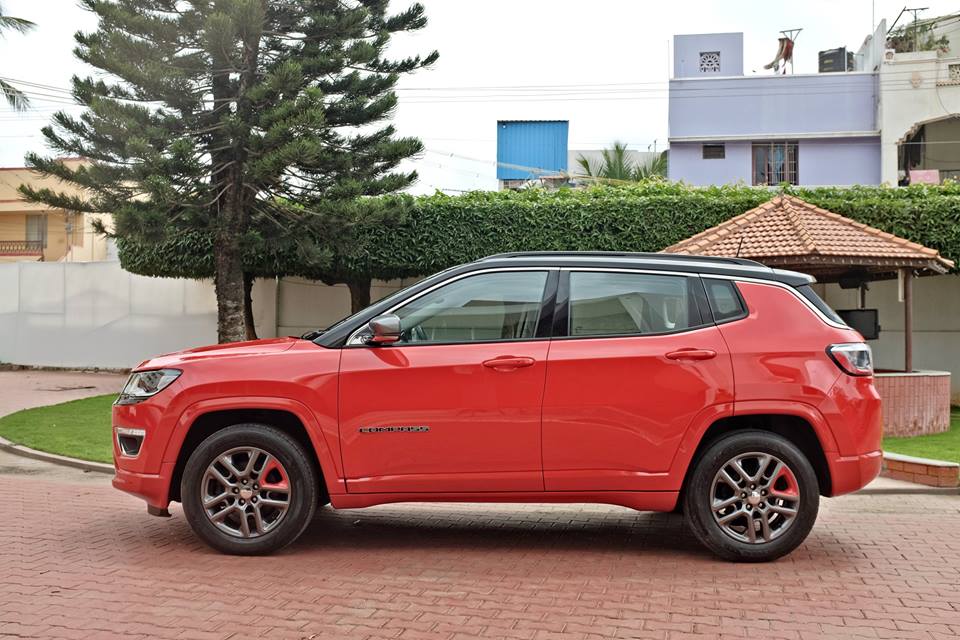 Factory-spec alloy wheels have been finished in a shade of Titanium, where one of the hollow areas between the spokes has been painted in Glossy red. Then there’s that famous badge which doesn’t make this Compass rotate any faster than it already does, and just sits there as a dummy at the bottom right of the tailgate. The Audio system has been customised but there aren’t any details available of the changes it has gone through. Fog lamps and those projector headlights get LED treatment, which isn’t available as standard on a stock car. 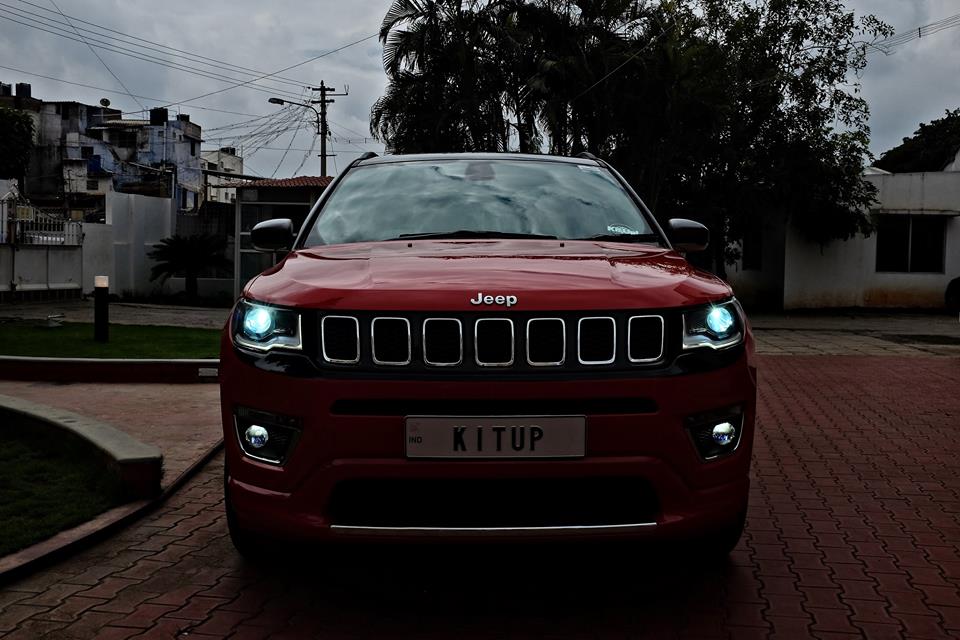 What the stock car could soon get though is the option of a factory fitted sunroof, which was confirmed when a test mule was spotted with a partly transparent roof recently. What is also being tested is the Jeep Compass’ diesel-powered automatic variant, which could appear in showrooms by early next year. The luxury of an auto gearbox paired with the 2.0-litre Diesel motor could take the price higher than the current top-of-the-line trim. Unless the auto diesel trim doesn’t come with 4×4 as standard and skips on a few features available on the top-spec model. 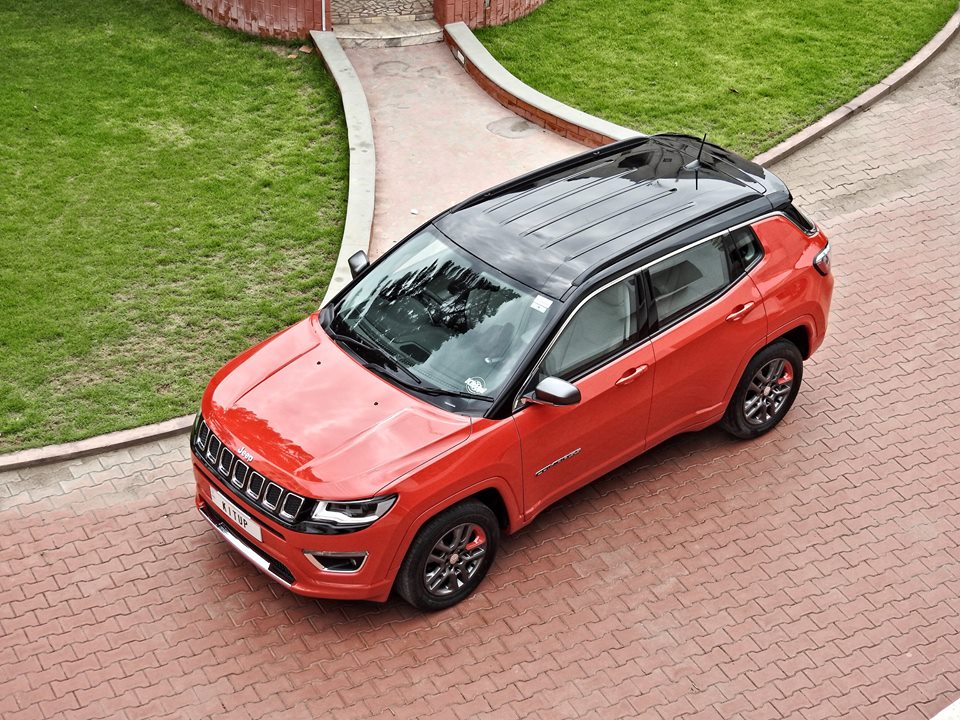 Current engine options on the Jeep Compass include a 1.4-litre Multi-Air petrol engine and a 2.0-litre diesel engine. While the former is capable of producing 160 bhp and 250 Nm of torque, the latter produces 171 bhp and 350 Nm of torque. Transmission options include a six-speed manual unit as standard while a seven-speed DCT unit is currently available as an option, exclusively with the petrol motor.