The MG Hector had been spotted testing under camouflage on Indian roads for the last few months. But, a few undisguised photos have now emerged on Instagram account Eurocarspotter which shows an SUV wearing the MG Hector badge. The Hector was spotted near The Lalit Hotel in London along with British actor, Benedict Cumberbatch at the wheel of the car, filming for its official TVC. The British Actor is globally known for his role as Sherlock Holmes and has also featured in a Jaguar-Land Rover advertisement as a narrator. The Hector is actually based on the China-spec Baojun 530 and MG Motor has been working hard to make the SUV adaptive to Indian conditions and buyers.

MG Motor had previously announced that it has managed to localise nearly 75% of Hector’s parts at its Halol based plant in Gujarat to reduce the production costs. This would help MG to have a competitive price in the market, considering the fact that the Hector will come with multiple segment-first features along with best-in-class performance. The Hector will be equipped with a 1.5-litre turbocharged petrol engine which will produce 143 HP and 250 Nm of torque and a 2-litre Fiat-sourced diesel engine will produce 173 HP and 350 Nm of torque. These engines will be paired to a 6-speed manual transmission or the other in-house developed dual-clutch automatic transmission. The automatic unit will come with a dedicated ‘Sport’ mode along with paddle shifters, which would enhance the sporty driving feel. 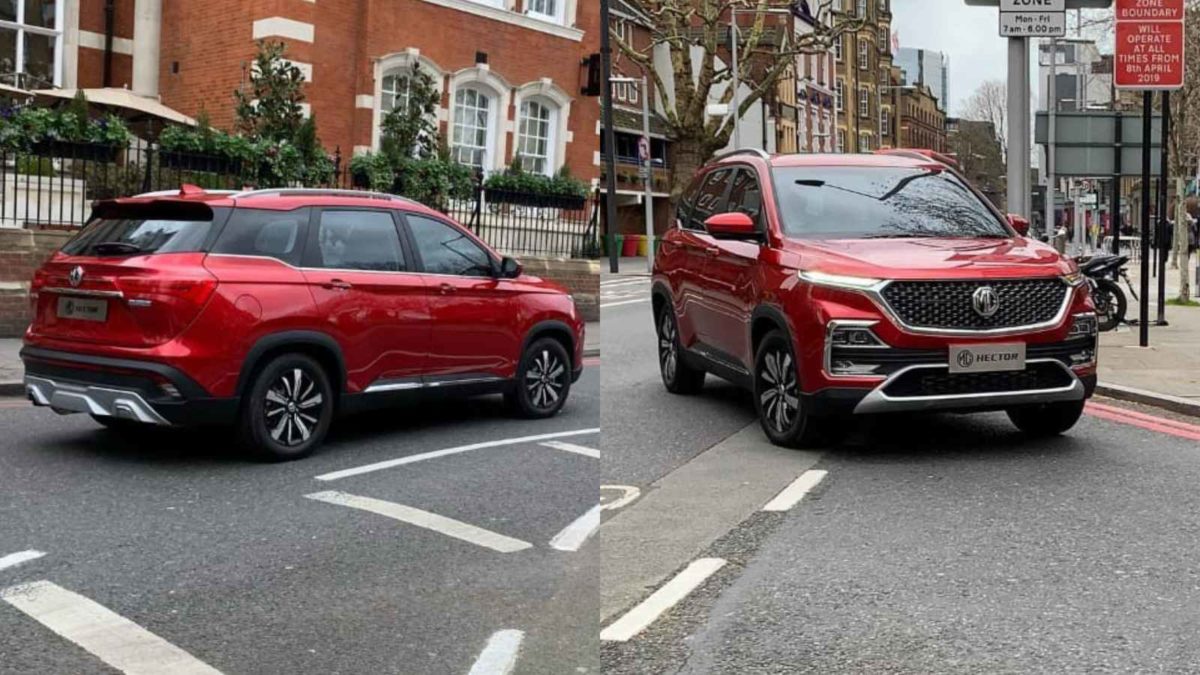 Also Read: MG Hector Full-Size SUV To Be Out In Mid 2019; What Can We Expect?

The new Hector is expected to come with a long list of features that include a large panoramic sunroof (on top-end variants), a vertically mounted 10.4-inch touchscreen infotainment system with Apple CarPlay and Android Auto connectivity, plush leather upholstery, Harman Infinity sound system, a 360-degree surround view camera and a lot more. The MG Hector will be launched in India in the next few months. It will be priced aggressively at around Rs 15-20 lakhs, to compete with its rivals, such as the Tata Harrier, the Mahindra XUV500, Jeep Compass, Honda CR-V and the Hyundai Tucson.