The Mercedes-Benz SLR McLaren is one of the most beautiful automobiles ever produced. Starting with a stunning F1-inspired nose followed by an impossibly long hood hiding a super-charged V8 engine (that breathes out through tasty, fender positioned side slits), the SLR’s shape culminates into stubby boot. Those gorgeous wheels with their propeller inspired spokes are just the icing on the cake. 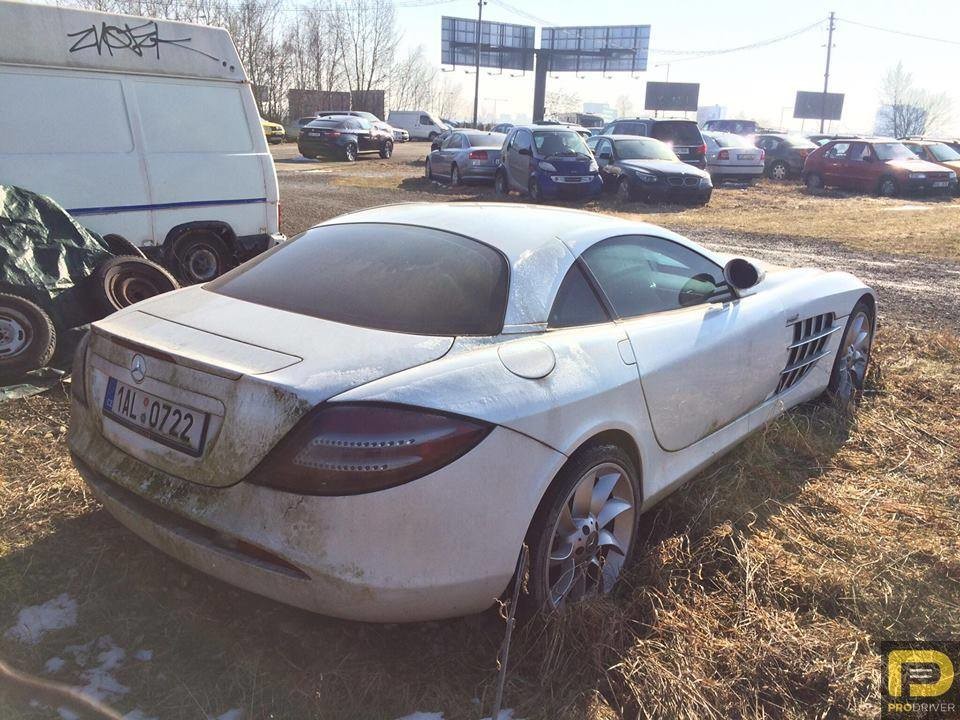 It’s quite heart breaking then, to see one of them lying in such a pitiful state. This white Mercedes-Benz SLR McLaren has been left to rot in the Czech Republic after being seized by the police in 2011. Reports suggest that it has been sitting at a police parking complex ever since, and it cannot be touched until the police finish an inquiry into a theft involving a local leasing company. 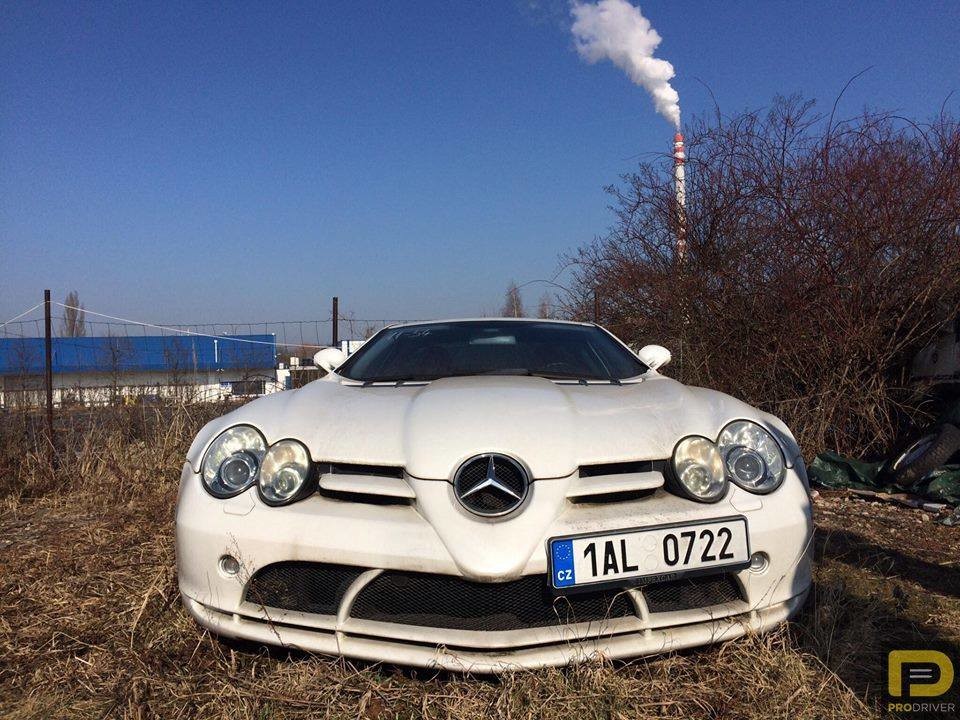 We hope someone rescues it soon, and then gets it back to its prime. In its prime, the SLR McLaren locked horns with the Ferrari Enzo and the Porsche Carrera GT, but was less hardcore than them, with more focus on being a capable GT. That V8, displacing 5.4 litres, delivers 617 hp and 780 Nm, enough to propel the SLR  from 0 to 60 mph (97 km/h) in just 3.4 seconds.