The legendary G63 AMG 6×6 is probably the the most identifiable exponent of the 6×6 genre of vehicles. While an application of the 6×6 concept is rarely seen in the passenger car industry, armed forces have been utilizing the setup for better reliability and traction since ages, now. There is, however, a passionate off-roading aficionado who created a six wheeled machine (not a 6×6 functionally, though he calls it that) of his own, much before the good blokes at M-B had even conceived their creation. Using two Mahindra 540 vehicles, Julian Joseph, gave birth to his 6×6 SUV way back in the year 2010, three years prior to M-B introducing the G63 AMG 6×6. Fun fact – the colour of this extraordinary machine also gives away its name. Pretty much. 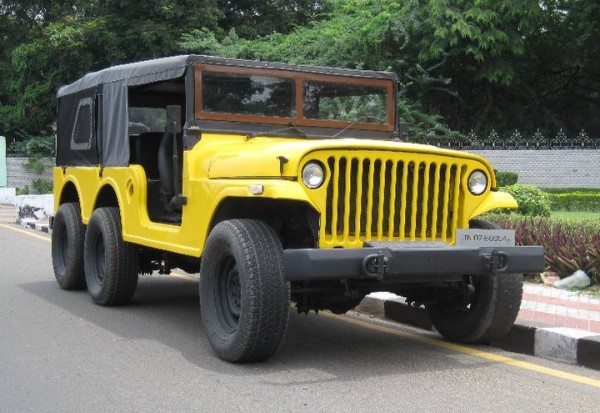 This yellow Jeep is called the Yellow Fox and yes, it is BIG.

The Yellow Fox is the brainchild of an automobile junkie who goes by the name Julian. To create the Yellow Fox 6×6, Julian had to go looking for donor vehicles and it wasn’t long before he found them. According to its creator, this Indian 6×6 had to be an “out of the box” solution for a recovery vehicle. Julian arranges for club rides regularly and wanted a machine that could haul loads of riding gear and other items. Seems like that won’t be a problem here. 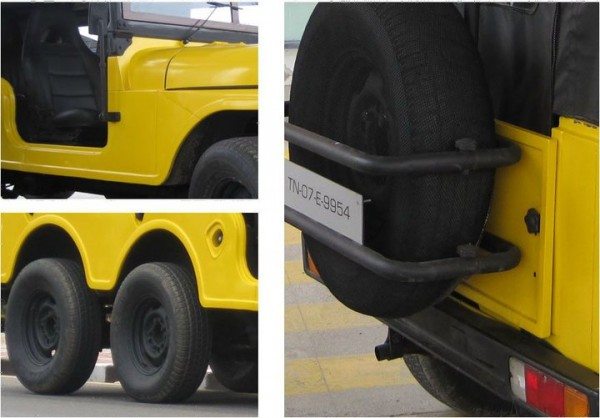 Birth of the Yellow Fox took the sacrifice of two Mahindra 540s. One of the two vehicles was in a desirable condition and hence demanded an amount of INR 1.75 lakh during its purchase. The second donor on the other hand wasn’t in a good state of health and Julian got it for a rather small sum of INR 40,000. According to Julian, the biggest hurdle was putting the two separate Mahindra 540 Jeeps into the body of a single vehicle. 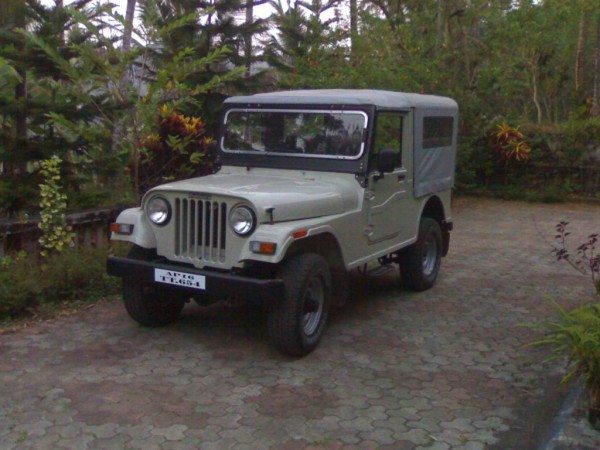 A standard Mahindra 540. Julian took two of these to create the Yellow Fox.

Julian had to craft an all-new chassis for his giant Yellow Jeep. It also bears more slats in the front grille, giving away the fact that the Yellow Fox is wider than the regular Jeep. Talking of which, the old-school engine of the donor car was replaced by a more powerful and quieter motor sourced from the Mahindra Bolero. Julian also reduced the overall height of the Yellow Fox for some added stability. The latter was also aided by six tyres from another SUV. This time, a Ford Endeavour. Gone was the manual steering and in came a new power-assisted unit. 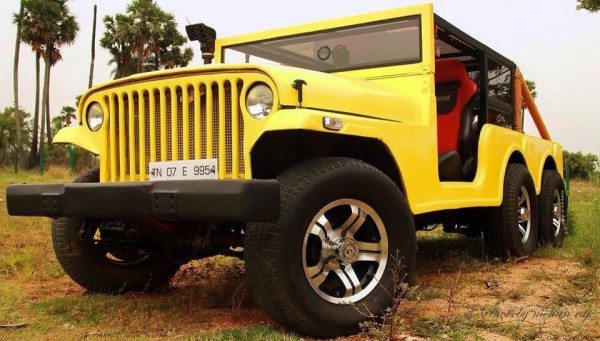 The latest photo by Julian shows his Yellow Fox has got some upgrades.

The above image shows that Julian has been refining his creation. There’s now a roll cage for occupant protection and a snorkel system for more efficient water wading. The six massive wheels also get fancy alloys for that added splash of style. Though impressive to look at, the Yellow Fox is only a 4×4 with two extra wheels. This means that only four wheels get powered by the engine, whilst the other two just roll along with the car. That said, this is quite an impressive job and it took Julian 11 months to be carried out. The total cost, including the purchase of two Mahindra 540s and the modification came to INR 3.25 lakh. Check out the video below for more.